Written By:
Luke Ward
Last Updated:April 10, 2022
Reading Time:
18 Minutes
Filed Under:
Animals
It takes 3,000 cows to supply the NFL with enough leather for a year's supply of footballs.

A python can swallow a rabbit whole and may eat as many as 150 mice in a six-month period.

The placement of the eyes of a donkey enables them to see all four of their legs at all times.

At birth, a panda is smaller than a mouse and weighs about four ounces.

Oysters can change from one gender to another and back again depending on which is best for mating.

The average length of a Giant Anteater is around 6 and a half foot (2 meters), although about half of this is their long bushy tail.

Hummingbirds beat their wings 60 to 80 times per second.

Only half of a dolphin’s brain sleeps at a time. The other awake half makes the dolphin come up for air when needed to prevent drowning.

It takes 3,000 cows to supply the NFL with enough leather for a year’s supply of footballs.

The word “peacock” doesn’t actually apply to both the male and female birds. It’s only the males that are called peacocks, while the females are called peahens.

Small quantities of grapes and raisins can cause renal failure in dogs.

The hippopotamus is born underwater.

Taurophobia is the fear of bulls.

You can tell a turtle’s gender by the noise it makes. Males grunt, females hiss.

A large group of goats is called a herd.

The average chicken lays about 260 eggs per year.

A starving mouse will eat its own tail.

Only 5 to 10 percent of cheetah cubs make it to adulthood.

Ferrets sleep around 20 hours a day.

Birds can recognize landmarks, which they use to help them navigate.

The starfish is the only animal capable of turning its stomach inside-out.

Male dogs will raise their legs while urinating to aim higher on a tree or lamppost because they want to leave a message that they are tall and intimidating. Some wild dogs in Africa try to run up tree trunks while they are urinating to appear to be very large.

Sharks have been around longer than dinosaurs.

About two-thirds of shark attacks on humans have taken place in water less than six feet deep.

Sharks are immune to cancer!

Worldwide, more people eat and drink milk from goats than any other animal.

The most popular dog breed in Canada, America, and Great Britain is the Labrador Retriever.

Approximately 100 people die each year when they are stepped on by cows.

A group of butterflies is known as a flutter.

The sperm whale is the loudest animal. Their clicks have been measured at 230 dB.

In Croatia, scientists discovered that lampposts were falling down because a chemical in the urine of male dogs was rotting the metal.

In the Caribbean there are oysters that can climb trees.

The blue whale is the largest of all whales and is also considered the largest animal to have ever existed in the world.

Giraffes have no vocal cords.

Starfish have five eyes – one at the end of each leg.

There are almost 60 million dogs in the United States.

After eating, a housefly regurgitates its food and then eats it again.

A mole can dig a tunnel 300 feet long in just one night.

Back in 1924, a monkey was convicted in South Bend of the crime of smoking a cigarette and sentenced to pay a 25 dollar fine!

Flamingos are pink because shrimp is one of their main sources of food.

The Mayans and Aztecs symbolised every tenth day with the dog, and those born under this sign were believed to have outstanding leadership skills.

French poodles did not originate in France – they came from Germany.

The breeding age for male goats is between 8-10 months.

Elephants don’t drink through their trunks like a straw.

Baby whales grow to a 1/3 of their mother’s length in the womb.

Goats do not have teeth in their upper front jaw.

Goat’s milk is higher in calcium, vitamin A and niacin than cow’s milk.

Turkeys have a poor sense of smell, but excellent sense of taste.

Tuna fish can swim 40 miles in a single day.

Bumblebees have hair on their eyes.

Penguins can jump 6 feet out of water.

Giraffe hearts pump twice as hard as a cow’s to get blood to its brain.

Blue whales have large enough aortas (the main blood vessel) for a human to crawl through.

Some dogs can smell dead bodies under water!

More than 45 million turkeys are cooked and eaten in the US at Thanksgiving.

Baby whales can gain up to 200 pounds per day.

Dogs have a wet nose to collect more of the tiny droplets of smelling chemicals in the air.

Cats have over one hundred vocal sounds, while dogs only have about ten.

Cat owners are 30% less likely to suffer a heart attack.

A cheetahs lifespan is up to 12 years in the wild.

Shark corneas are being used in human eye transplants.

Dogs are about as smart as a two or three-year-old child.

Butterflies have their skeletons on the outside of their bodies, this is known as the exoskeleton.

Arachnophobia is the fear of spiders.

Butterflies can only see the colors red, green, and yellow.

Yellowtail is the general name for loads of different species of fish that have yellow tails or a yellow body.

There are roughly twenty-four thousand species of butterflies.

A dik-dik is a tiny antelope that lives in East Africa, Namibia, and Angola.

Female polar bears normally start having baby cubs at the age of four or five.

Even though a polar bear’s average body temperature is 37°C; they don’t give off any detectable heat, so they won’t show up in infrared photographs.

Dogs can see better when the light is low.

Dumbledore isn’t only the Headmaster of Hogwarts; in fact, a dumbledore is an old English term for a type of bee.

Most young fireflies feed on nectar and pollen, although adult fireflies do not need to eat to survive.

79% of pet owners sleep with their pets.

Two dogs were among the Titanic survivors.

Many species of owls have special feathers for flying silently.

An elephant can smell water up to 3 miles away.

The animal on the Firefox logo is not a fox, but a red panda. 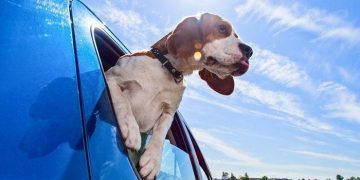