Why Do Woodpeckers Peck Wood?

Written By:
Luke Ward
Last Updated:March 17, 2021
Reading Time:
3 Minutes
Filed Under:
Animals
Did you know that woodpeckers actually mark their territory by pecking?

Woodpeckers, like any other birds, have unique traits. Their pecking behavior is definitely one of them.

Have you ever wondered why woodpeckers peck?

First, it seemed to me that they are banging their face on a tree as hard as they could as if they are performing self-mutilation. However, I was wrong.

Their pecking behavior is based on more logical reasons.

In fact, that behavior is crucial for their lifestyle.

Like any other creature on this planet, woodpeckers have their own unique way of finding food.

For instance, bald eagles come to the water surface and dip their feet into the water to catch fish.

However, woodpeckers have a different strategy.

When they see larvae, ants or any other insects within a wood, they start to peck in order to get to them.

Interestingly, once they create an opening on the bark of a tree, they utilize their amazingly long tongue to catch those insects.

Unlike many other birds, woodpeckers are not vocal birds.

That means you won’t meet a woodpecker that sings.

Instead of tweeting, they drum the trees to make a tapping sound.

Interestingly, that sound helps them to scare off possible predators and rivals.

In addition, that sound helps them to attract mates.

Most birds collect the twigs and grass to structure their future home, but not the woodpecker.

In other words, woodpeckers rely on their carving ability.

By pecking on to the wood, they make holes on the tree to structure their future nest.

Fun Fact: If a woodpecker makes multiple small holes in a wooden structure, that means they are more likely foraging for food in that area.

But, if you see one working on a larger hole, that is an indication of their nesting effort.

Woodpeckers peck because they can.

There are not many birds that are able to peck as woodpeckers do.

Contrary to most birds, woodpeckers have a strong neck and beak, which enable them to peck the wood continuously without harming themselves.

Their strong necks have a natural shock absorbents which help them balance the vibration in order to avoid concussions.

Woodpeckers mark their territory by pecking.

Every animal and even humans like to mark their territory.

We, humans, usually make a barrier around our property with fencing. Dogs urinate places to show others dogs who’s the boss in that area.

It appears that woodpeckers also have their own way of showing authority in a territory.

Woodpeckers drum against wood loudly to let know other birds that they are present in that territory.

But they do it anyway!

Although woodpeckers do not peck wood to cause damage to nature or structures, they utilize that unfavorable trait as a survival tactic.

Meaning, they don’t ruin wood intentionally, they do it just to guarantee their well-being.

For instance, according to Canadian Broadcasting Corporation (CBC), woodpeckers caused thousands of dollars’ worth of damages to Prince George Hotel by trying to claim the part of the building for nesting purposes.

As the story goes, woodpeckers pecked on the newly finished Courtyard Marriott Hotel and gave a heavy bill of repair costs to the construction company. That’s just one example.

These good-looking birds can cause ugly damages on any wooden structures in many other places including on utility poles, house roofs and fruit trees.

Generally, despite their destructive behavior, woodpeckers are seen as a unique part of nature.

In my opinion, their tapping sound makes the woods lively and much more enjoyable. Although I do prefer waking up to the sound of birds tweeting! 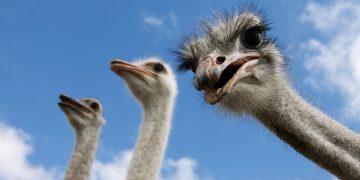 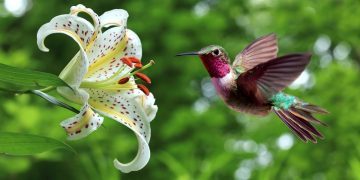 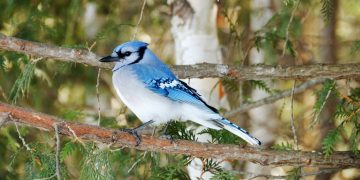 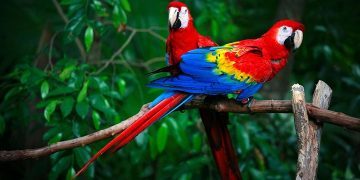 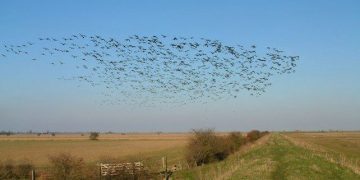 How Do Migrating Birds Know Where To Go? 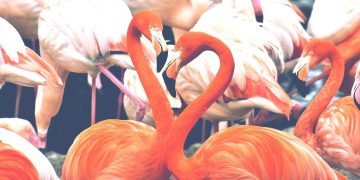