Written By:
Luke Ward
Last Updated:April 10, 2022
Reading Time:
8 Minutes
Filed Under:
Celebrities
In March 2015, Justin Bieber became the youngest ever person to be roasted at a Comedy Central Roast.

Justin released his fourth studio album, Purpose, on November 13, 2015. On October 28th, he announced the tracklisting for Purpose through a series of tweets displaying each single’s title graffitied on walls in different countries.

In America, Purpose sold 522,000 copies in its first week! This earned Justin his sixth number-one album in the US.

Justin’s My World album went platinum only 3 months after it was released.

When he was 12-years old finished second in a local singing competition called Stratford Idol.

He originally started posting videos so that his friends and family could watch him perform.

Justin can play the drums, guitar, piano, and trumpet.

Justin Bieber gets about 6 hours of sleep each night because of his busy schedule.

What Do You Mean was the first single released from Purpose on August 28, 2015. All about redemption and forgiveness, Justin debuted the track at the MTV VMAs on August 30th to a roaring crowd.

What Do You Mean went on to become a number-one hit in 18 different countries, and netted Bieber his first-ever number-one single on the Billboard Hot 100 chart in the US and the UK’s Official Single Chart.

Justin’s follow-up single Sorry was released on October 16th and topped charts in over 10 countries! It was also co-written by Julia Michaels and Justin Tranter and was produced by Skrillex and Blood Diamond.

In November 2015, Justin Bieber teamed up with J Balvin to create a Latino Remix of his hit single Sorry. The two had never performed the song live until late January 2016 when Justin dropped into surprise fans at Balvin’s sold-out LA concert by performing the remix together.

Purpose‘s third single, Love Yourself, also smashed its way through the charts worldwide, hitting the number-one spot in 9 countries!

In the UK, Love Yourself knocked Justin’s Sorry off the top spot, giving him both the number-one and number-two spots in the singles chart. And all while What Do You Mean was still at number-four giving Bieber three hits in the top five!

Justin’s 3rd album was ‘Under The Mistletoe‘.

Justin Bieber’s mother wanted to be an actress when she was younger.

Justin once kissed a poster of himself and said “Yup, I’m a great kisser”.

Once Justin won the VMA he said to Jaden: “I can’t stop smiling”, Jaden replied: “When U Smile, I Smile”.

Justin gets about 60 new mentions on Twitter per second whether he tweets or not.

Once Justin got an ‘F’ in school, but he changed it to a ‘B’, so he wouldn’t get in trouble.

Justin once admitted that he cried because of the haters’ comments.

In March 2015 Justin Bieber became the youngest ever person to be roasted at a Comedy Central Roast, which was hosted by Kevin Hart. The roasting panel was made up of Shaquille O’Neal, Martha Stewart, Hannibal Buress, Ludacris, and Natasha Leggero.

His favorite animal is a giraffe.

Justin Bieber got a main road named after him after an 11-year-old girl was a major of Forney for a day.

Justin’s parents divorced when he was 11 months old.

During a show in Washington, Bieber’s personal laptop was stolen, hours later some nude pictures spread on Twitter claiming to be Justin.

Justin has claustrophobia and he’s really afraid of elevators.

His favorite color is purple.

Justin got caught smoking cannabis on January 5, 2013, but later apologized for his actions.

Selena Gomez did not want any contact with Justin after the break-up.

His sister’s name is Jazmyn Bieber.

Justin purchased his Iron Man helmet at 3 in the morning.

The music video director of Swift’s ‘You Belong With Me‘ also directed the ‘One Less Lonely Girl‘ music video.

A contest on which country Justin should tour was rigged by haters, putting North Korea as the lead country.

President Obama revealed that he doesn’t have Justin Bieber on his iPod.

Justin got his first tattoo done at the Son of a Gun tattoo parlor in Toronto.

Justin drove P-Diddy’s white Lamborghini around LA to get some frozen yogurt with Sean Kingston.

While filming the One Less Lonely Girl music video, the puppy in the video peed on Justin.

On his 2016 Purpose World Tour Justin will have not one but two tour buses! In an interview, Justin said, “I have a studio bus and a workout bus, it’s just a big gym.” So that’s how he stays in shape on the road!

Justin used to take karate classes when he was younger.

Purpose was initially banned in various Middle Eastern countries and Indonesia because of the cover art’s heavy Christian references, as well as Justin’s cross tattoo and praying stance. An alternative cover that featured Justin stood on a cliff looked out over a shore was made for these countries.

When in Germany, Justin practiced German by telling a fan “Ich Liebe Dich” (I love you), and she fainted.

If Justin’s water bottle has water at the end of concerts, he normally throws it in the crowd.

Justin has been claustrophobic since the age of 7.

‘That Should Be Me‘ is a cover. Justin didn’t write the song.

Justin says “Smile” 36 times in the song U Smile.

Justin said if he had to pick a favorite Jonas Brothers song it would be Inseparable.

Justin was signed to Island Records in 2008.

Justin loves the show Friends and grew up watching it because his mother loved it.

Even though Justin’s eyes are light brown/hazel, they turn greenish in the sunlight.

His album Believe sold a total of 521,000 digital units in its first week.

Justin can speak French but when asked to sing a French song in an interview, he sang Frère Jacques – the nursery rhyme.

Justin once had a dream that a cat ate him, that’s why he doesn’t like cats.

Justin used to Skype with fans in summer 2009 during his radio tour.

Justin got really annoyed with the girl in the ‘Eenie Meenie‘ music video because she couldn’t dance.

Two haters bought backstage passes to tell Justin that his parents’ divorce was his fault.

There are 18 people named Justin Bieber in America.

Jazzy, Justin’s little sister calls him ‘Boo Boo’ when she needs something.

Justin can juggle, do a front flip and backflip.

Justin has once tripped over his own hockey stick while trying to impress a girl while playing hockey.

While in Tokyo, Japan, the first phrase Justin learned was “Can I have your phone number?” and then he learned ‘I love you’.

Justin didn’t shed a tear when he got his first tattoo and said it hurt, but not that bad.

It takes less than 30 seconds for one of Justin’s tweets to be Re-Tweeted 100+ times.

Joe Jonas once said “thank you” to a girl wearing a top that said I <3 JB. He didn’t realize the JB actually meant Justin Bieber.

Justin weighed 7 pounds 11 ounces when he was born.

After its release, Purpose went on to top charts in over 100 countries and became the fifth best-selling album in the UK selling 645,000 copies!

The song playing in the background of Justin’s first kiss was How to Save A Life by The Fray and Bieber said it was “magical”.

A rumor once circulated that Justin was dead and another one said he committed suicide on July 31, 2011.

Justin didn’t want to wash his face after Rihanna kissed him.

On September 2, 2009, Justin Bieber was a trending topic for the first time and he was thrilled.

Justin has been best friends with Ryan since they were 7.

Sometimes Justin wears a dog tag given to him by a fan. It belonged to a fallen soldier, Justin wears it as a memorial.

Justin once held up a sign from his hotel room window saying “Go to McDonald’s and get me a Big Mac”.

Justin’s dad is the person who taught him how to drive.

Justin enjoys pranking people, he used to play tricks with people on Chatroulette.

Justin has been a victim of cyberbullying.

Justin found his backup dancers for many of his early videos on YouTube.

Justin goes to church and is a Christian.

On 1st March 2013, Bieber tweeted saying “Worst birthday ever.” The tweet quickly went viral, becoming the third-most Tweeted message ever at the time! 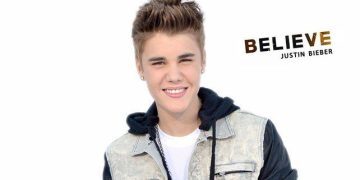 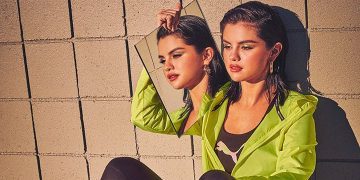 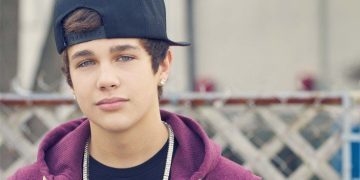 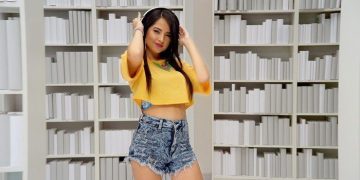 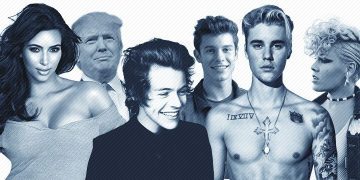