Luke Ward
3 Minutes Read
Updated: April 10, 2022
On average, PewDiePie receives around 2 million views on each video after only 24 hours of uploading them.

Record-breaking, award-winning YouTube celebrity PewDiePie has caught the world by the short-hairs with the success of his YouTube channel and network of fellow video content producers.

He is world-famous, beloved by millions, and is one of the most influential people in the video gaming world.

If you’re a fan of PewDiePie, here are 30 interesting facts you should know!

PewDiePie’s real name is Felix Arvid Ulf Kjellberg. He is 33 years old and was born on October 24, 1989, in Gothenburg, Sweden.

He lives and works in Brighton, England, United Kingdom.

He originally wanted a degree in industrial economics and technology management at Chalmers University, but in 2010 he dropped out to pursue his new YouTube career which he started that year.

His YouTube channel is the most subscribed out of anyone on YouTube with over 54 million subscribers as of 2017.

On average, PewDiePie receives around 2 million views on each video after only 24 hours of uploading them.

In his early school years, he showed an interest in art and practiced by drawing his versions of popular video game characters.

PewDiePie is a big supporter of independent video game producers.

The word ‘Pew’ is from the sound of a laser gun, and ‘die’ just meant the laser shot killed.

His popularity allowed him to sign up with Maker Studios in December 2012.

In May 2013, he won the award for Swedish Social Star during the Starcount Social Awards in Singapore. He then went on to win Most Popular Social Show at the same event.

Had his first app developed by Maker Studios in August of 2014, which allowed users to use their iPhone to watch his video feeds.

PewDiePie has another video show called BroKen on MLG.tv that he started in September 2014 with co-host Kenneth Morrison (CinnamonToastKen).

In December 2014, PewDiePie appeared in two episodes of his favorite TV series, South Park. It was a two-part season finale and the episodes were called #REHASH & #HappyHolograms.

PewDie Productions AB, his production company reportedly earned $7.5 million in 2014 according to the Swedish newspaper, Expressen.

He was listed in Time Magazine’s list of the 30 most influential people on the internet in 2015.

He won the 4th Streamy Awards in 2015 in the Best Gaming Channel, Show, or Series.

In 2015 he voiced his disapproval of Nintendo’s Creator Program that shared revenue with any YouTube creators that featured their games in their video content.

He got his first television series, Scare PewDiePie, which was released in 2016 via YouTube’s ‘YouTube Red’ subscription service.

His girlfriend and business partner is Marzia Bisognin, they have been together since 2011. She is a vlogger & vlogs about beauty, fashion, food, and travel.

He won’t hire an editor to edit his videos. He wants to do it to keep the integrity of how a real YouTube video should be.

PewDiePie was once a member of the Machinima YouTube network, but felt neglected and had a lawyer free him from the contract holding him to them.

PewDiePie is now in a partnership with Maker Studios, producing Revelmode which is a sub-network of Maker Studios. It features PewDiePie and a number of his video making friends on their own YouTube original series.

He’s a charitable guy and donates to charities such as St. Jude Children’s Hospital and the World Wildlife Fund.

He has his own video game called PewDiePie: Legend of the BroFist, which was released on September 24, 2015, for iOS & Android.

PewDiePie states that his religious beliefs fall under the ‘agnostic atheist’ ideology.

His fans are known as ‘Bros’, although they’re also referred to as the Bro Army. 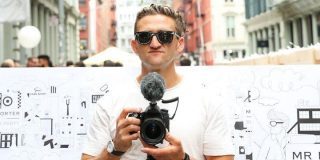 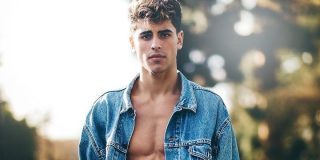 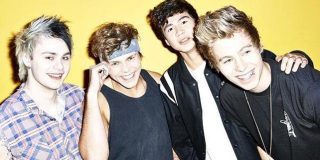