Written By:
Luke Ward
Last Updated:September 1, 2022
Reading Time:
5 Minutes
Filed Under:
Celebrities
Ariana Grande's name was inspired from Felix the Cat, although ironically, she is allergic to cats.

Ariana Grande, an inspiring, beautiful, and extremely talented actress, singer & dancer who has won over 94 awards as of 2020.

Her full name is Ariana Grande-Butera. She is 29 years old and was born on June 26, 1993, in Boca Raton, Florida, United States.

She is of Italian descent and is half Sicilian and half Abruzzese.

Ariana’s parents moved from New York to Florida just before she was born.

Her parents chose her name after being inspired by Princess Oriana from Felix the Cat.

Her mother is called Joan Grande-Butera, and has always been a massive influence in Ariana’s career.

Joan owns a company that manufactures communications equipment for the Navy & Marines.

Ariana’s father is called Edward Butera, who was born on September 20, 1958. He is a Graphic Designer and the founder of IBI Designs Inc.

Edward often Tweets about how proud he is of his daughter, his Twitter is @CaptainEddieB.

Ariana’s parents split up when she was 8 or 9.

Ariana has an older half-brother called Frankie who is ten years older than her.

His full name is Frank James Michael Grande Marchione. And he is a musical theater actor and producer.

In 2014, Ariana’s brother was a contestant on the 16th series of Big Brother.

In Early 2015, Ariana adopted her sixth dog Sirius Black, named after the fictional godfather in the Harry Potter series. She called him this because of his dark coat of fur.

Although Ariana’s name was inspired from Felix the Cat, ironically, she’s allergic to cats. She is also allergic to bananas.

Ariana is a vegan, meaning she doesn’t eat or use animal products.

Ariana’s fan base are called Arianators. However, on March 27, 2014, Ariana said she wanted her fan base to be called “the loves” rather than Arianators, since then she frequently tweets to her fans calling them “my loves”, this didn’t catch on!

In June 2014, it was announced that Ariana’s 90-year-old grandfather beat cancer. Arianators made #WeAreProudOfGrandpaGrande trend on Twitter.

Her grandmother is a believer in naked sleeping!

Ariana has a birthmark on her left shoulder (at the back) and a dimple in her left cheek.

Her favorite subject in school was science.

Grande left school to pursue her music career; however, she continued to be enrolled so that her tutors could send her materials and help her study.

At age three, Ariana had her first crush, which was Justin Timberlake.

She is a huge fan of the Harry Potter series. – unrelated but there’s a character named Ariana (Ariana Dumbledore) in the books. Her favorite characters in the series are Luna Lovegood & Draco Malfoy.

At the age of ten, Ariana co-founded the South Florida youth singing group ‘Kids Who Care’, which performed for charitable fund-raising events.

Ariana’s favorite One Direction song is “One Thing”.

One of her favorite board games is Monopoly and she says she never gets sick of them even when the games are very long.

She thinks penguins are cute.

In an interview with Ariana’s manager, Scooter Braun, he said that Ariana, despite her difficulties, “is one the nicest people I’ve ever met and really just so charming”.

She is hypoglycemic which basically means her blood sugar gets low & she has to eat something.

Two of her fashion icons are Marylin Monroe and Audrey Hepburn.

Ariana has over 81 million followers on Twitter as of February 2021.

On December 10, 2011, she reached one million followers on Twitter!

Ariana’s mother thought that Ariana would grow up to be a serial killer because she wore Halloween masks around the house & couldn’t get enough of horror films.

She played Cat Valentine on the Nickelodeon TV sitcom Victorious and the same role on the spin-off Sam & Cat – a role for which she had to dye her naturally brunette locks red.

One of her best friends, Jennette McCurdy, accidentally made her phone number public.

Ariana first went to a concert in the summer of 2011; it was to see Katy Perry.

Ariana put her hands in cement at Planet Hollywood, New York, on December 22, 2011.

Nineteen minutes after “Yours Truly” was released; the album went to number 1 on the iTunes Store charts in over 30 countries, including the United States.

Broadway for South Africa – the organization that Ariana supports – used her debut single, “Put Your Hearts Up”.

The “Put Your Hearts Up” music video was released on Valentine’s Day in 2012.

Ariana Grande released her Thank U Next music video on November 30, 2018. It was the biggest music video launched on YouTube. The video broke several records on YouTube and Vevo and was nominated Video of the Year at MTV Video Music Awards 2019.

In 2015, she won two MTV Millennial Awards for the “Global Instagrammer of The Year” and “International Hit of The Year” with her single “One Last Time”.

There we have it Arianators! 50 incredible facts about Ariana Grande.

It’s so funny to think her first concert was to see Katy Perry and now she’s up there with the biggest female singers on the block.

Ariana has had numerous number one hit songs and has entered the charts countless times.

All there’s left to say is Thank U, Ariana and what’s next? 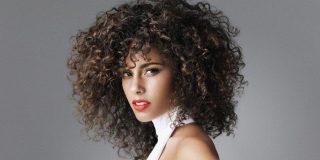 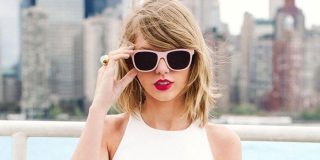 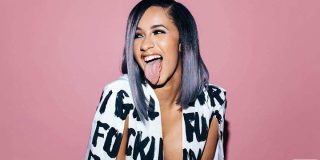 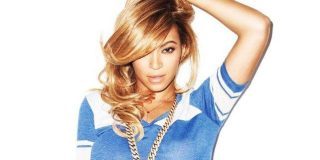 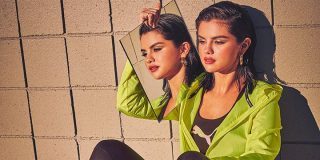