Written By:
Donella Crigger
Published On: July 4, 2022
Reading Time:
7 Minutes
Filed Under:
Holidays & Events
Did you know that former US presidents John Adams, Thomas Jefferson, and James Monroe all died on the 4th of July? 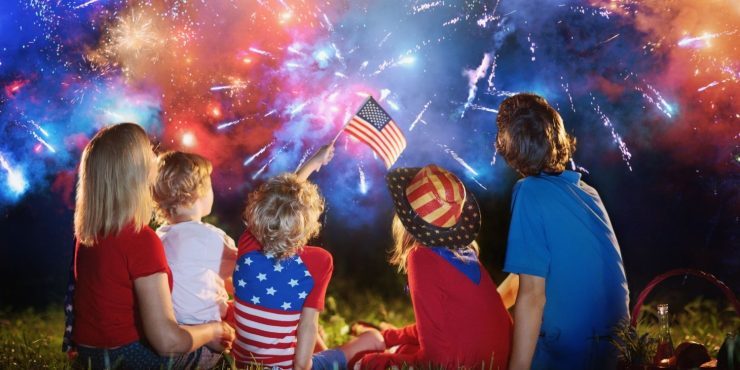 July 4th to many people means flags, freedom, and fireworks. It’s one of the biggest holidays in the United States, celebrated with fireworks, parades, and barbecues.

It is a day that is steeped in history and tradition.

Every year, Americans celebrate the anniversary of the adoption of the Declaration of Independence in 1776.

While you may be familiar with basic facts about the holiday, some fascinating facts are lesser-known.

For example, did you know that the Liberty Bell is tapped 13 times every July 4th? Or that John Adams believed that the Fourth of July was the wrong day to celebrate?

Check out these 15 interesting facts about Independence Day that will make you see the holiday in a whole new light.

John Hancock inspired a saying we still use today. 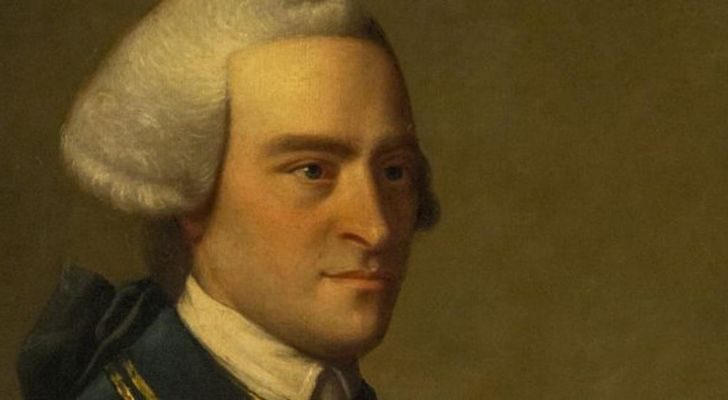 “Put your John Hancock here.” Have you ever heard that phrase?

We all know the person is asking for your signature, but why is that a common saying?

As it turns out, John Hancock, who served as president of the Continental Congress, was the first signer of the Declaration of Independence.

But it’s not just that. His signature was large, flourishing, and very noticeable.

It was risky business to sign it – treason, to be exact.

According to legend, he wanted King George to be able to read it without his glasses, which is why it’s so big. 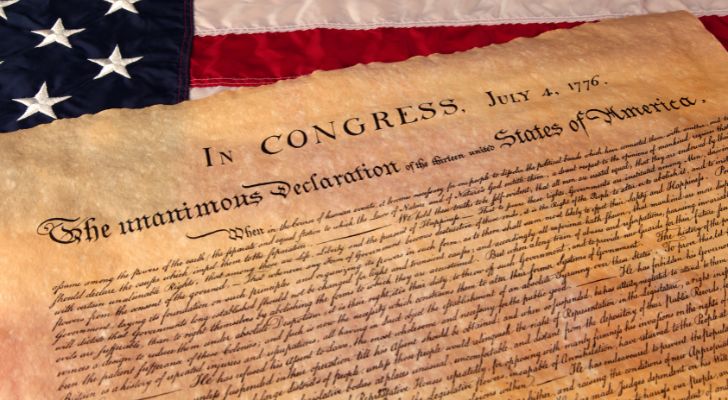 Although the famous document had several notable signatures, two of them would be future presidents: John Adam and Thomas Jefferson.

After serving as vice president under Washington, John Adams became the second president of the United States.

Though he didn’t enjoy being vice president and described the role as “insignificant” to his wife, he held the office for two terms and won the presidency in 1796.

Adams served as president for one term, losing to his vice president in 1800.

He is credited with drafting and being one of the signers of the Declaration of Independence. 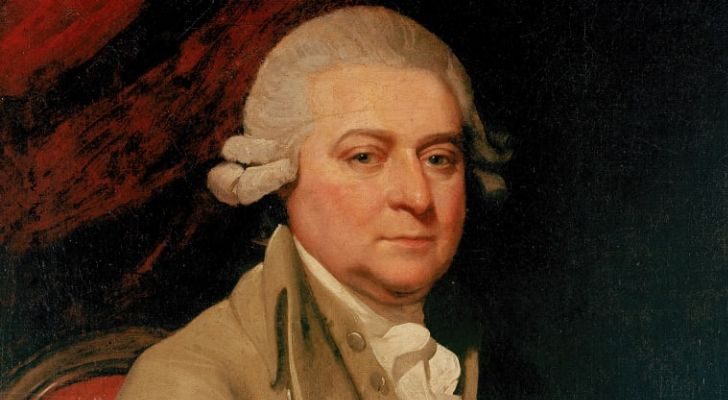 The Continental Congress voted on July 2, 1776, to declare independence from England.

The Congress formally adopted the Declaration two days later, with the Liberty Bell ringing to celebrate the historic event.

Because the vote took place on July 2nd, Adams believed this should be the day Americans celebrate each year. He said as much in a letter to his wife.

“The Second Day of July 1776, will be the most memorable Epocha in the History of America…”

While he wasn’t right about the date, he was correct in how Americans would celebrate the occasion each year with “pomp and parade.”

So stubborn in his belief that July 2nd was the correct date, he declined invitations to appear at events on the 4th of July.

Fireworks have been a tradition since the first Independence Day anniversary celebration in 1777. 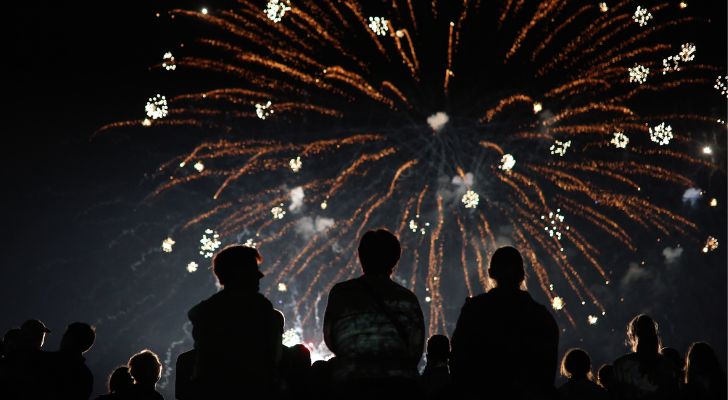 Since the beginning, fireworks have marked the 4th of July celebrations, just as President Adams believed they should.

However, Adams’ recommendation had little to do with it since fireworks had been part of celebrations in many countries, particularly royal celebrations, for hundreds of years.

There’s no denying that fireworks and freedom go hand in hand.

George Washington was the first to celebrate the holiday with alcohol. 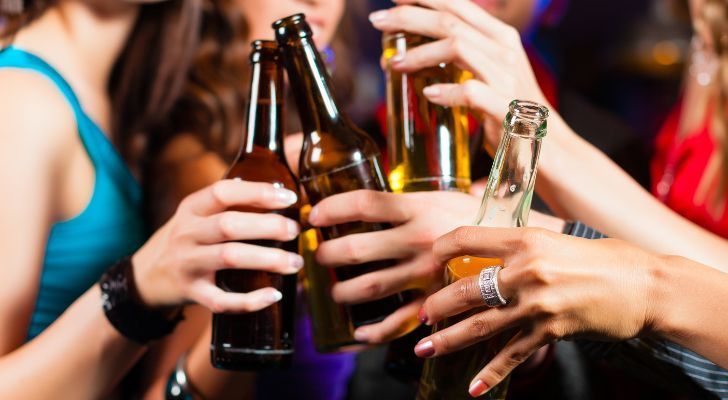 The Revolutionary War was still going on in 1778 when Washington ordered a double ration of rum for his troops.

They also did an artillery salute to commemorate the anniversary.

Nowadays, most Americans celebrate with beer and wine. 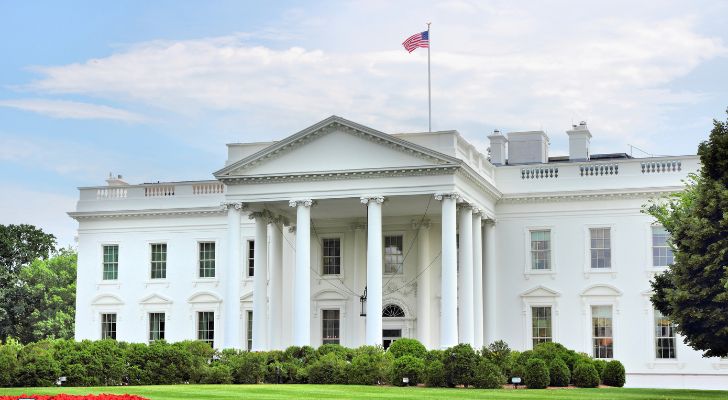 The White House, the iconic home of every U.S. president except for one, was completed in 1800.

Its first occupant, John Adams, lived there only months before his predecessor, Thomas Jefferson, moved in.

Therefore, the first Independence Day celebration in the executive mansion took place in 1801.

The Jeffersons welcomed guests while a band played in the entrance hall.

Folks were entertained by horse races, parades, and plenty of food on the grounds. 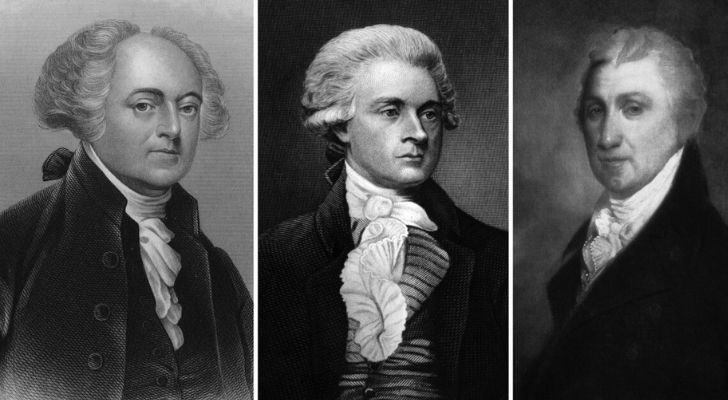 America has had three presidents who died on July 4th. Two of them died on that day in the very same year!

Both John Adams and Thomas Jefferson passed away on July 4, 1826, on the 50th anniversary of Independence Day.

Was it coincidence, divine intervention, or something else?

While we may never know for sure, during that period, it was seen by many as proof that the United States were “objects of His care.” 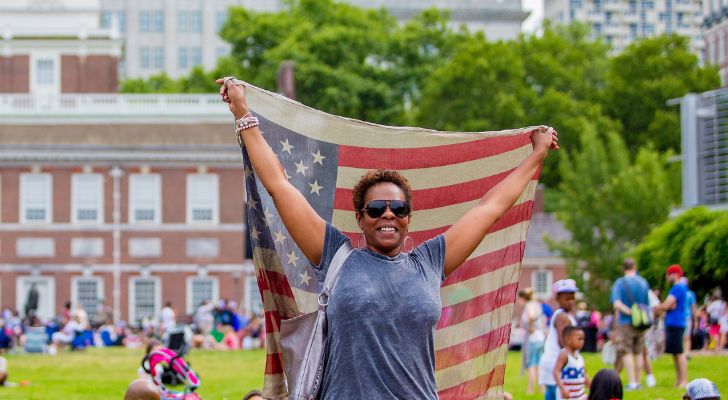 Although Americans began celebrating the anniversary of the Declaration of Independence the very next year of its adoption, the date didn’t become established as a national holiday until 1870.

Further, federal employees weren’t paid for the holiday until 1938.

Calvin Coolidge, known as “Silent Cal,” was the only president born on Independence Day. 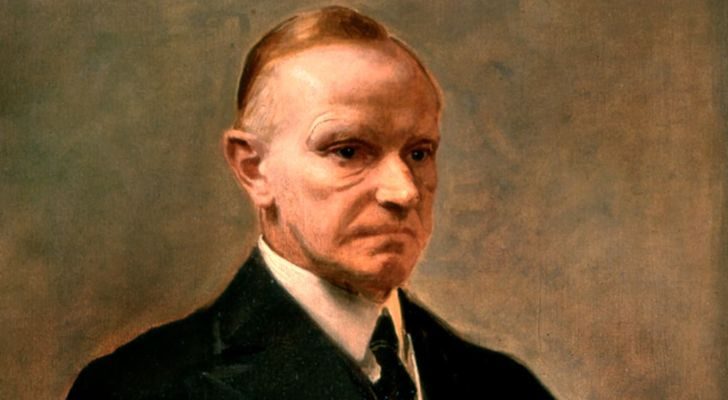 He served as vice president under Warren Harding from 1920 to 1923, and when Harding suddenly died in 1923, he stepped in to fulfill the presidential role.

Coolidge won the vote for president in 1924, serving only one term because he decided not to run again. He died on January 5, 1933. 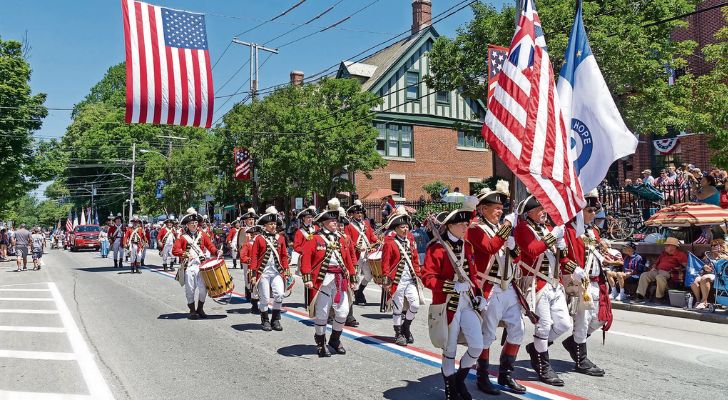 The event began with a speech and time to reflect on those who fought in the war.

The parade is thought to have evolved from the practice of people walking to the Patriotic Exercises.

The Liberty Bell is tapped, not rang, every 4th of July. 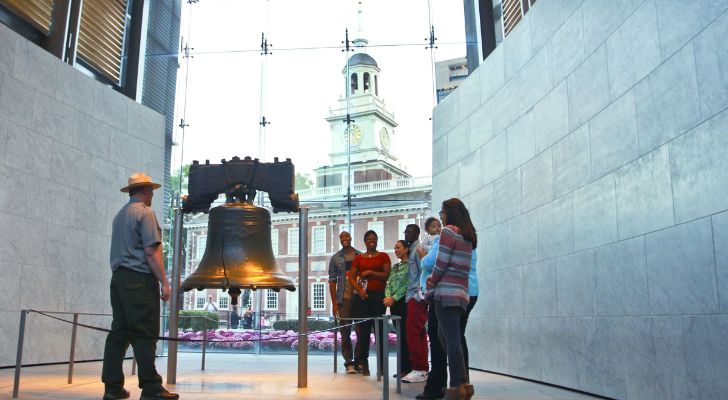 Each year, descendants of the Founding Fathers gather around the Liberty Bell to tap it 13 times to honor the original 13 colonies.

It hasn’t been rung since February 26, 1846, on George Washington’s birthday, due to the hairline fracture that turned into a large crack that could not be repaired.

More than 150 million hot dogs are consumed on July 4th. 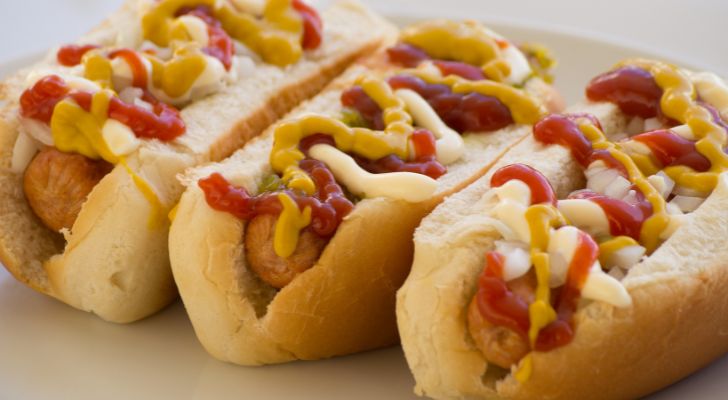 The summer months are peak hot dog season, with 38% of hot dogs sold between Memorial Day in May and Labor Day in September.

This coincides with cookout season and baseball season, so it’s no wonder so many wieners are eaten during this time.

The competition lasts 10 minutes with one goal: to eat more hot dogs than anyone else.

Two winners (one from the men’s and women’s categories) receive a trophy and the famous Mustard Belt of champions.

Americans spend about $1.5 billion on fireworks in July. 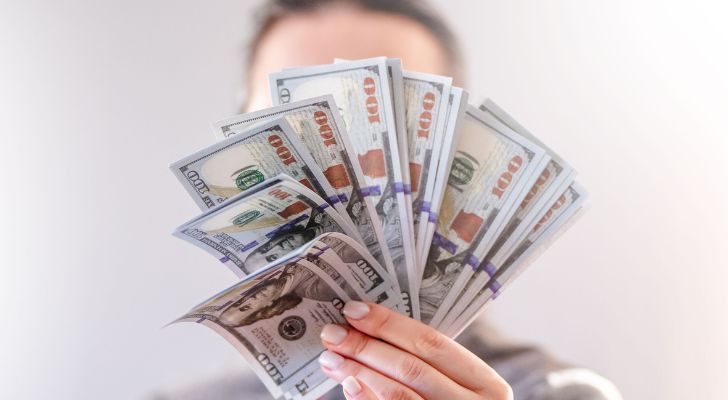 Fireworks celebrations occur annually across the country on July 4th, but how much do those illuminating celebrations cost?

According to WalletHub, Americans spent $1.5+ billion on fireworks in 2020, enjoying more than 14,000 fireworks displays.

Interestingly, beer and wine spending for a holiday is comparable at $1.45 billion, which may account for the many yearly fireworks injuries.

Thousands of fireworks injuries occur on July 4th every year. 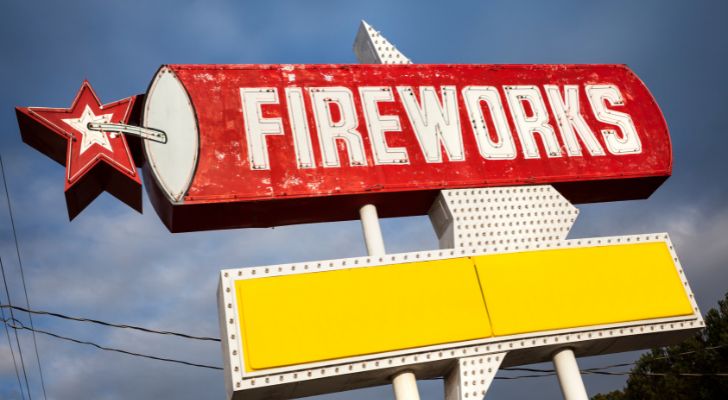 Injuries to the head, ear, face, eyes, legs, arms, and trunk occur, as do several deaths.

However, the most frequently injured body parts are hands and fingers, with burns most common. Sprains, fractures, and lacerations are also possible.

Jason Pierre Paul, an NFL linebacker who lost several fingers to fireworks in 2015, is now an advocate for fireworks safety.

With so many injuries, it may be best to leave the pyrotechnics to the professionals. 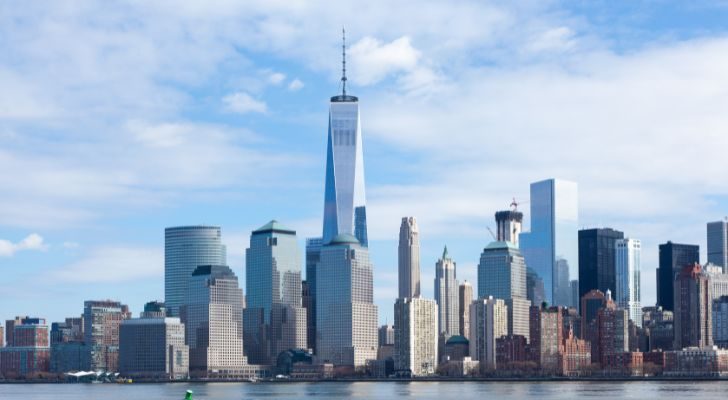 You may know that One World Trade Center is the main building of the rebuilt site where the former twin towers once stood.

What you may not know is that its height has a special significance.

It is exactly 1,776 feet tall in honor of the year the nation declared its independence.

Now that you’ve learned some fascinating facts about the Fourth of July, quiz your friends and family on their knowledge of American trivia at your annual cookout. 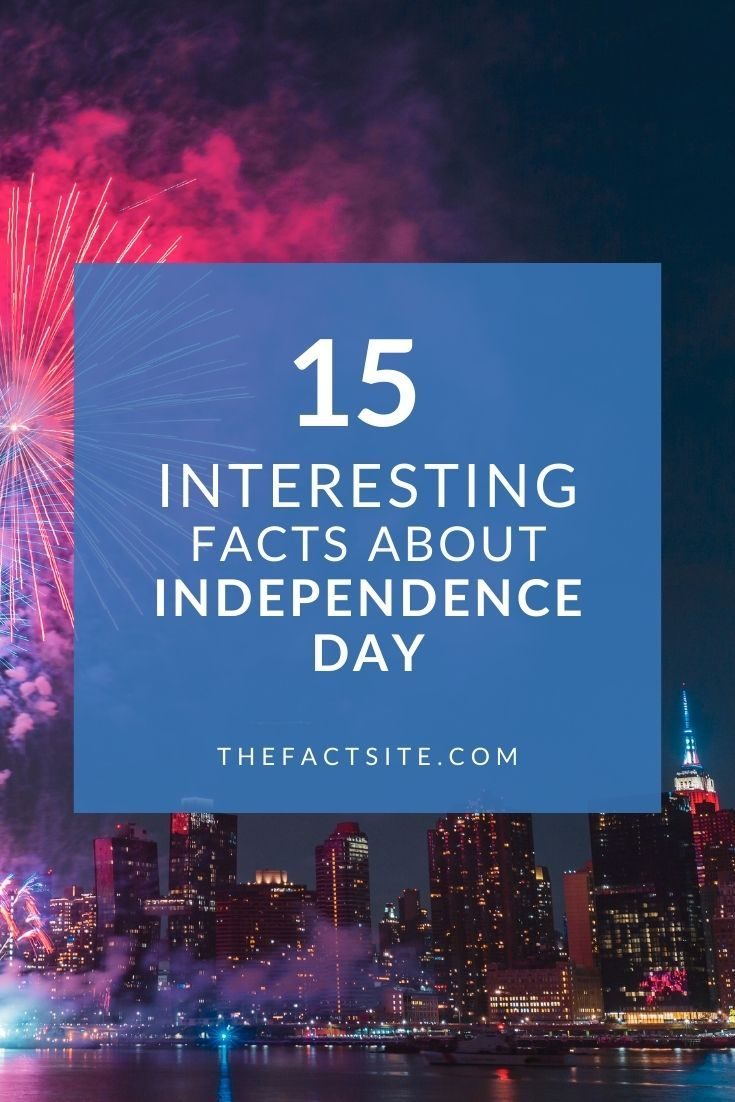 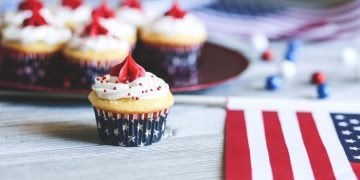 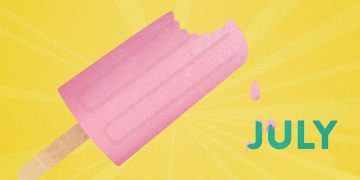 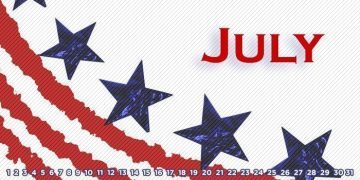 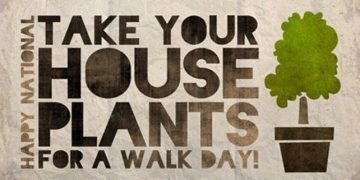 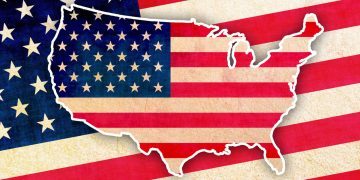 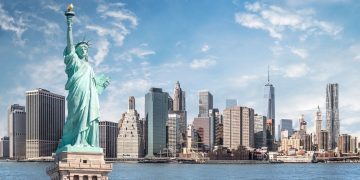 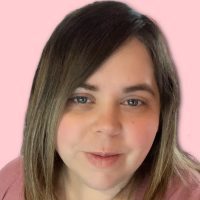