Sue Longstone
4 Minutes Read
Updated: April 10, 2022
Did you know that Elton John and Liz Hurley are godparents to David and Victoria Beckham's children Brooklyn and Romeo? 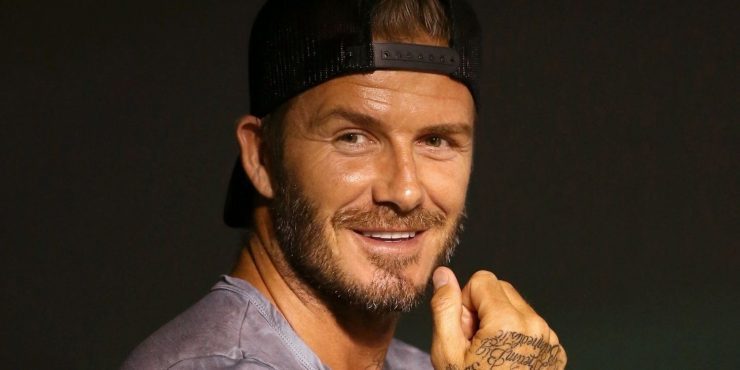 David Beckham is one of the most recognizable and successful soccer superstars in the world.

On the pitch his successes were many, winning many trophies along the way and scoring some outstanding goals for club and country.

He remains to this day a global icon and ambassador of the sport.

Even if you haven’t seen him play you’ll still likely know something about him.

Whether it’s his charity work, marriage to former Spice Girl Victoria Beckham, or even his associations with many brands, most people know his name.

So, let’s break it down and take a look at 24 interesting facts about David Beckham and his rise to the role model he is today!

David Robert Joseph Beckham is 47 years old. He was born in London, England on May 2, 1975. This makes his zodiac sign a Taurus.

From a very early age David’s ambition was to be a soccer player, and whenever asked by his teachers growing up at Chase Lane Primary School and Chingford High School what he wanted to do as an adult, this would always be his answer.

Beckham has stated in the past that he identifies as half Jewish.

David and former Spice Girl Victoria began dating in 1997 after she attended a Manchester United game. They got engaged on January 25, 1998, and the pair got married in 1999. They have four children: Brooklyn, Romeo, Cruz & Harper Seven.

Singer Elton John is Godfather to Brooklyn and Romeo, and actor Elizabeth Hurley is their Godmother.

Beckham’s professional career began in 1992 when he made his first professional league debut for Manchester United at 17 years old, after a childhood of supporting them.

He stayed at Manchester United until 2003, winning the Premier League six times, the FA Cup twice and the Champions League once.

David then went on to play for some of the most recognizable teams in the world, including Real Madrid, AC Milan, and LA Galaxy. Because of this, he was the first Englishman to win league titles in four different countries.

David was the first British player to play in 100 UEFA Champions League games.

He was runner up for the prestigious Ballon D’Or in 1999.

In his later career, Beckham was inducted into the “English Football Hall of Fame.”

In 2002 the film Bend It Like Beckham was released. The film, which is based around a women’s soccer team in the UK, highlighted Beckham and his ability to score free kicks by curling the ball past the defending team’s wall.

Similar to a number of high-profile athletes, David was – and still is – associated with many brands including Adidas. He wore Adidas soccer boots throughout his professional career, most notably the Adidas Predators which were his signature boots.

He retired in May 2013 after just over 20 years at the top level. He won 19 Major trophies during this time.

When the Olympics came to London in 2012, despite not being selected for the soccer squad, David was still a big part of it. He was a member of the successful bid team who secured England as the 2012 venue and he arrived with the Olympics torch via speedboat as part of the opening ceremony.

David has been an ambassador for UNICEF UK, the humanitarian and developmental aid for children, charity since 2005 and in 2015 he launched 7: The David Beckham UNICEF Fund. He also supports Malaria No More, the global initiative to end the disease and the #togetherband which raises funds for health education projects.

In 2015 Beckham was among the highest-ranked sportspeople in the world on social media and as of 2020 has more than 63 million followers of his Instagram account.

A lifelong ambition for David was to own his own soccer team and in 2018 this dream became a reality when Beckham became president of the Major League Soccer Club Inter Miami CF who started playing in the 2020 season.

David joined a number of high-profile celebrities in reading a chapter of Harry Potter and the Sorcerer’s Stone for the public to listen to or watch during the 2020 Covid-19 lockdown. He shared Chapter 11 with David Tennant.

David has more than 50 tattoos, many of them in tribute to his family.

Never one to shy away from comedy, in 2010 David Beckham worked in collaboration with James Corden for a sketch for the UK charity Sport Relief and in 2018 he took part in a teaser trailer for Ryan Reynolds’ Deadpool 2.

David was also the subject of a prank by James Corden in 2019 when his statue outside the stadium of his former team LA Galaxy was unveiled, James had organized a “hideous” fake statue before revealing the real one.

In 2020 David began tending to a bee farm he built.

So, with his sport, philanthropy, his love and devotion to his family, and a good time, this is one very cool guy and a fabulous role model to any aspiring soccer stars today!

Previous Article Twenty Terrific Facts About The Number 20 Next Article Why Do We Eat Pumpkin Pie At Thanksgiving? 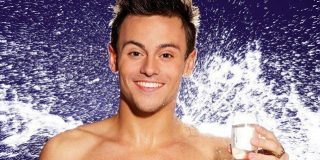 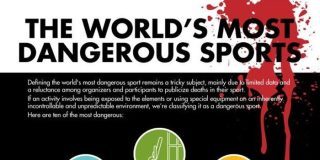 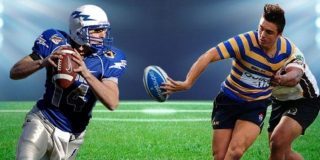 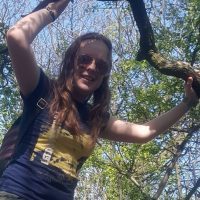 Sue is a sports graduate and ex amateur soccer player. She is an all round sport and nerdy culture fan who loves finding a new story or game to dive into. Her interests include travelling, reading and learning to play the keyboard.