27 Interesting Facts About the United Kingdom

Luke Ward
3 Minutes Read
Updated: March 17, 2021
London is one of the most cultural diverse cities in the world; about 25% of London's residents were born outside of England! 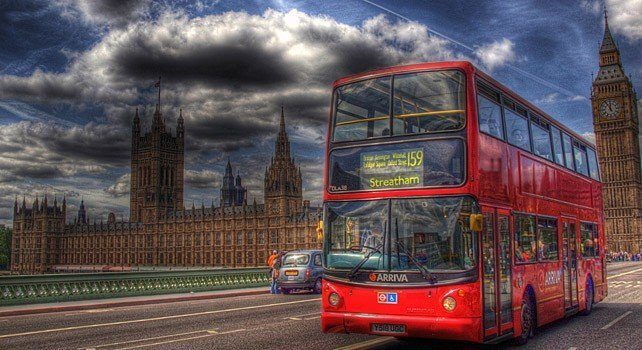 If you’re planning a trip to the UK, you should know about its fascinating history. If you’re from the UK, maybe it’s time to brush up on the knowledge about where you come from!

Here is a list of fun and interesting facts about the United Kingdom, including infamous wars, landmarks and the capital city London.

Big Ben isn’t actually a clock…the popular belief that Big Ben refers to the world-famous clock isn’t true, actually Big Ben is the name of the thirteen tonne bell. The actual tower that the bell is enclosed in is called St. Stephen’s Tower.

The River Thames that flows through London has over 20 tunnels and 200 bridges.

A strange law that was never abolished is that all men over the age of 14 must carry out two hours of longbow practice per day.

Throughout the years, London has been under many names, during the Roman Invasion it was called Londonium… it was also called Ludenwic in the Saxon times.

England won the shortest war in history; the war broke out between England and Zanzibar in 1896… Zanzibar surrendered after an astonishing 38 minutes.

There is believed to be around 30,000 John Smiths residing in Britain.

In York, excluding Sundays there is no law against shooting a Scotsman with a bow and arrow.

London is one of the most cultural diverse cities in the world; about 25% of London’s residents were born outside of England!

Britain is only small, there is no found place in Britain that is more than 75 miles from the sea!

To the present day Britain is the only country that doesn’t have its name on postage stamps.

The famous London Eye is the tallest observation wheel in the world… each of its rotations from start to finish takes about 30 minutes.

British citizens are addicted to tea! On average an Englishman drinks more tea than any other nation, Englishmen drink up to 20 times more than American citizens.

In England’s medieval times, animals were punished in the royal courts for any damages they inflict on people or properties of people… harsh!

Back in Shakespeare’s day, mattresses were fastened to bed frames by ropes; by doing this you were able to pull the ropes which would make the mattress tighter, therefore making it firmer to sleep on hence the saying “goodnight, sleep tight”.

Even though she is the sovereign of the United Kingdom, Her Majesty the Queen is not allowed to enter the House of Commons because she is not a member.

In the year 1945 a large flock of starlings landed on the minute hand of St. Stephen’s Tower (Big Ben) which made the time of the clock go back by 5 minutes.

The lance ceased to be an official battle weapon among the British Army in 1927.

There are more chickens than humans in Britain.

Berwick-upon-Tweed (a place in the United Kingdom) was at war with Russia for 110 years!

Although the London tube system is the largest underground system in the world, it is the most unreliable and most high-priced.

The London subway has 409 escalators… these escalators cover a distance every week which is just about equal to several trips around the entire globe.

Strangely enough; Barengaria of Navaree, whom was married to King Richard of England has never stepped foot on English soil!

The Queen of England once had extensive power and authority over almost the entire world.

The United Kingdom is run under a dictatorship – citizens choose who they are led by.

In Chester you can only shoot a Welsh man/woman with a bow and arrow inside the city walls after midnight.

Although the great fire of London destroyed much of the precious city there were only 6 recorded fatalities.