The United Kingdom set up The Law Commission in 1965.

This much-needed independent body was set up to update the countries legal system and push for reforms where needed.

Since its implementation, over two thousand outdated laws have been repealed, but not all of them!

I guess some of the old rules are so ridiculous and so outdated that they didn’t feel a need to change those laws.

Here’s just a handful of some of the funniest ones that are still in place today.

It’s illegal to enter the House of Parliaments wearing a suit of armor.

A 1313 Statute Forbidding Bearing of Armour, forbids members of Parliament from entering the House while wearing armor.

This particular statute was put into place after a period of political turmoil.

It’s legal to shoot a Scotsman under certain circumstances. 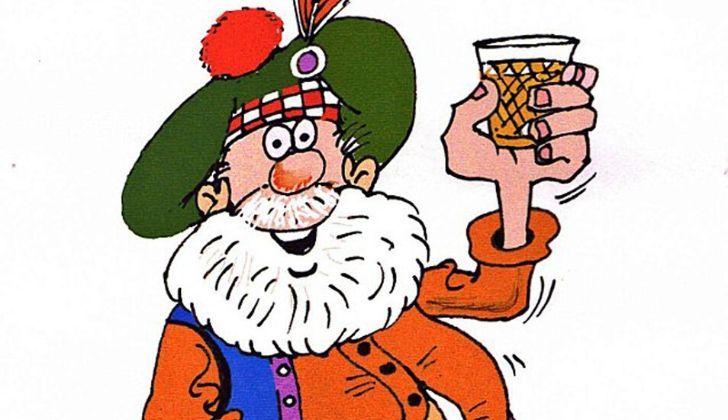 Only in York, the law states that it is legal to shoot a Scotsman with a crossbow upon seeing one, except for on Sundays.

However, any Scotsman caught drunk or with a weapon can still be shot on a Sunday, except with a bow and arrow.

Similarly, in Chester, it is legal to shoot a Welsh person with a crossbow, as long as it is within the city walls and is done after midnight. 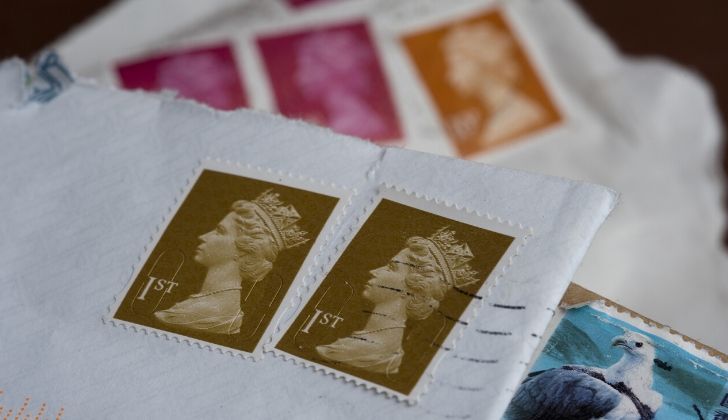 Placing a postage stamp bearing the monarch’s head upside down on an envelope is considered an act of treason.

Also, defacing or destroying anything bearing a likeness of the monarch is illegal.

This means that burning paper money, bending coins or tearing a postage stamp is against the law.

It is illegal to gamble in a library. 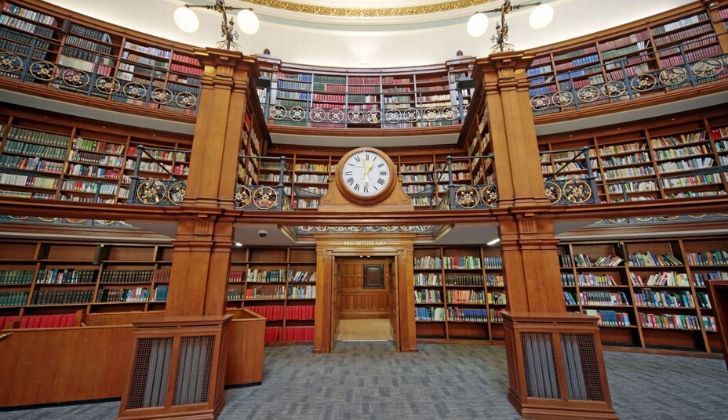 The Library Offenses Act of 1898 makes it illegal to gamble in a library.

This would mean that online gambling at a library would be against the law, even if you’re using your own laptop.

Trespassing is okay for certain people.

Trespassing is illegal, except by huers and baulkers. An Act of 1603 comes from an ancient custom in Cornwall.

People known as huers and baulkers would stand on the cliffs and shout to fishing boats, directing them toward schools of fish.

The Act gives those on the cliffs the right of entry onto the lands of others and defense against trespassing.

It’s against the law to shake a carpet. 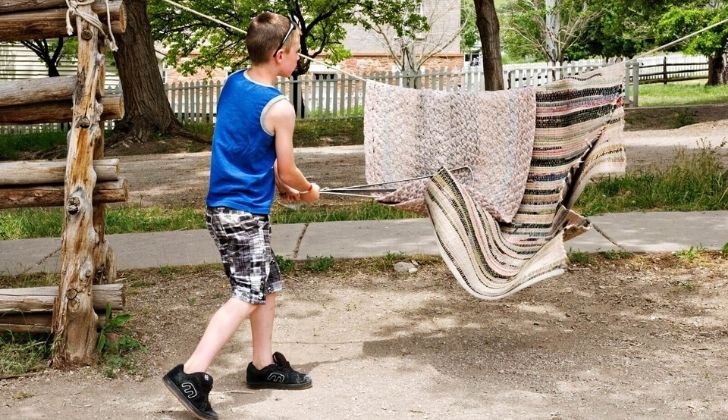 Under the Metropolitan Police Act of 1839, it’s illegal to beat or shake a mat, carpet, or rug in the streets of London.

The only time you may beat them is before 8 am. So set your alarm – you’ve been warned!

You can’t use a cow, horse, or steam engine while drunk. 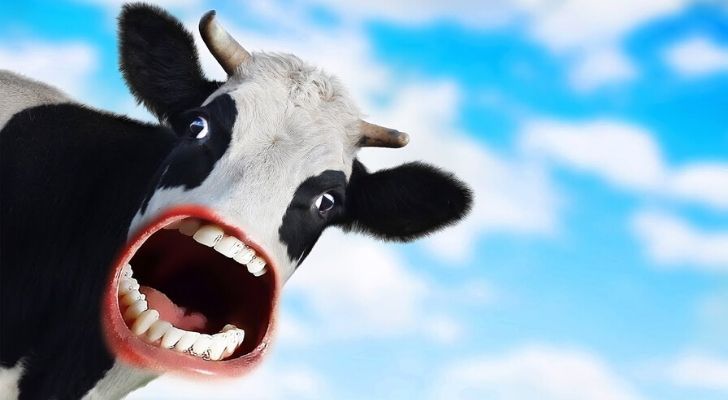 Think you can’t get a DUI for drunken horse riding? Think again.

The Licensing Act of 1872 explains that operating a cow, horse or steam engine while intoxicated carries either a prison sentence or a fine. 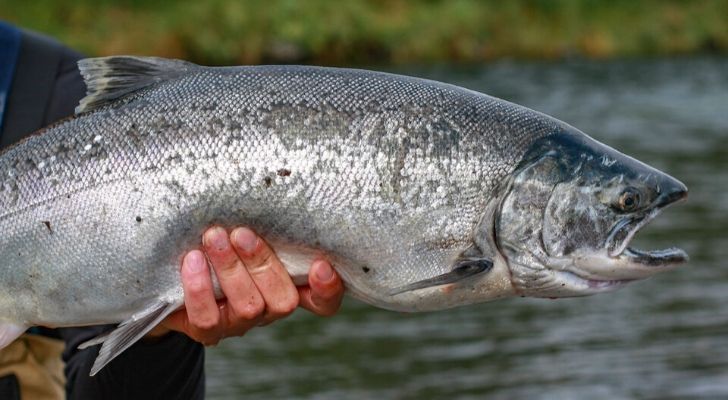 This is a recent law, which is even more absurd.

But under the Salmon Act of 1986, it is an offence to receive or dispose of salmon under suspicious circumstances.

Officers have a right to investigate if they reasonable believe that the salmon has been illegally fished.

All beaches whales and sturgeons belong to the reigning monarch. 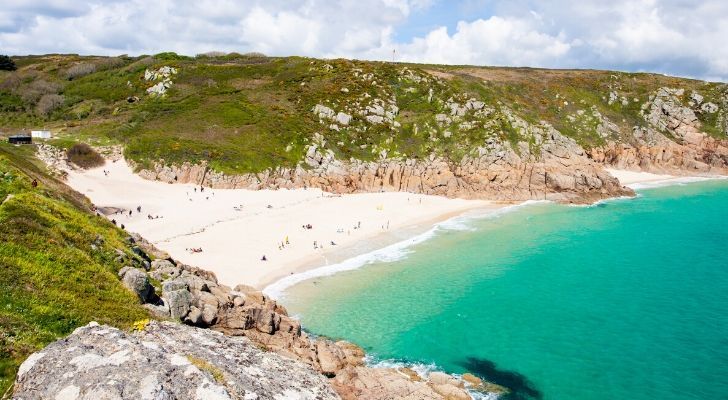 By the law from Edward II in 1324, all sturgeons and whales should be offered to the reigning monarch in case they want them.

Along with dolphins and porpoises, they are considered royal fish and any captured within 3 miles of shore, or wash ashore, should be first offered to the crown.

It’s illegal to carry a plank along the pavement. 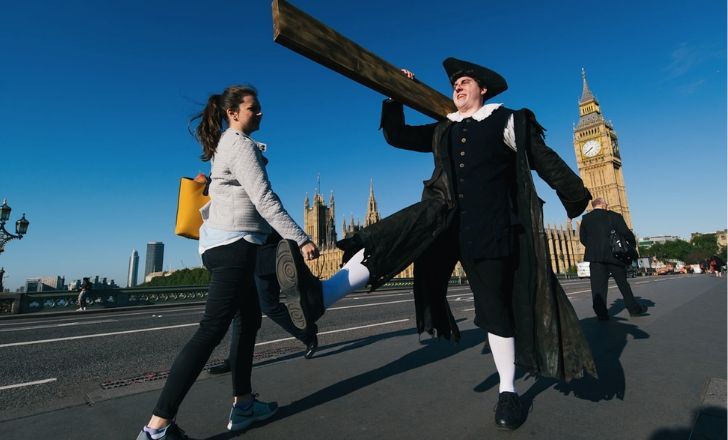 Another law from the Metropolitan Police Act, it is an offence to carry a plank on the sidewalk.

This Act also includes flying kites on the street and sliding on ice on the sidewalk.

Well there are some stupid laws from the United Kingdom I can proudly say I have broken four of the laws above!

If you know of any more please leave them in a comment!