Written By:
Michelle Gabriel
Last Updated:April 6, 2022
Reading Time:
7 Minutes
Filed Under:
Historic Events
The employee who gave the order to ground all planes after the 9/11 attacks was Ben Sliney - and it was his first day on the job.

September 11th, 2001, was the biggest disaster in American history.

Those who were old enough can easily recount exactly where they were when the news hit.

The infamous phrase “Never Forget” will forever be tied to the catastrophe, while the names of the victims remain eternally engraved on the elegant memorials that are in place of where the World Trade Center’s once stood.

The anniversary of 9/11 is always a  respectful memory of what happened, and a solemn reminder that even the strongest countries are not invincible.

To truly be able to commemorate that day, first, we have to understand what happened.

So take in these 50 facts about that regretful day, to not only learn about the history, but also the aftermath of the heroes who participated.

The 9/11 attacks killed 2,996 people, 400 of which were emergency personnel such as firefighters and policemen. The number of people injured was over 6,000.

Aside from the two planes that were flown into both Trade Center buildings, a third plane hit the Pentagon, and a fourth plane was crashed into a field in Pennsylvania.

The plan included 19 men who were part of the radical group al-Qaeda lead and founded by Osama Bin Laden. The entire plot was organized by Bin Laden himself.

Bin Laden originally denied having a part in the invasion, but later released a video in which he admitted to having orchestrated the assault.

It is estimated that the attack caused a minimum of $10 billion in infrastructure and property damage. The cost of the cleanup was $750 million dollars.

The collapse of the second tower only took around 10 seconds.

After September 11th, The Department of Homeland Security was created to prevent further terrorist attacks.

184 people were killed from the planes hitting the Pentagon, including the passengers and hijackers.

As of August 2017, only 60% of the WTC victims’ remains have been positively identified. This leaves 1,113 of the 2,753 who have no biological confirmation of death.

After the first attack, it took 102 minutes for both of the Twin Towers to collapse.

It’s assumed that the destruction was a protest against America’s support of Israel, its participation in the Persian Gulf War, and ongoing military occupation in the Middle East.

Surprisingly enough, some of the terrorists that participated in executing the plot, had lived in the United States for over a year, and took flying lessons within the country. Others entered the country just a few months before the attack. These participants acted at the muscle in the plan.

Only 12 survivors were pulled from the rubble after the collapse of the towers.

Afterward, 18 people were rescued from the rubble of the towers. The last survivor was pulled out of the rubble after being stuck for 23 hours.

Ages of the 19 hijackers ranged from 20 to 33. Most of them were from Saudi Arabia.

In order to take over the planes, the hijackers were able to easily smuggle box-cutters and knives through security.

Out of all four planes, three hit their targets. However, the fourth plane, Flight 93, was reclaimed by the passengers before being crashed into a field.

It is theorized that the passengers of Flight 93 attacked the cockpit with a fire extinguisher. When the plane crashed, all 44 people aboard were killed.

The target of Flight 93 isn’t known for sure but was believed to be on the way to attack the White House, the U.S. Capitol, the Camp David presidential retreat, or one of several nuclear power plans on the East coast.

It took almost 10 years to locate and take out Osama Bin Laden, but he was finally killed by U.S. Forces in 2011. Up until his death, there was a $25 million bounty on his head.

There were numerous occasions to capture Osama Bin Laden from 1998, but for various reasons, such as probable civilian casualties, none of the plans were ever fully executed.

One of the men who were behind 9/11, also was played a major part in the 1993 bombing. Both attacks were carried out by Al-Qaeda.

This plan was carried out by detonating a 1,200-pound bomb in the parking garage beneath the World Trade Center.

Originally, the intention of the ’93 bombing was to ruin the foundation of Tower 1 enough to force it to topple into the Second tower.

Luckily, the plan failed because of overcrowded parking and the truck that carried the bomb was not able to get close enough to its target location. Had their plan worked, it would have brought the towers down faster than the 9/11 attack and resulted in a higher death toll.

The week after 9/11, alcohol consumption in Manhattan increased by 25%, tobacco intake rose by 10%, and church attendance rose by 20%.

After the attacks, it took firefighters 100 days to extinguish all the fires around Ground Zero.

$100 million dollars’ worth of art was lost in the collapse of the towers, including a memorial piece for the victims of the ’93 bombing, and paintings by Pablo Picasso.

During the destruction, a guide dog named Roselle led her blind owner down 78 flights of stairs and to the home of a friend.

While workers were going through the debris, they found 65,000 items including 437 watches and 144 wedding rings.

Just 6 months before the towers were destroyed, a property developer bought a 99-year lease on the World Trade Centers for $3.2 billion dollars.

After the tragedy, there was a three-day flight ban over the United States. Scientists took advantage of this and organized experiments on the effect of jet planes on the atmosphere.

When the National Guard went after Flight 93, the two pilots who took to the air didn’t have time to properly arm their jets. The pilots knew that if they intercepted a hijacked plane, they would have to fly their jets into the aircraft, with no guarantee of their own ejection. In other words, the brave pilots went on a suicide mission.

The 9/11 attack has been the largest loss of life in a foreign attack on American soil – higher than even Pearl Harbor.

The New York Times wrote an article about every single 9/11 victim. They called the series, “Portraits of Grief.”

At least 200 people jumped from the towers during the blitz. The fall lasted less than 10 seconds. Rather than suicide, these deaths were ruled as homicides at the hands of the terrorists.

There have been several memorials for 9/11 erected around the world made out of rubble from the towers. Some locations include Israel, Italy, and more impressively, a piece of the towers has ended up as a memorial on some space tools on Mars.

More than 1,100 people who worked or lived near the World Trade Centers during 9/11 have been diagnosed with cancer due to exposure to toxins from the site. Some of these include asbestos, smoke from jet fuel, and carcinogens.

The employee who gave the order to ground all planes after the horrible attacks was Ben Sliney – and it was his first day on the job.

While the planes were grounded, there was one exception made to this ruling.

Tania Head, the former president of the World Trade Center Survivors’ Network support group, had one of the most famous survival stories that were broadcasted in many interviews. It was later exposed that she was a fraud, and was not even in the country at the time of the disaster.

Upon the first plane striking Tower 1, people in Tower 2 tried to evacuate but were urged to stay at their desks by an announcement. Some tried to leave anyway but were turned back by security.

Canada took in 255 diverted flights from the United States on 9/11. Upon receiving them, the Canadians fed the stranded passengers.

Over 100 Search and Rescue dogs were deployed to help find survivors in the rubble of the towers.

September 11th is now commemorated as Patriot’s Day to honor those who died in the tragedy. 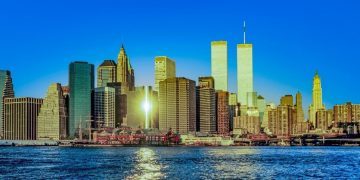 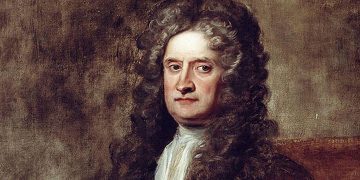 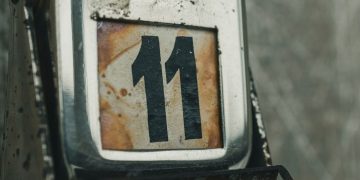 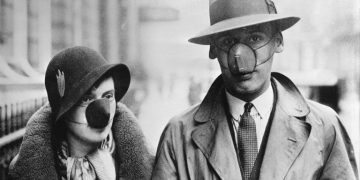