Salvador Felipe Jacinto Dalí y Domenech, otherwise known simply as Salvador Dalí, was born on May 11, 1904, in the town of Figueras, Spain.

He died at the ripe old age of 84 on January 23, 1989, in his hometown, close to the French border with Catalonia.

Salvador Dalí is most famous for his contribution to the world of art, particularly to the surrealist movement.

Dalí was not just famous for his artwork though. He had a particular tendency to play the fool, with his antics and bizarre lifestyle sometimes stealing the spotlight from his artistic works.

Everything he did in life he did with a certain flair and everything he worked on always had a very noticeable “Dalí-ness” about it.

Let’s take a look into what made Dalí the man that he was, what legacy he left the world, and what was so wild and eccentric about his nature.

Salvador Dalí believed he was the reincarnation of his dead older brother.

Dalí’s older brother was born almost three years before him and was also named Salvador Dalí.

Just 9 months before Dalí was born, on August 1, 1903, Dalí’s older brother died of a stomach problem.

Dali’s parents took his birth so soon after the death of their first child to be a sign and believed that Dalí was his reincarnation.

When Dalí was 5, they took him to his older brother’s grave and shared their belief in reincarnation with him, something that he too came to believe.

Salvador Dalí had a difficult childhood which ultimately shaped his life. 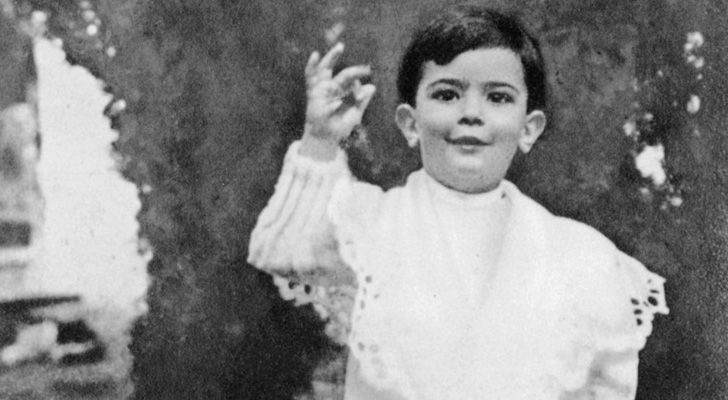 Salvador Dalí y Cuci, Dalí’s father, was an incredibly strict man, and as such he applied an incredibly disciplinarian approach to the way he raised Dalí.

His mother Felipa had other thoughts though, and treated Dalí in almost the exact opposite way, encouraging his artistic nature, as well as his eccentricities.

Through severe punishments from his father and abounding affection from his mother, it’s no small wonder he ended up a bit of an oddball.

Salvador Dalí’s immense talent was noticed at an early age.

By the time Dalí had reached the age of 12 his parents had already become well aware of his rising talent as an artist and sent him to drawing school.

Instead of focusing on his studies, though, he played the fool and embraced his eccentricity.

After his first year, his father organized a private exhibition showcasing Dalí’s charcoal drawings in their home.

At age 15 he exhibited his works for the first time publicly at the Municipal Theater in Figueres.

Originally Dalí was more known for his eccentricity than his art.

In 1922 Dalí moved from Figueres to Madrid to study painting at the Real Academia de Bellas Artes de San Fernando.

This was the first time that he felt truly unrestricted in the way he expressed himself, and he became well known as an eccentric.

He was commonly referred to as a Dandy, as he had long hair, sported sideburns, and wore clothes similar to those worn by the dandies of 19th century Britain.

Salvador Dalí was expelled from the same art school not once, but twice.

During Dalí’s time at the Real Academia de Bellas Artes de San Fernando, he was a well-known troublemaker.

In 1923 he was accused of leading a student protest and was consequently expelled.

He was allowed to return to the school and repeat an academic year, yet he ended up being expelled again in 1926 just before his final examination.

This time it was permanent though, as he declared to his examiners that he was more intelligent than them, thus they could not possibly examine him.

Dalí’ and his father never really saw eye to eye, so when he started courting Gala while she was still married to Paul Éluard his father didn’t hide his strong disapproval.

What really brought their relationship to breaking point though was a sketch he drew, over which he wrote about spitting on the portrait of his mother.

The most well-known work by Dalí is titled The persistence of memory.

This painting has gone down in history to not only be Dalí’s most well-known works, but also one of the most prominent pieces of surrealist artwork to ever be created.

This is a perfect example of Dalí’s methods and thought processes at the time.

When asked of the symbology behind the melting clocks in this piece, he stated that they were “the surrealist perception of a camembert melting in the sun”.

Salvador Dalí is famous for his surrealist works, yet he was shunned by surrealists.

Some of Dalí’s most famous artworks are his surrealist pieces, such as The Persistence of Memory, which he painted in 1931.

One could even say that he rose to fame through surrealism.

Yet in the 1930’s he was eventually removed from the surrealist movement. This was due to his apologetic nature towards Hitler, and his ambivalent attitudes towards fascism.

Salvador Dalí was 25 when he met his future wife Elena Ivanovna Diakonov.

Elena, known as Gala, was ten years older than Dalí at the time and was married to his good friend Paul Éluard.

Paul and Gala were divorced some years later. Dalí and Gala eventually got married almost 5 years later in Paris in 1934.

Salvador Dalí had a pet ocelot that he took everywhere. 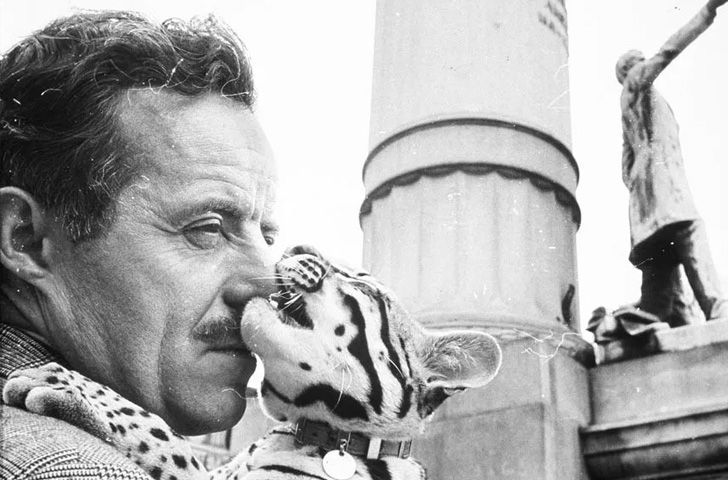 In yet another bizarre display of his eccentricity Dalí would take his pet ocelot almost everywhere he went.

Babou, Dalí’s ocelot, would trail along with him on a leash to restaurants, and well as onboard the luxury ocean liner, the SS France.

Salvador Dalí would go to almost any extent to acquire money, to the point that his colleagues would refer to him as Avida Dollars. This is an anagram of his name which translates into “eager for dollars”.

He would take almost any job, among them was designing the logo of the popular lollipop company Chupa Chups.

Salvador Dalí would pay for meals with drawings.

Dalí figured out a pretty clever trick to get out of paying for restaurant bills that he would end up using quite frequently.

He would write out a check to the restaurant and then draw on it, with the idea that no one would cash the check due to the value of the artwork on it. 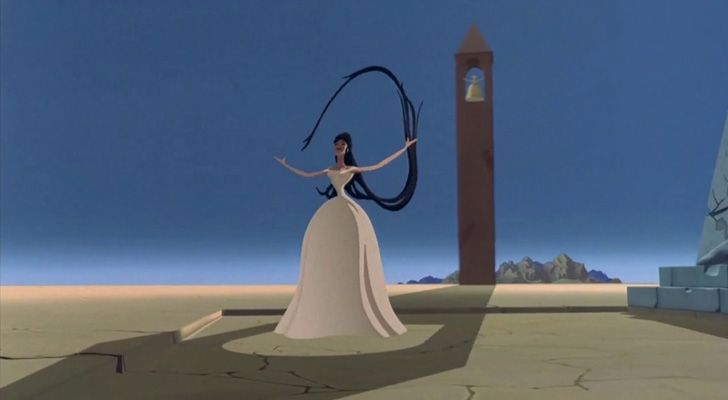 Walt Disney hired Dalí to work on a film called Destino in 1946, in which Dalí’s artwork was combined with Disney’s character animation.

They initially had no idea how long it would take to produce the film, and after 8 months of working non-stop, they had to put a stop to the project due to financial issues.

The film was finally complete in 2003 by Walt Disney’s nephew, Roy E. Disney.

Salvador Dalí bought a castle for his wife.

When Dalí bought a castle for his wife Gala in 1968 she accepted it with one peculiar condition.

If Dalí ever wanted to visit her at the castle he would have to gain written permission from her beforehand.

She ended up spending many weeks there, which has led some people to speculate whether she simply just needed a break from the craziness of it all.

Salvador Dalí built a museum for himself and then died in it. 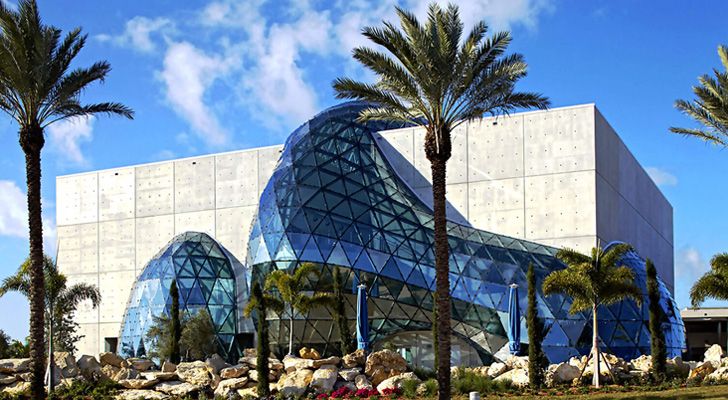 The mayor of Dalí’s hometown asked him to donate a piece of his art to the town’s museum but ended up with much more than he asked for.

Dalí ended up rebuilding the municipal theater where he held his first exhibition into a museum dedicated to himself and his works.

Dalí lived in the museum in the last few years of his life and died there in 1989.

Whether you’re a fan of Salvador Dalí’s artwork or not, it’s easy to agree that he had a big impact on the world today.

He was an enigma, he was thought-provoking, and he made his own way throughout the world without a care of what people thought.

He lived an incredibly full life, and what we’ve shared with you here is just the tiniest glimpse into the life of this marvelously eccentric artist.