Dan Lewis
4 Minutes Read
Updated: July 27, 2021
According to the National Peanut Board, the average 12 ounce jar of peanut butter requires around 540 to 550 peanuts to fill.

Peanut butter – a substance that is found in almost every form, from spread to fudge.

The stuff is everywhere and I love it!

The high-fat, high-gloop spread is simply the best thing to have smeared on sliced bread – toasted or not.

In 1901, the phrase Peanut Butter & Jelly first made a written appearance. It was called peanut paste and was part of a recipe for a simple sandwich to add a bit of variety found in the Boston Cooking School Magazine of Culinary Science and Domestic Economics.

According to a study carried out from 1996 until 2010 consisting of over 9,000 women aged 9-15, there was a 39% decreased risk of developing benign breast cancer, simply by eating peanut butter for 3 days a week.

In 2014, a team of German researchers managed to create a tiny diamond out of peanut butter after pressing it with immense pressure to replicate that of the earth’s own diamond creation process. The diamond was destroyed straight after due to an enormous hydrogen release.

Peanuts aren’t actually nuts. The “nut” most of us seem to love is actually a legume, as it is an edible seed inside a pod.

During Alan Shepard’s journey to the moon with NASA in 1971, Alan brought along peanut butter as an apparent good luck charm.

In February 2017, Dinesh Shivnath Upadhaya secured a world record in India when he consumed 46 ounces (296.6g) of peanut butter in 60 seconds, landing him the title of “the most peanut butter eaten in one minute.”

Some sites report that around 15% of a man’s daily requirements of calories would come from a single peanut butter and jelly sandwich when consumed.

The well-known brand of peanut butter, Skippy, was actually started in 1932 by Mr. Rosenfield who created the first chunky peanut butter under the brand name.

To make around 30,000 peanut butter sandwiches you would need around 1 acre of peanuts. Each peanut farm is around 100 acres.

In the U.S., around ¾ of all houses possess at least 1 jar of peanut butter.

In 2014, a man called Jerome Davis pulled a knife on his sibling after he ate too many peanut butter and jelly sandwiches. Sick of his brother’s obsession, he pulled the blade after he ate over 4 sandwiches in one day.

When it comes to the debate of chunky vs smooth, it seems the division is down to gender and age. Women love smooth best, as do children, with men preferring the joys of the chunky variety.

According to a study conducted in the early 1990s, regular consumption of peanuts can lower the risk of contracting colorectal cancer in women compared to those who do not eat the nuts frequently.

In three states in the U.S., there are 6 cities named after the peanut, they are in California, West Virginia, Tennessee, and Pennsylvania.

The presidency and peanuts have quite the connection. Two former presidents have previously been peanut farmers – the 39th president Jimmy Carter, and Founding Father Thomas Jefferson.

A vital ration during World War II was the peanut butter sandwich according to the all-knowing Peanut Butter Board.

According to the National Peanut Board, the average 12-ounce jar of peanut butter requires around 540 to 550 peanuts to fill.

In 1903, a patent was granted to Dr. Ambrose Straub, this machine was crucial in the development of modern peanut butter. The machine passed peanuts that had been ground up through a meat grinder to achieve very chunky peanut butter.

Like the clotted cream and jam argument in Britain, the U.S. has a very strong feeling about whether you put peanut butter first or last when preparing the famous PB&J, with 96% of people putting the jelly on after the peanut butter.

On February 14, 2012, Illinois local Patrick Bertoletti managed to secure the record of the most peanut butter and jelly sandwiches eaten in a single minute when he ate six – an average of 1 every 10 seconds.

So there we have it, 27 facts about sweet sweet peanut butter!

A substance many of us love even today as adults, and with the Fan Club and numerous organizations dedicated to the spread, we’re definitely not alone. 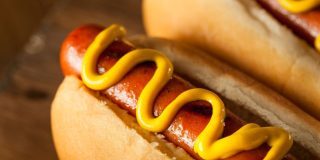 Is A Hot Dog A Sandwich? 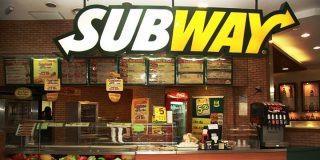 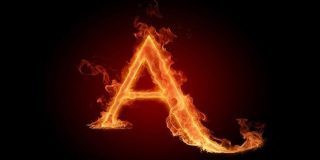 Phobias Beginning With The Letter A 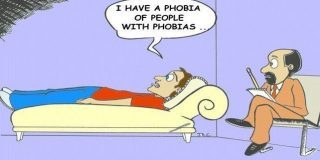