Shash Wighton
8 Minutes Read
Updated: September 12, 2022
Did you know that in 1971 Colorado became the only U.S. state to reject hosting the Olympics?

Officially nicknamed the “Centennial State,” Colorado was the 38th state to join the United States of America on August 1, 1876.

Colorado is bordered by the states of Arizona, Kansas, Nebraska, New Mexico, Oklahoma, Utah, and Wyoming.

The capital of Colorado is Denver, situated just northeast of the center of the state.

Enough about the fast facts, though; let’s get to know more about the Centennial State!

Colorado has been inhabited for more than 13,000 years!

The area that is known today as Colorado has been populated for much longer than you’d expect.

There’s an archaeological site called the Lindenmeier site up in the north of the state on the border with Wyoming, which is full of artifacts dated as far back as 11,200 BC.

The first people to inhabit the area were nomads who would follow herds of bison and have been identified as people of the Folsom Tradition because of the arrow tips they used.

The first Europeans to explore Colorado were the Spanish. 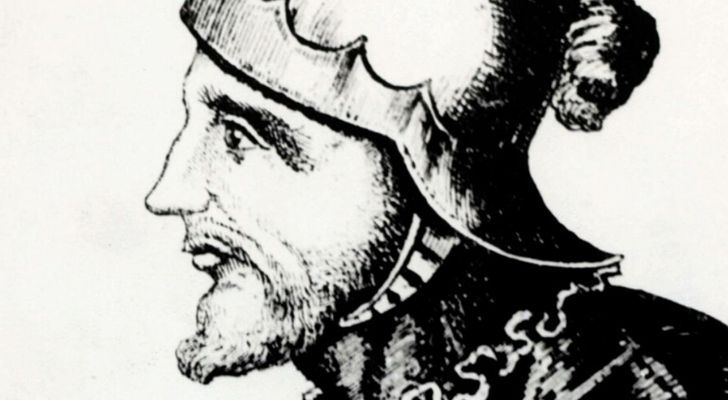 As with many other US states within the region, the first Europeans to reach Colorado were conquistadors.

It’s quite likely that in 1541 the famed Spanish explorer Francisco Vásquez de Coronado crossed parts of the southeast corner of what we now know as Colorado when searching for a mythical city of gold.

It wasn’t until 1598, when Don Juan de Oñate Salazar founded the colony of Santa Fe de Nuevo Méjico, that parts of modern-day Colorado were claimed by Europeans.

Not much happened in Colorado for 250 years after it was first explored by Europeans.

Although parts of modern-day Colorado were claimed by the Spanish in 1598, there was little attention paid to the region.

While they did send a number of expeditions reaching further and further north, there was never a real push to settle down.

Spain gave up its rights to the region to the French in 1800, and the French then sold it to the US as part of the Louisiana Purchase in 1803.

Over the next 20-30 years, fur trappers moved into the region to hunt beavers, but little else happened in the area.

The first US explorer to travel through Colorado got “lost” and was arrested by the Spanish. 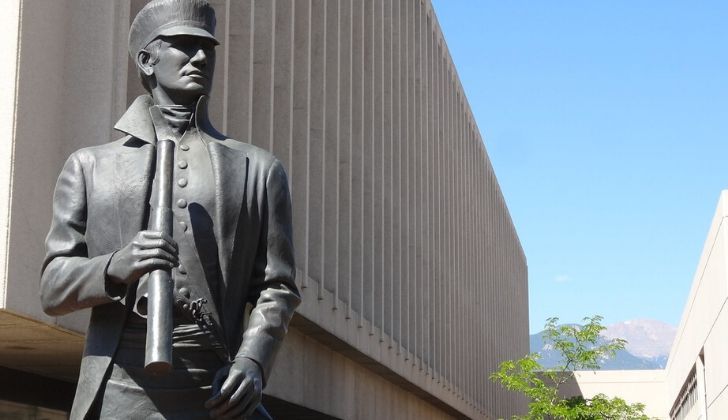 Zebulon Pike was ordered to mount an expedition to find the source of the Arkansas and Red Rivers, which led him into modern-day Colorado.

On July 15, 1806, Pike set out on what came to be called the “Pike Expedition,” in which he and his men discovered and attempted to scale what became known as “Pike’s Peak.”

After giving up due to heavy snow and a lack of food, they headed south and set up a base to spend the rest of the winter in.

It’s unsure whether they had lost their bearings or whether the act was deliberate, but they had actually set up camp in Spanish territory!

They were promptly arrested, detained in Santa Fe, and then released at the Louisiana border several months later.

Colorado has finally settled, thanks to a gold rush.

In 1849 gold was discovered in California, and the subsequent gold rushes in the region made history.

As more and more people flocked to California, those hunting for gold started to widen their search further and further.

One prospector called William Green Russell came upon a cache of gold worth multiple hundreds of dollars in Colorado, which then prompted a gold rush in the region.

This was the beginning of the “Pike’s Peak or Bust” gold rush, in which around 50,000 people moved into the area.

As a direct result of Russell’s findings, a settlement was founded called Montana city in 1858, making it the first in a long line of settlements in the territory of Colorado.

Colorado is known for its extreme weather.

Extreme changes to the weather in Colorado are more than just common, they’re pretty much expected!

Unsurprisingly, though, the areas of Colorado with the most extreme weather issues are also the least populated.

Part of the US’s famous tornado alley covers Colorado’s Eastern Plains, a region of the US where frightful tornadoes are frequent.

The eastern plains aren’t just fraught with tornadoes, though – they also experience some of the biggest hailstorms in all of the US!

Life in the mines of early Colorado was brutal.

At the beginning of the 20th Century, there was still a prominent mining industry, but life wasn’t ideal for the miners.

The quality of life of miners and their families living within so-called “tent colonies” was low, and labor conditions weren’t much better.

The Western Federation of miners attempted to fight against the injustice of it all but was met with military brutality.

Strikes popped up and were promptly shut down with force for decades.

The very first rodeo is said to have been held in Colorado. 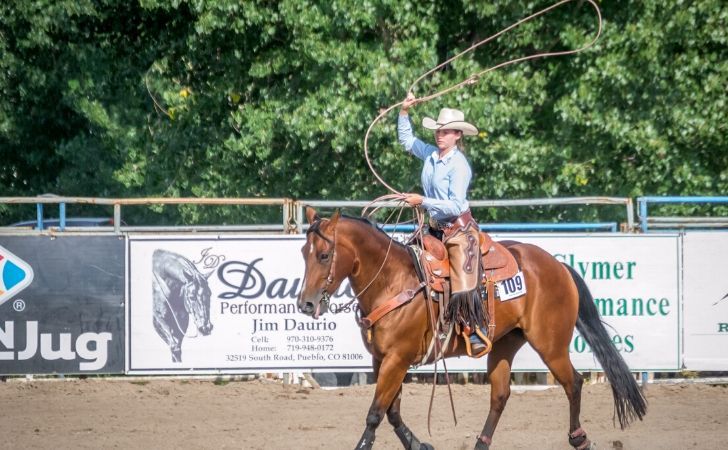 Most people would assume that this daring sport would have originated in somewhere like Texas, but no!

The town of Deer Trail, Colorado, is one of the many towns claiming to have hosted the first rodeo in the world.

A local magazine called “Field and Farm” recorded the event as having happened on July 4, 1869.

The prize of the competition was a new suit of clothes and was awarded to a man called Emiline Gardenshire.

The Colorado State Capitol building is made of incredibly unique material. 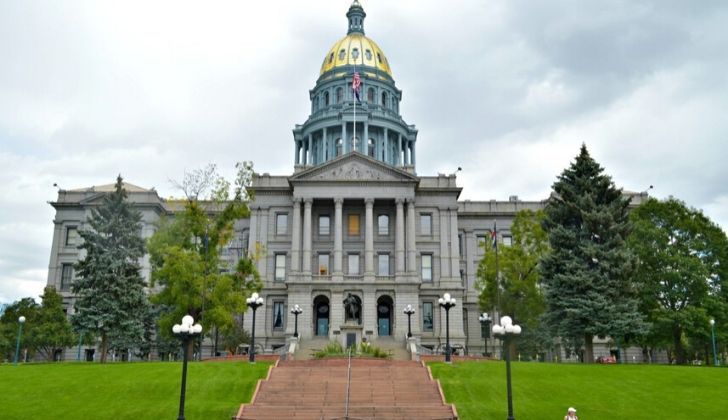 Parts of the Colorado State Capitol building in Denver are made of a material known nowhere else in the world.

In 1893 in the town of Beulah, Colorado, an incredibly rare deposit of a marble-like stone was discovered.

It has rich pink hues and fascinating marbling and was promptly snapped up by builders of the state’s Capitol building.

Nearly the entire stone deposit was used in the construction of the building, going into the bases of the columns and the stairwells.

Fortunately, a small amount of the stone has been kept in reserve to make reparations, as the deposit of the stone found in Beulah is the only known one of its kind in the world!

Colorado is home to the highest, the longest, and the largest! 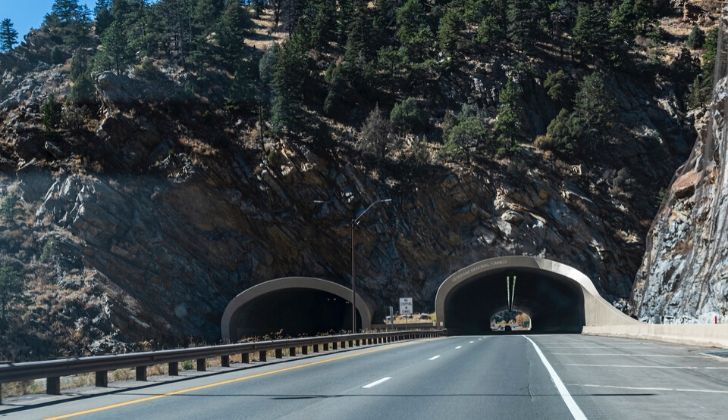 The highest auto tunnel in the world is the Dwight D. Eisenhower Memorial Tunnel which can be found about 60 miles to the west of Denver.

Colorado also has the highest paved road in all of North America, with its highest point reaching a staggering 14,258 feet (4246m) above sea level!

In Denver, you can find the longest continuous street in the US sprawling through the city’s downtown.

Denver is also home to the world’s largest indoor rodeo, which is hosted every year.

The cheeseburger was invented in Colorado. 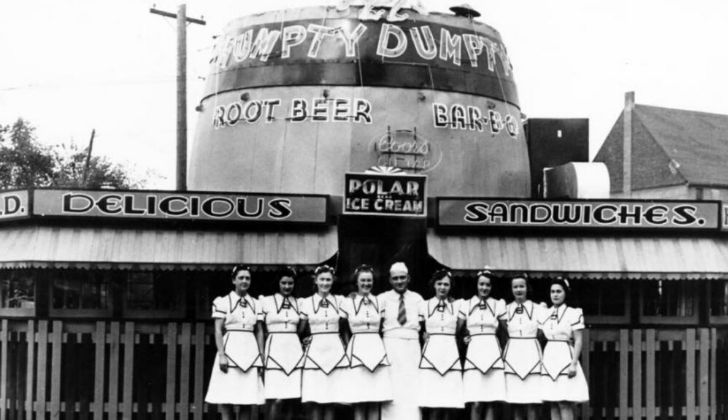 Well, apparently, at least. A man by the name of Louis Ballast is said to have invented the cheeseburger in his restaurant called the Humpty Dumpty Drive-in in 1935.

He attempted to trademark the term “cheeseburger,” but it didn’t do him all that much good.

Unfortunately for Louis, the trend kicked off, and diners across the US started selling their own variations of the tasty burger.

Colorado is famous for its hot springs.

There’s a sight worth seeing in the town of Glenwood Springs, Colorado.

Stretching as long as two whole city blocks, the Glenwood Hot Springs is an enormous, naturally heated pool set in the historic center of town.

The hot mineral water which feeds into the pool comes from the Yampah spring, which gives out an incredible 3.5 million gallons (1.32 million L) of water daily!

Colorado is the only state in the US to reject hosting the Olympics. 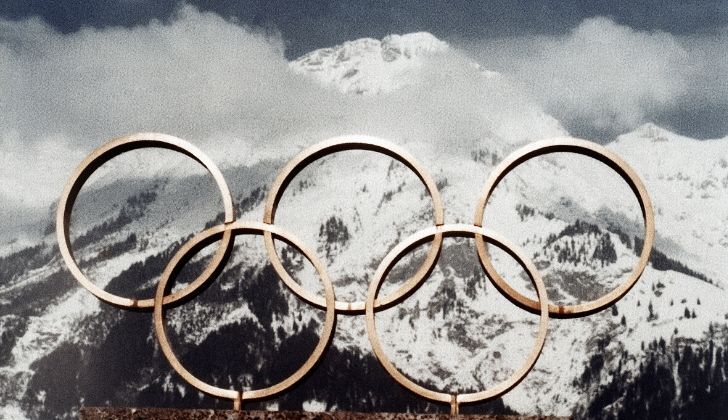 The US Olympic Training Center and Olympic Committee are both found in Colorado, which makes this even more ironic.

Colorado had actually applied to host the 1976 Winter Olympics, but it was all for nothing due to the citizens of Denver.

Fearful of the great costs and pollution associated with the event, the citizens of Denver voted against holding it, and it ended up being hosted in Austria.

The tallest sand dune in North America can be found in Colorado. 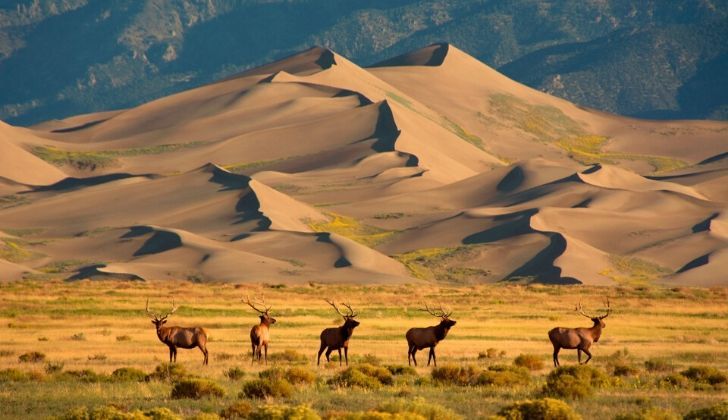 If you find yourself down in the south of Colorado, then make sure you swing past the Great Sand Dunes National Monument.

You can find the sand dunes just outside of the town of Alamosa, in 85,000 acres (34,000 hectares) of protected parkland.

Here you can attempt to scale the 750-foot (228m) high dunes, which are the remnants of prehistoric oceans.

Colorado has almost as many ghost towns as it does active ones. 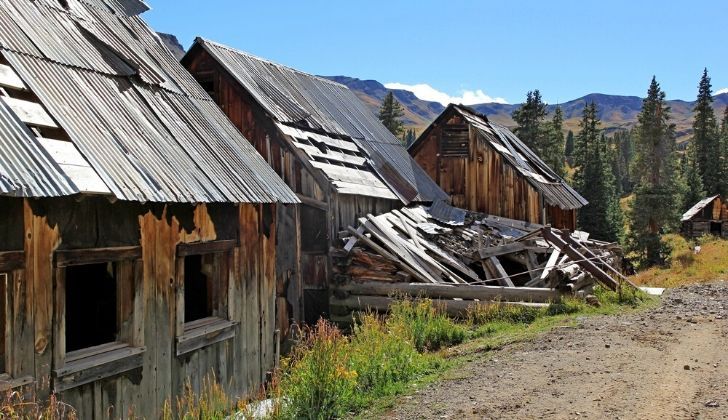 Colorado has an extensive history with gold rushes, and you can still see remnants of this era today.

When prospectors came upon gold, the news would spread around quickly.

This caused people to scramble to the region in hopes of fortunes, and these people eventually set up settlements in the regions they ended up in.

Many of these settlements and small towns died out soon after all the gold was mined away, leaving empty shells of buildings behind.

There are about 500 ghost towns in Colorado and just 650 active ones!

When it comes to Colorado, you’ve got to think big! Its mountains are big, its hot springs are big, and it’s definitely big on history!

If you’re keen on nature, it’s definitely worth taking a trip out to Colorado.

Unfortunately, though, you can no longer visit the Humpty Dumpty Drive-In, as it was demolished in the 60s.

Previous Article 8 Interesting Facts About Your Liver Next Article What Are The Differences Between Forests, Woods & Jungles? 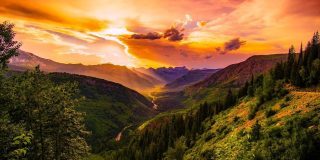 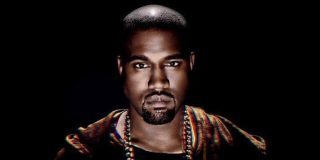 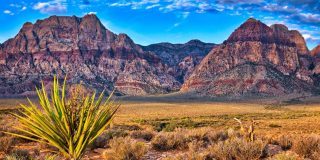