Jade Hillock
4 Minutes Read
Updated: March 17, 2021
Did you know that Clownfish can live up to five years in captivity?

The waters are full of fascinating fish, including thousands of tropical fish; not only are they pleasing to look at, but they’re also rather interesting too!

Check out these 30 facts about some of the world’s most amazing tropical fish.

The Western Rainbowfish has large black eyes, two dorsal fins, a deeply forked mouth, and black or silver bands running across the scales. The male displays his brightest colors during courtship.

The Siamese Fighter/Betta is small with an elaborate color scheme despite its size starting with a dark color around the head, lighter color on the body, and a reddish color on its long fins. The male and the female spiral around each other during mating, fertilizing from 10 to 45 eggs each time they spiral until all of the females’ eggs are released.

The Moonlight Gourami is an iridescent silverfish that develops a pastel green hue upon reaching adulthood. The really small scales of this species are what give it its iridescent shine.

The Molly Fish ranges in color, they can be orange, green. or black. It is difficult to get Mollies to stop breeding. Buying a few may give you more than you bargained for. Owner beware!

The Silver Scat is surprisingly silver in color and marked with large dark spots. As the scat ages, it will develop a hunchback shape on top of its body.

The Sumatra Puffer is also known as the Figure 8 Puffer. It is a deep brown color on the upper half of its body, with a white underside. Markings on its back resemble little figure of eights. The Samutara Puffer has a very expressive face due to its facial anatomy.

The Polka-Dot Loach become aggressive when not around fish of their own kind.

The Clown Loach is very susceptible to fish diseases.

The Cherry Barb tends to be antisocial at times, which makes them look rather lonely – even amongst its own species.

The male Odessa Barb, sometimes known as the Scarlet Barb has a bright red stripe on their body, running horizontally from head to tail. The females are silver and pink with a black spot above the pectoral fin.

The Black Ruby Barb may just be your favorite! If you don’t like mosquitoes, then you may like this fish because it eats its larvae when available.

The female Harlequin, also known as the Red Rasbora, leaves their eggs on the underside of broad leaves.

Despite their name, the Blind Cave Tetra has really good eyesight, to begin with, but as mature adults they lose their sight.

The Yo-Yo Loach is named for the markings on its body that appear to be Y’s and O’s.

The female Pindu Fish incubates her eggs in her mouth and releases the fry when the eggs hatch.

Most catfish are normally active at night, however, the Peppered Cory Catfish is active more often during the day.

The Emperor Tetra are mostly peaceful fish by nature, only fighting over territory between males. Even with other species of fish, they do not act very aggressively.

The Upside-Down Jellyfish spends its life upside-down to other species of Jellyfish because algae live inside the jelly’s tissues allowing the jelly to take advantage of the process of Photosynthesis and feed off of the food the algae inside it produces.

The male Red Platty is much brighter in color and smaller than the female of the species.

In captivity, Clown Fish can live up to five years.

The Golden Gourami has something called a labyrinth organ that absorbs and sends oxygen directly into the bloodstream.

The Rosy Bitterling Fish is a very shy fish, which ideally is in a tank of at least six. The tank should also have plenty of hiding places. They get their name from the color the males change to during the spawning season.

The Archer Fish actually “fire” at prey with a strong and accurate small jet of water.

Previous Article What Is Bitcoin? 10 Facts You Should Know Next Article 12 Facts About Comic Sans - The World's Most Hated Font 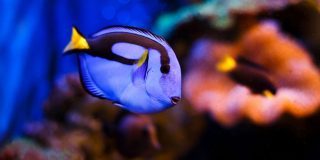 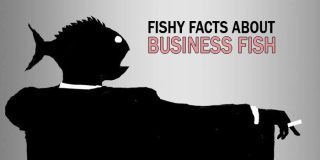 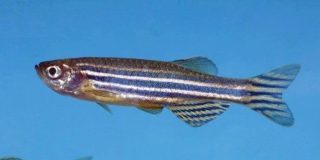 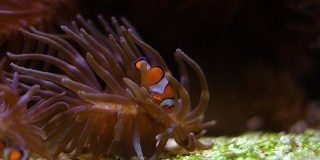