Zoe Adams
2 Minutes Read
Updated: August 25, 2022
Father Christmas has had various names all over the globe, such as Père Noël in France, & Papá Noel in Spain. 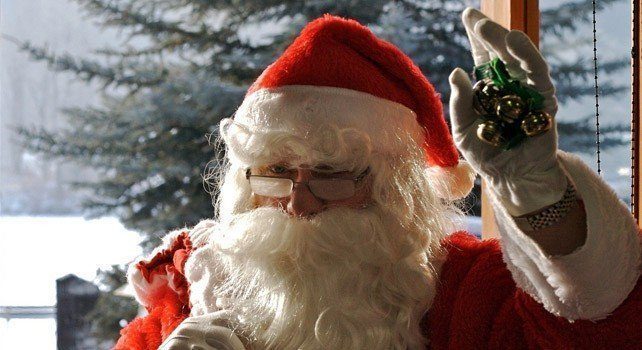 Father Christmas, the fat man in the red suit, but has it always been like this?

Check out these top 15 festive facts about Santa Claus.

Father Christmas is a figure associated with Christmas-time.

One of the most common names for him today is Santa Claus.

He has had various names all over the globe, such as Père Noël in France and Papá Noel in Spain.

In English folklore, people used to believe that he was associated with the god Wodan, the carrier of the dead.

Saint Nicholas was the original model for Father Christmas, as he used to leave secret gifts for people or put coins in shoes if they were left outside.

The original idea of Father Christmas was that he brought good cheer – not gifts.

In the Tudor and Victorian Eras, Father Christmas wore a green suit.

Nowadays, Europe sees him as a jolly old man in a red suit, lined with white fur and a matching hat. He also wears a black belt and boots.

He is usually depicted with a long white beard and a sack of toys.

Some people believe that the suit became red after he was featured in a Coca-Cola advertisement, which has nowadays become the symbol of Christmas-time.

Father Christmas has a “Naughty List” and a “Nice List,” which children’s names are upon. He checks this when he receives wish letters from those children.

Children are told to leave a glass of sherry and a mince pie for Father Christmas and a carrot for his reindeer as a sign of thanks.

He delivers presents on a magical sleigh, pulled by flying reindeer. He slips down the chimney (or uses a magic key) to leave presents under the tree or in stockings.

He is one of the most popular characters in fiction and film alike, examples being the Raymond Briggs children’s book Father Christmas and the 2012 Dreamworks animated film Rise of the Guardians. 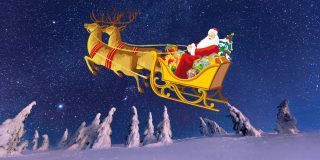