The reindeer that drive Santa’s sleigh is among the most beloved Christmas characters of all time.

Featuring in movies and TV shows and on Christmas cards and decorations, festivities just wouldn’t be the same without Santa’s reindeer.

There are many fascinating facts about Santa’s reindeer – read on to learn more and get ready to impress at the dinner table this Christmas. 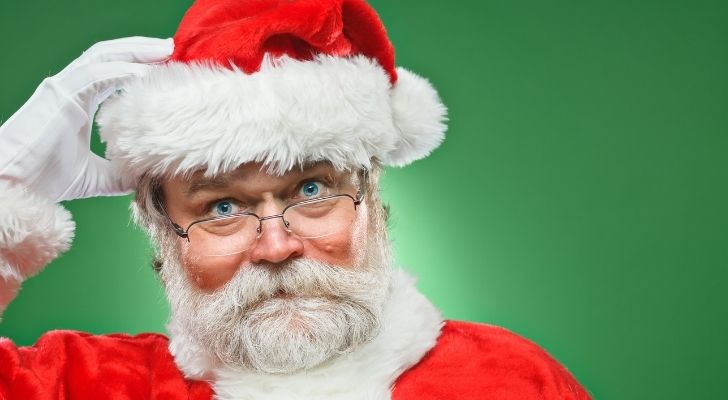 Santa’s reindeer might be an essential part of the festive season nowadays, but that wasn’t always the case.

The first reference to reindeer pulling a sleigh came in 1821. 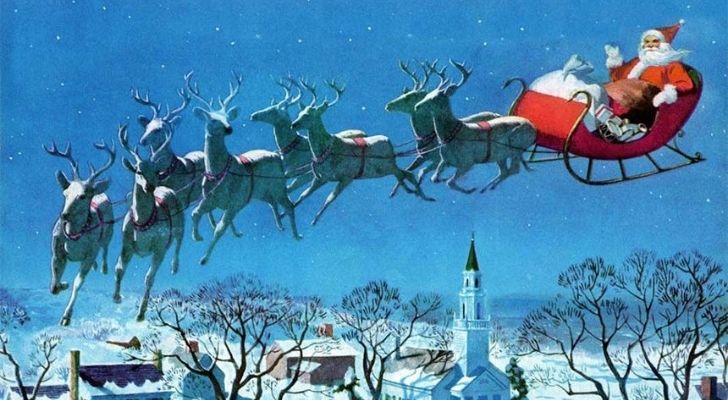 Saint Nicholas had been a part of Christmas traditions since as far back as the 13th Century. But the character of Santa Claus, with his bright red outfit and lively style, appeared much later.

The version of Santa that we know and love today evolved over decades.

Christmas poems and tales painted a picture of a jolly man with a white beard descending the chimney to leave gifts for well-behaved children.

A sleigh pulled by adorable, hard-working reindeer brought even more magic to the revised story of Santa Claus. By the 1920s, Coca-Cola had started using Santa Claus in its marketing.

The author who first wrote about Santa’s reindeer is unknown. 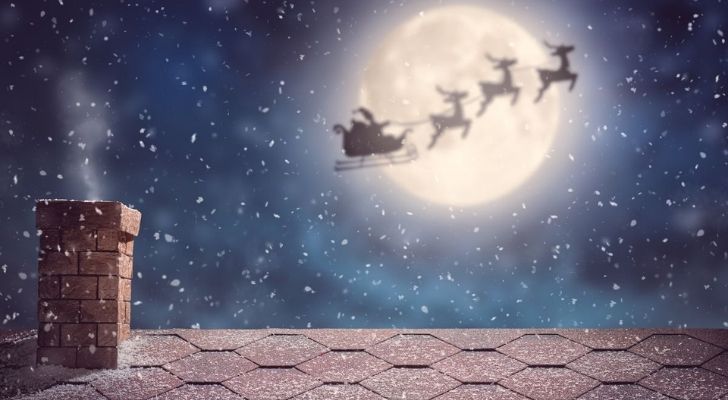 Despite becoming such a famous part of Christmas today, the author who penned the poem originally mentioning reindeer is not known.

The poem, Old Santeclaus with Much Delight, depicted a reindeer pulling a sleigh carrying Santa over the rooftops.

It mentioned gifts – described as “rewards” – being delivered on Christmas Eve, rather than Saint Nicholas Day on December 6.

Neither the author nor the illustrator of this legendary work is known. It is often shortened simply to “Old Santeclaus.”

Multiple reindeer were first introduced in 1823. 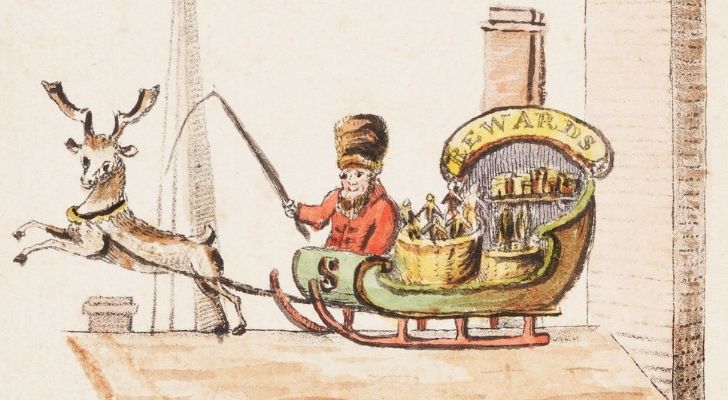 Two years after Old Santeclaus was published, an author anonymously released A Visit from St. Nicholas.

It became commonly known as The Night Before Christmas.

It had a significant influence on developing modern-day Christmas tales and traditions, including Santa’s reindeer.

It was the first time multiple reindeer had been named in a Christmas story.

Donner and Blitzen used to have different names. 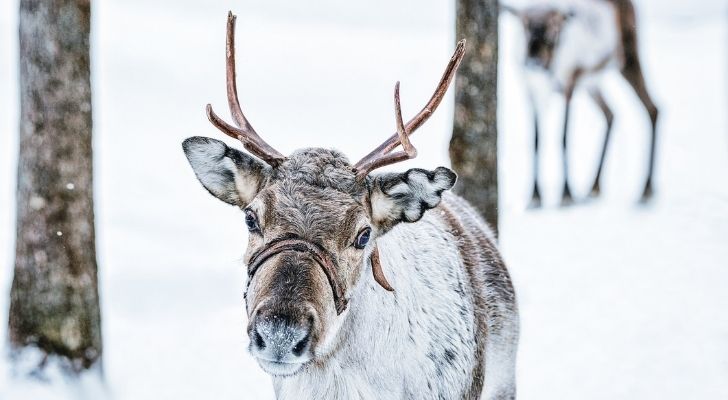 The original names of Santa’s reindeer in 1823 included Dunder and Blixem. Today, these reindeer are commonly known as Donner and Blitzen.

There are conflicting accounts of how the names of these reindeer came to be changed. “Dunder” and “Blitzen” are Dutch for “thunder” and “lightning.”

An 1837 poem by Charles Fenno Hoffman was renamed the reindeer Donder and Blixen.

Some speculate that Blixen was chosen to rhyme with Vixen, although the rationale for the change to “Donder” is less clear.

When Clement Clarke Moore included the 1823 poem in an 1844 publication of his own, Blixen became Blitzen, and the name Donder was adopted.

The story of how Donder later became Donner is unknown.

Rudolph was NOT one of the original reindeer. 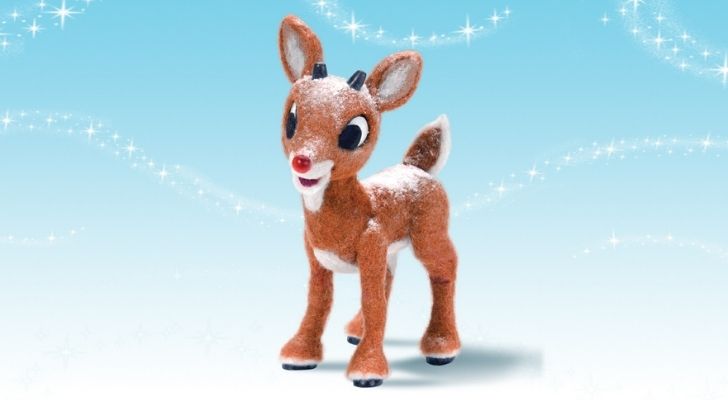 While most of Santa’s reindeer were introduced in the early 19th Century, Rudolph took more than 100 years to appear.

In 1939, a department store in Chicago wanted a “cheery” new Christmas character. They asked one of their staff, Robert Lewis May, to write a children’s book.

May worked in advertising and took on the challenge despite his wife being terminally ill with cancer.

After around 50 hours of work, Robert May had created Rudolph the Red-Nosed Reindeer.

Millions of copies of the new book were bought and given away to customers.

Rudolph has become an integral part of Christmas culture. 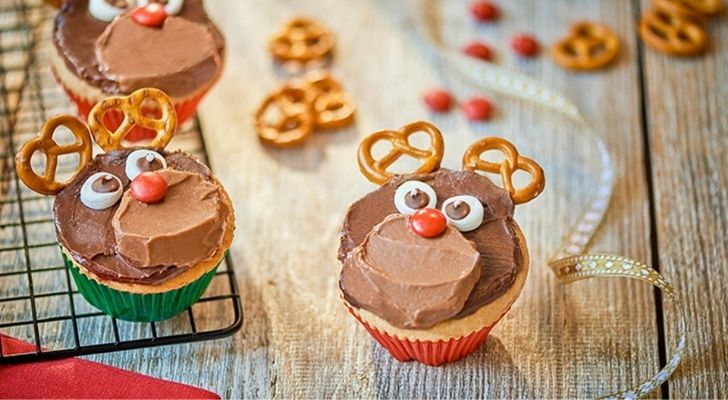 This cute Christmas character has become an integral part of the festive season.

In 1949, a decade after Robert Lewis May first created him, Rudolph the Red-Nosed Reindeer became the title feature of the Christmas Number 1 in America.

Singer-songwriter Johnny Marks took inspiration from the 1939 children’s book penned by his brother-in-law.

His song was introduced on New York Radio by American crooner Harry Brannon.

Chuck Berry continued the tradition by releasing Run Run Rudolph in 1959. The following decade, a special animation was released featuring Rudolph and was developed into a series over 15 years.

To celebrate 75 years of Rudolph, limited-edition postage stamps were available in America in 2014.

Santa’s reindeer are all female. 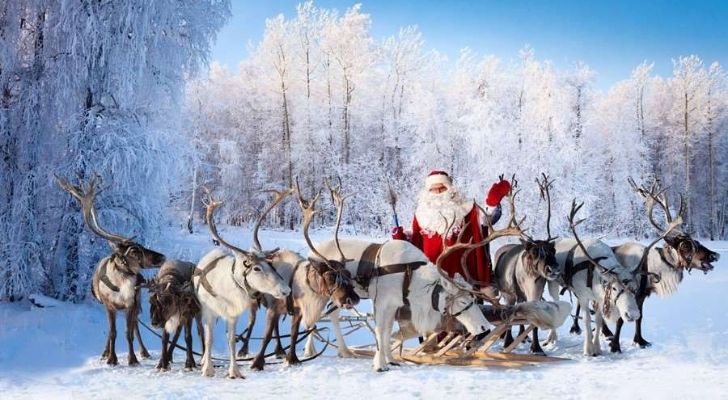 Male reindeer shed their antlers after the mating season is over, while female reindeer retain theirs.

Since the mating season is in the fall and finishes by early December, reindeer seen at Christmas with antlers would most likely be female.

Males use their antlers to fight during mating season. If male reindeer are castrated, however, they would not typically shed their antlers.

But there is another piece of evidence that suggests Santa’s reindeer are female.

Male reindeer have around 5% body fat, while females have up to 50%. This keeps them much warmer in sub-zero temperatures – like pulling Santa’s sleigh through the air during winter.

Some people think Santa has many other reindeer. 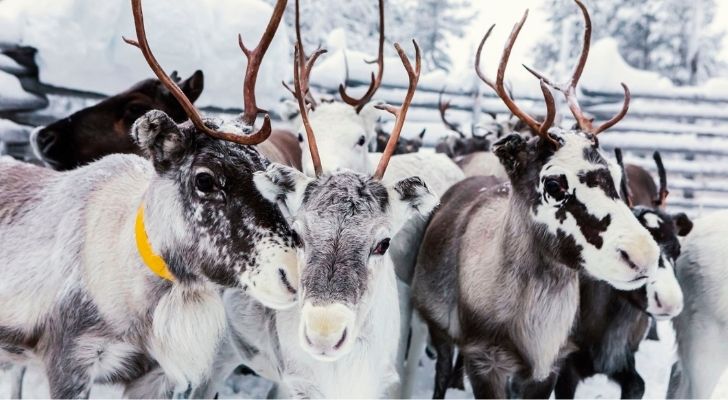 The original eight reindeer, plus Rudolph, have well and truly been cemented into society. But that doesn’t stop popular culture from suggesting Santa has other reindeer.

Santa’s sleigh was shot down in a 2002 episode of the TV show “South Park.” Eight new reindeer, including Horace, Skippy, and Steven, formed a backup team.

In the 1962 song, “Santa is Watching You,” Ray Stevens lists the original reindeer plus George, Bill, Fred, Queenie, Bruce, and others.

Santa’s reindeer have a heritage that dates back decades. Now a key part of the holiday season, Rudolph and the original eight reindeer can brighten up any Christmas.