Written By:
Luke Ward
Last Updated:April 6, 2021
Reading Time:
1 Minute
Filed Under:
Celebrities
Boy-band star Aston Merrygold from JLS is only 5' 52 tall, which gained him the nickname of "lil man" when he was at school. 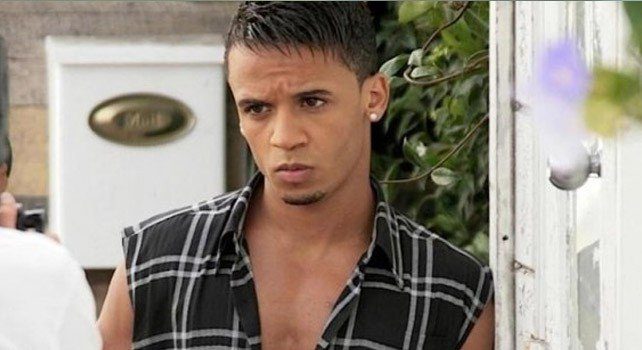 Aston Merrygold is a British singer and actor, he is one of four JLS members, if he is your favorite from JLS, check out these twenty facts!

Aston was born on February 13, 1988, he has the same birthday as Robbie Williams. This makes his star sign Aquarius.

His biological father is called Orjan Merrygold, who is from Jamaica.

He has five brothers and one sister.

Aston attended Jack Hunt School in Peterborough, Cambridgeshire, England, where he was born and raised.

When Aston was younger, he wanted to be a professional footballer.

Aston has brown hair and eyes.

In 2002 he appeared on Stars In Their Eyes Kids impersonating Michael Jackson.

In 2004, Aston Merrygold was cast as Cookie in ITV’s Fun Song Factory.

He came in second place with JLS on The X-Factor in 2008.

In 2010, an obsessive fan broke into Aston’s bedroom!

On October 9, 2012, Aston pranked Olly Murs by making him believe he caused serious injuries by firing Aston out from a cannon.

He doesn’t own any pets.

During Summer 2012, Aston Merrygold started his relationship with Sarah Richards, one of JLS’s backing dancers.

At school, Aston had several nicknames, he was known as Lil Man or A.S.

He is a fan of Beyonce, Chris Brown, Mario, Michael Jackson and Usher.

Aston has designed many of his own tattoos.