It’s a day for giving, especially to the less fortunate.

It’s the day after Christmas, and whilst not quite as special or as widely celebrated as Christmas Day itself, Boxing Day still has some unique facts and history that surround this day.

Read the facts below to find out who celebrates Boxing Day and what other names we have for the day after Christmas.

So without further ado, here are 13 fast facts about Boxing Day!

In South Africa, Boxing Day is known as the “Day of Goodwill.” This day is about giving to the less fortunate.

In Ireland, Boxing Day is known as “Saint Stevens Day” or “the feast of Saint Stephen.” It’s one of nine official public holidays in Ireland.

In other continental European countries, it is known as “Christmas II” or “Second Christmas Day.”

Boxing Day traditions depend on the location; however, it includes shopping, giving money and gifts to the less fortunate, and a day of watching sporting events like horse racing and football.

On Boxing Day 2004, a massive 9.3 magnitude earthquake created a tsunami around the Indian Ocean, resulting in the deaths of over 300,000 people. Indonesia was the worst affected country, followed by Sri Lanka, India, and Thailand. It was the deadliest natural disaster in Boxing Day history.

In Australia, New Zealand, Canada, and the UK, Boxing Day is the heaviest shopping day of the year. It’s even busier than Black Friday & Cyber Monday.

Boxing Day is one of the British bank holidays recognized since 1871.

There is no official reason as to why it is known as “Boxing Day.”

On Boxing Day in the UK, the most popular online searches for shopping are sale items.

National Candy Cane Day is celebrated on December 26 every year in the United States.

On December 26, 1973, William Friedkin’s horror masterpiece “The Exorcist” was released. 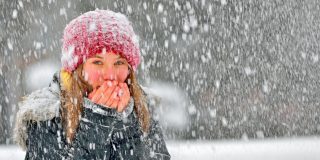