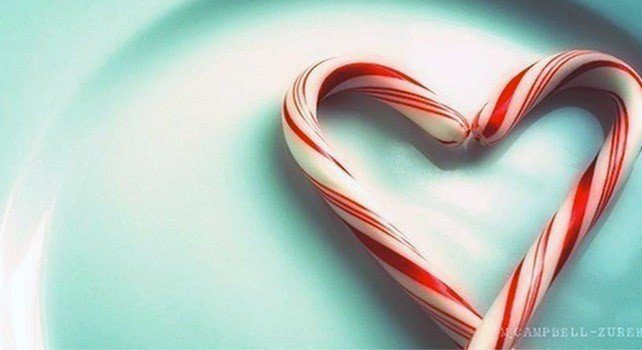 They are mainly associated with Christmas, and can be used for a tasty treat or a traditional Christmas tree decoration.

If you love this Christmas candy, or just want to learn more, check out these 15 cool facts about candy canes.

The world’s largest candy cane was created in 2011 and was 63 feet tall.

The average sized candy cane (5 inch) weighs roughly half an ounce and only has 50 calories.

Candy canes do not have any fat or cholesterol.

A candy cane turned upside down reveals the letter J, which many believe represents Jesus.

It is believed by many that the white of the candy cane represents the purity of Jesus.

Originally, candy canes were only white and they didn’t have the bend.

The first candy cane was made over 350 years ago.

The candy cane was first mentioned in association with Christmas in 1874.

In 1882, candy canes were first hung on Christmas trees.

The red and white striped candy canes were first made around 1900.

In 1921, Brasher O. Westerfield invented a machine that could automatically make candy canes. Before this each cane was made by hand.

Over 1.7 billion candy canes are made each year around the world.

The traditional flavor for candy canes are peppermint, however, it is also made in a variety of other flavors and colors.

Candy canes can also be used for toppings on desserts or as an extra in hot chocolate, yes, a candy cane hot chocolate stirrer!