Kenzo is a famous French luxury women’s and men’s fashion brand with its head offices in Paris, France.

The label was founded in 1970 and is now owned by the parent company LVMH Moët Hennessy Louis Vuitton.

Not only has Kenzo produced a line of unique and inspiring clothing inspired by bold colors and jungles, but he has also played a huge role in producing a range of fascinating accessories, homewares, and perfumes.

With one-of-a-kind designs, including their signature tiger print, it’s not hard to see why everyone’s crazy for Kenzo.

Let’s roll up our sleeves as we delve deeper into the wonderful world of Kenzo with these eight amazing facts.

The creator of Kenzo is Japanese. 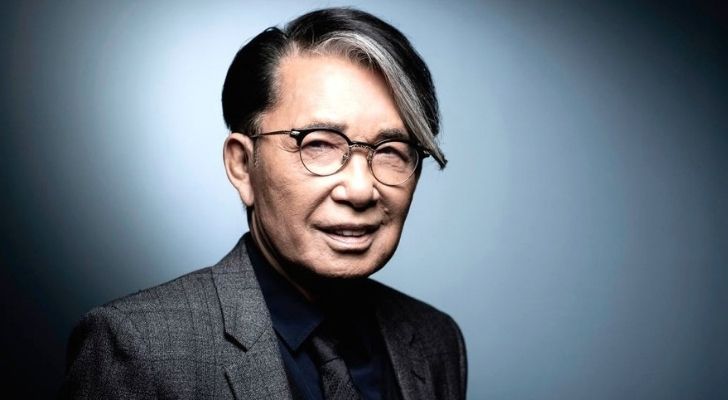 The Kenzo name comes from the creator Kenzo Takada, who was born on February 27, 1939, in Himeji, Hyōgo, Japan.

Kenzo sadly passed away on October 4, 2020, after contracting the Covid-19 virus.

As a child, he lived at home with his six siblings and parents, Kenji and Shizu Takada, and the family ran a hotel.

Kenzo Takada was one of the first male students to study fashion in Japan. 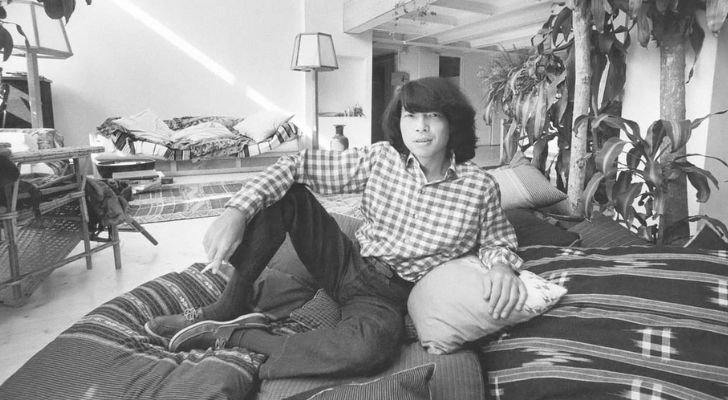 As a young child, Kenzo’s sisters used to take part in sewing classes, and he watched them with great curiosity.

This interest grew even more as he flicked through their magazines, showing off a range of fashion from that time.

Kenzo went to the Kobe City University of Foreign Studies in Kobe City, but during his first year, his father passed away.

This was a wake-up call for Kenzo, who realized he was on the wrong path to achieving his dreams.

Against his family’s wishes, he dropped out of university, and in 1958 he became one of the first male students at the Bunka Fashion College in Tokyo.

Showing his true talents while attending fashion school, he went on to win the Soen Award in 1961 as part of a competition. 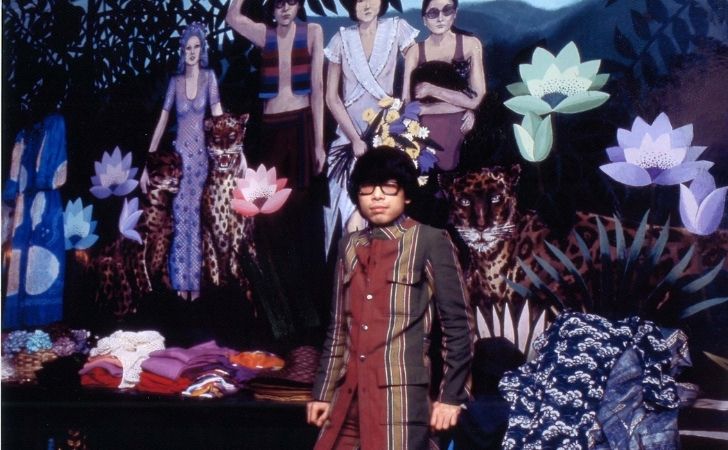 While creating and designing, Kenzo always had big dreams to live in New York City or Paris.

Yves Saint Laurent was a major role model for him, and after being taught by a teacher from France, the allure of Paris was pulling heavy on his heart.

His prayers were answered when the 1964 Summer Olympics needed the land that he lived on for the games.

The compensation he received gave him the money he needed to begin his big adventure.

At the end of 1964, Kenzo took a month-long journey passing by Hong Kong, Saigon, Mumbai, and Marseille, and finally, on January 1, 1965, he arrived in Paris!

He started with just $200 worth of fabric. 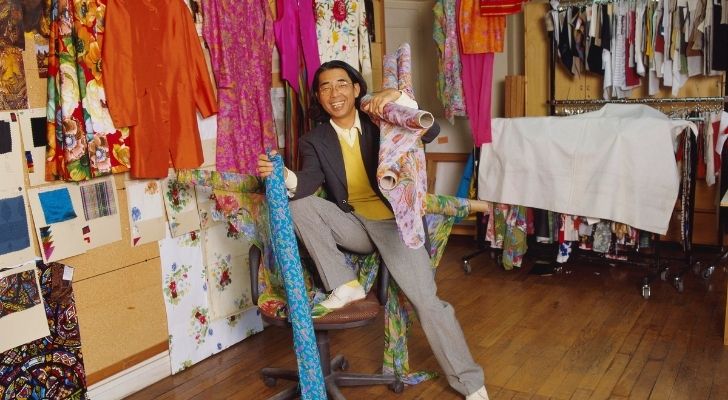 Kenzo’s impression of Paris wasn’t what he thought initially, and he wasn’t sure if he would stay there for very long.

He was working for a textile manufacturer as a stylist to tide him over financially.

He struggled to sell his own designs during this time, and just a few fashion houses were paying him very little for his sketches.

But then, in 1970, Kenzo happened to have a chance meeting at a flea market with a woman who offered to rent him some working space at Galerie Vivienne.

With little money to his name, he sourced a variety of mixed fabrics costing just $200, and he used them to create a range of eclectic and bold designs.

This paid off quickly, and as early as June 1970, he was featured on the cover of Elle Magazine! 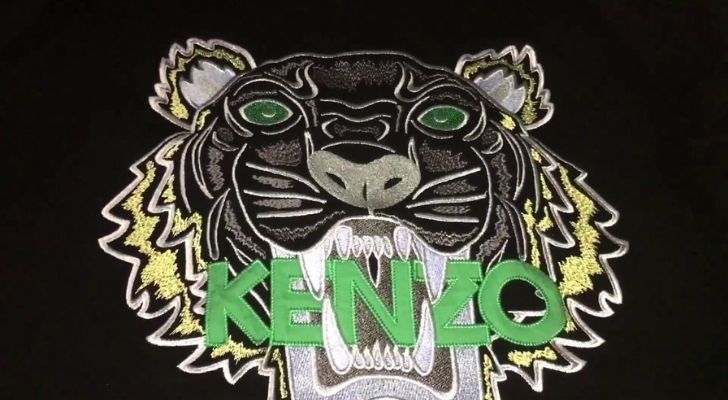 The Kenzo label has had a range of designers, and in 2012 Humberto Leon and Carol Lim presented a sweatshirt with a tiger face on it.

Kenzo’s design team was not in favor of it, but it was shown in their Fall collection that same year after some initial resistance.

Little did they know that the tiger would become the company’s most iconic signature design, one that is here to stay. 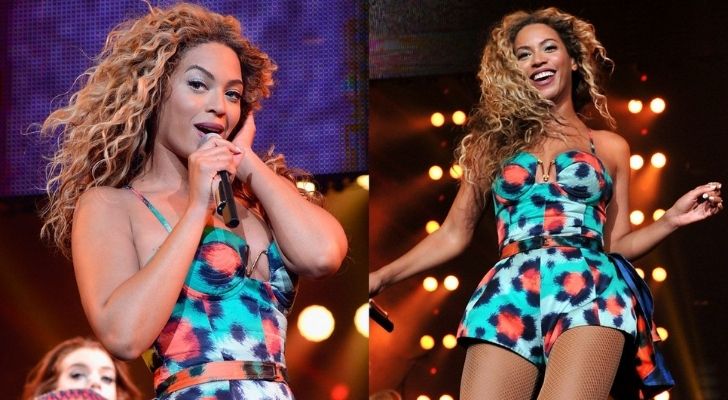 You know when clothing is popular when you see top-named celebrities adorning them!

Even Britney Spears was revealed to be the face of Kenzo’s campaign “’La Collection Memento No. 2” in March 2018.

Kenzo had a collaboration with H&M. 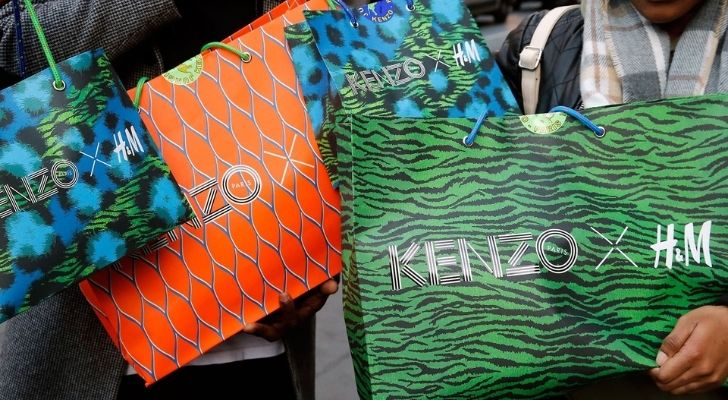 Kenzo had a collaboration with retailer H&M, which they announced in early 2016.

The Kenzo X H&M line was officially brought to stores on November 3, 2016.

The line was a range of bold and innovative clothes, including a bright green jumpsuit, baseball caps with a leaping tiger logo on them, and a Chelsea boot with a green sole, to name a few.

The hype was real, and keen eBay sellers were buying up the stock at retail price and selling them for up to seven times their RRP! 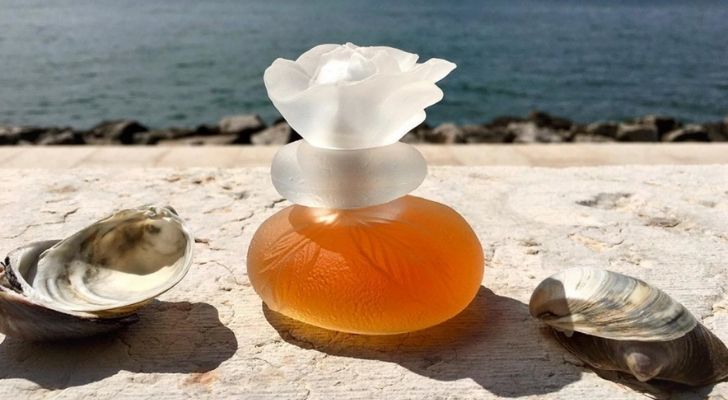 Kenzo isn’t just known for fabulous clothing as they also have a range of accessories. The company has played a part in homewares and even beauty products too.

In 1986 Kenzo wanted to create a new perfume, and he met with Serge Manseau, who made perfume bottles.

During the meeting, he told Mansau that he liked pebbles, and the two began working on sketches to create the perfect design.

An hour went by when Kenzo further announced that he also liked flowers.

Mansau found a plastic flower and stuck it on top of the pebbles with a piece of chewing gum, and so his inspiring Kenzo Eau de Toilette was created.

Having begun back in the 1970s, Kenzo is still one of today’s most popular luxury fashion labels.

As a Foreign Studies student, Kenzo dropped everything and chased his dreams to work in fashion and live big in Paris.

A choice that paid off as he lined his pockets, bagging himself a net worth of $100 million upon his passing in 2020.

May his legacy continue.