We’ve all heard those fairy tale stories about a princess who kisses a frog and it turns into a handsome prince.

Well, if that frog was the world-famous Goliath Frog, it would probably turn into a WWE pro wrestler!

That’s because the Goliath frog (Conraua Goliath) is actually huge!

It’s the largest of the frog species found on Earth and can grow up to 12.5 inches or 32 centimeters in length and weigh up to 7.2 pounds (3.3 kilograms).

The Goliath Frog can be found in the areas of Cameroon and Guinea, near waterfalls and rivers.

They sit and wait for prey on the nearby rocks and logs.

Their diet consists of primarily bugs, small crustaceans, other amphibians, and even fish. However, whatever it can get hold of that’s smaller than itself, may wind up in its belly.

The female of the species is smaller than the male, which is unusual regarding frogs.

When it’s time to breed, the males will actually make a nest of rocks before doing battle with other males to capture a female’s attention. Once the male has the female and they breed, the male goes off on his merry way, leaving the female to fend for the eggs and young.

The tadpoles are independent and dine on only plants found in the area of the rivers and waterfalls.

Due to deforestation, the animals are endangered, as their populations are decreasing.

Their backs or dorsal sides are covered with green and the underside is yellow-orange.

Goliath frogs are very fast swimmers and use their long tongues to capture prey.

Their skin can come in a variety of arrangements, allowing them to blend in with the environment as effective predators – as well as escape from predators.

An unusual feature is that the Goliath frog doesn’t have a nuptial pad which is found on the forearms of the males that help with holding a female during reproduction.

With its huge bulk, the Goliath frog can still leap a distance of 10 feet!

Goliath frogs don’t croak or make sounds – as they have no vocal cords.

An unusual delicacy of the Goliath frog is bats. They catch and eat them.

It takes about 3 months for the tadpoles to develop into Goliath frogs and they reach maturity at 10 to 12 months.

They don’t breed well in captivity and are difficult to keep alive, however, they can live to be 15 years old in the wild and over 20 years old when they do survive in captivity.

Their size makes them a sought-after tasty treat by crocodiles, large lizards, and snakes.

Basically, the Goliath Frog is a real unique creature.

Being the world’s largest of the species makes them a prime target for pet collectors.

People around the world pay good money for one of these frogs, however, the difficulty in taking care of them means the majority of owners soon get disappointed when the frog doesn’t survive.

It’s due to the fact that it is far too difficult to duplicate the Goliath Frog’s natural environment.

Temperature, substrate, diet, it turns into a kind of care only top specialists can achieve.

On the other hand, due to their dwindling numbers in the wild, collectors can lend a helping hand if they do achieve a better survival rate in captivity, especially when it comes to breeding.

These creatures rarely, if ever breed in captivity, and if the species is to survive, someone is going to have to come up with a better series of solutions, and fast! 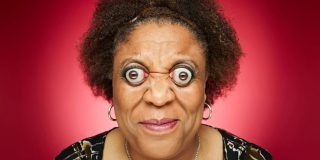 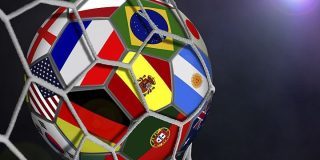