Cuba is a small island in the Caribbean and for decades it has been closed off to the world.

Only in recent years since the early 2000’s it has become less isolated and a top tourist destination.

Cuba is home to some of the most unique creatures and is recognized as one of the most colorful places in the world.

Here are 10 crazy facts about Cuba that you probably didn’t know!

Cuba is the largest island in the Caribbean.

You might think that Cuba is a small island, but Cuba is actually the largest island in the Caribbean.

The island spans 42,803 square miles (110,860 square kilometers), which makes it around the same size as Tennessee.

Cuba is the world’s 17th largest island by land area.

Cuba is a historical time capsule for American classic cars.

This retro heaven is full of vintage cars that look as though they belong in a museum.

After this time, imports from the US stopped because of the Cuban revolution which happened between 1953 & 1959.

After the revolution, the US embargo act was created.

Fidel Catro, the Prime Minister at the time banned all car imports from the USA as retaliation to the US embargo.

This meant that no new mechanical parts could be imported, so everyone had to make do with what was already there.

In the 1960s, Cuba started to import cars and parts from Russia, so it is quite common to find old American cars in Cuba, with replacement parts of Russian cars.

Cuban cigars were made world-famous by the Spanish. 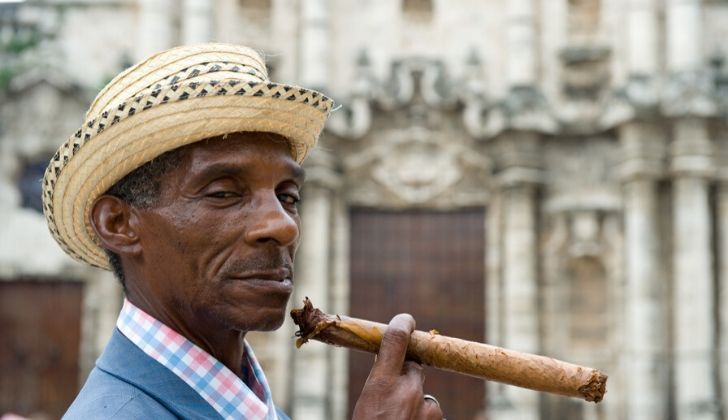 When you think of cigars, most people would associate them with Cuba, but they have been made for many years by other civilizations too.

The production of cigars or tobacco can be dated back hundreds of years across all Native American civilizations.

Evidence can be found through research of tribes in North America, Nicaragua, Guatemala but most famously Cuba.

Although the Spanish were already importing tobacco from the Americas to Europe, they fell in love with the Cuban cigar because of the way it was produced.

There are 100 steps to making a Cuban cigar, and this precision-made them the best in the world and as a result, the Cuban cigar became a fashion in the old world.

The Spanish opened the first factory back in Spain in 1676, producing “Cuban cigars”.

Cuba has the second largest reef in the Caribbean.

Cuba’s coastline is home to around 1166 square miles (3020 square kilometers) of a natural reef, making it the second-largest in the Caribbean, behind The Bahamas.

Cuba has some unique wildlife in its reefs that are native to that part of the world, like the Cuban Reef Fish.

There are around 900 different species of aquatic creatures; this includes a wide variety of fish such as the yellowtail snapper, lionfish, jellyfish, sharks, and dolphins.

It got its name because, when the meat in the dish is shredded alongside colorful vegetables, it resembles a pile of old dirty clothes.

The dish consists of shredded meat, which is usually beef, and is served with a selection of seasonal vegetables.

Originally it would have been a way to use up leftovers in a stew.

The style of dish originates from Central and Southern Spain and is popular within Hispanic culture, but Cuba loves it so much that it has become a recognized national dish.

The name “Cuba” was given to the land when the Spanish colonized it in the 15th Century.

Although it is unknown exactly what the word Cuba means in Spanish, it is believed to have come from two words.

The first word it is linked to is “cubao”, which translates to mean “fertile land” in English.

The second word that it is associated with is “Coabana”, which means “great place”.

Cuba is home to the world’s smallest bird.

The Bee hummingbird is the smallest bird in the world and can only be found in Cuba.

On average they can grow to around 2.24 inches (57 millimeters) and females are larger than males.

They weigh just 0.056 ounces (1.6 grams) making them the smallest warm-blooded animal on the planet.

The bee hummingbird flaps its wings around 80 times per second, meaning it can move swiftly and fly upside down.

There are over 5 different types of landscapes in Cuba.

When you think of Cuba you imagine a typical Caribbean island, made up of white sand beaches, but there is more to Cuba than just beaches.

Cuba has a diverse landscape, as well as sandy beaches it has rolling hills and mountains which cover a third of the country.

It has mostly lowlands and grassland used for farming which cover the other two-thirds of the country.

Because of this diverse range of habitats Cuba is home to around 3,000 species of plants that can’t be found anywhere else in the world.

The highest point in Cuba can be found in a national park.

You may not think that Cuba has particularly high mountains, but it has a surprising amount.

Cuba has a vast chain of mountains stretching from the west to the east of the country which is split into two ranges.

The Sierra del Rosario mountain range is located in the east of the island and the Sierra de Los Organos to the west.

Pico Turquino, located in the South-Eastern part of the Sierra del Rosario, is the highest point in Cuba, sitting at 6,476 feet (1,974 meters). 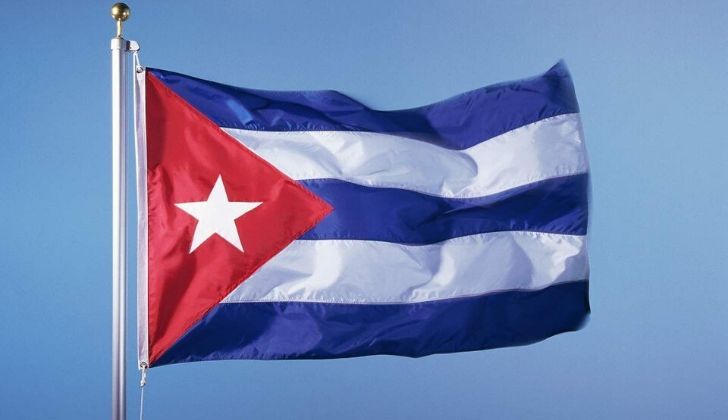 Cuba’s flag is made up of three blue horizontal stripes, a red triangle on the left, and a white star.

The flag was designed in 1849 by Miguel Teurbe Tolón and Narciso López, although it wasn’t until May 20, 1902, that the flag was adopted by Cuba.

The three blue stripes refer to the three divisions the island once had.

The two white stripes between the blue refer to the strength for their own independence.

Although Cuba is a small island, it holds some of the world’s most unique cultures and creatures.

By being closed off to the world for many years it has preserved some of the planet’s most diverse flora and fauna and history.

The Bee Hummingbird is the smallest bird in the world and it can only be found in Cuba.