Written By:
Luke Ward
Last Updated:April 8, 2022
Reading Time:
6 Minutes
Filed Under:
Business & Economy
Every year since 1947, Norway has gifted the UK with a Christmas tree as a symbol of friendship and for their support during WWII.

Diplomacy through gift-giving has a rich and storied history in the world. It’s been in practice for thousands of years, with one of the oldest stories of all time centering around a deceitful gift: The Trojan Horse.

Not all diplomatic gifts are harboring an elite force of soldiers trying to overthrow your city, though.

Here we will explore the biggest, oddest and most expensive gifts that countries have exchanged.

Some of these are heartwarming, some of them symbolic and some are just outright strange.

We’re looking at you, Pompidou.

The Statue of Liberty 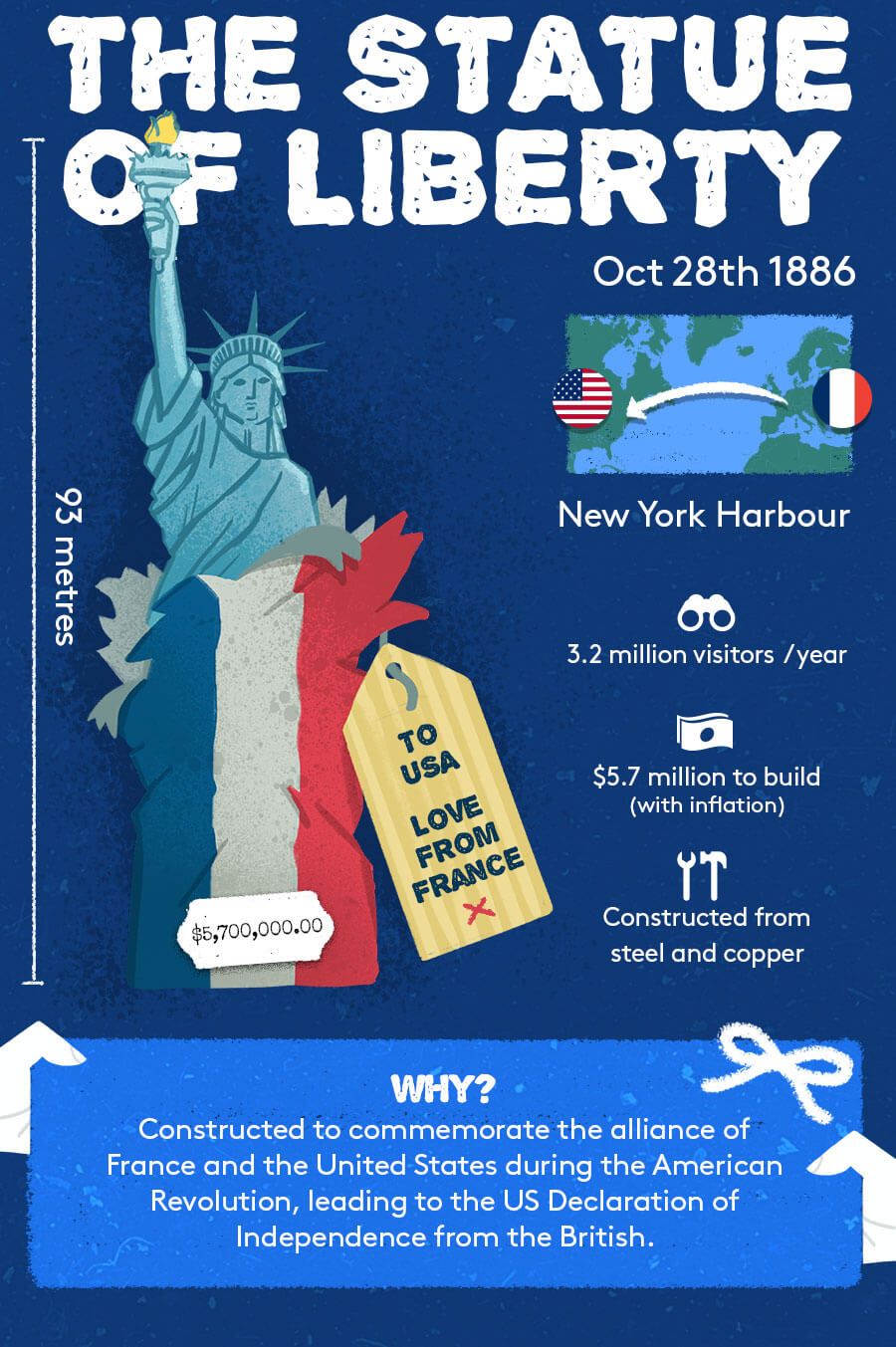 It’s a well-known fact that the Statue of Liberty was a gift from the French to the Americans. Gifted in 1886, it stands at 93 meters tall.

In today’s currency, it cost well over 5 million dollars to build.

The story behind the gift? America inspired France to revolt against their monarchy when they won their independence from Britain.

The American Revolution completely changed the shape of the Western world and over a hundred years later, France commemorated the monumental uprising that led to their freedom, with a statue of the Roman goddess of freedom, Libertas. 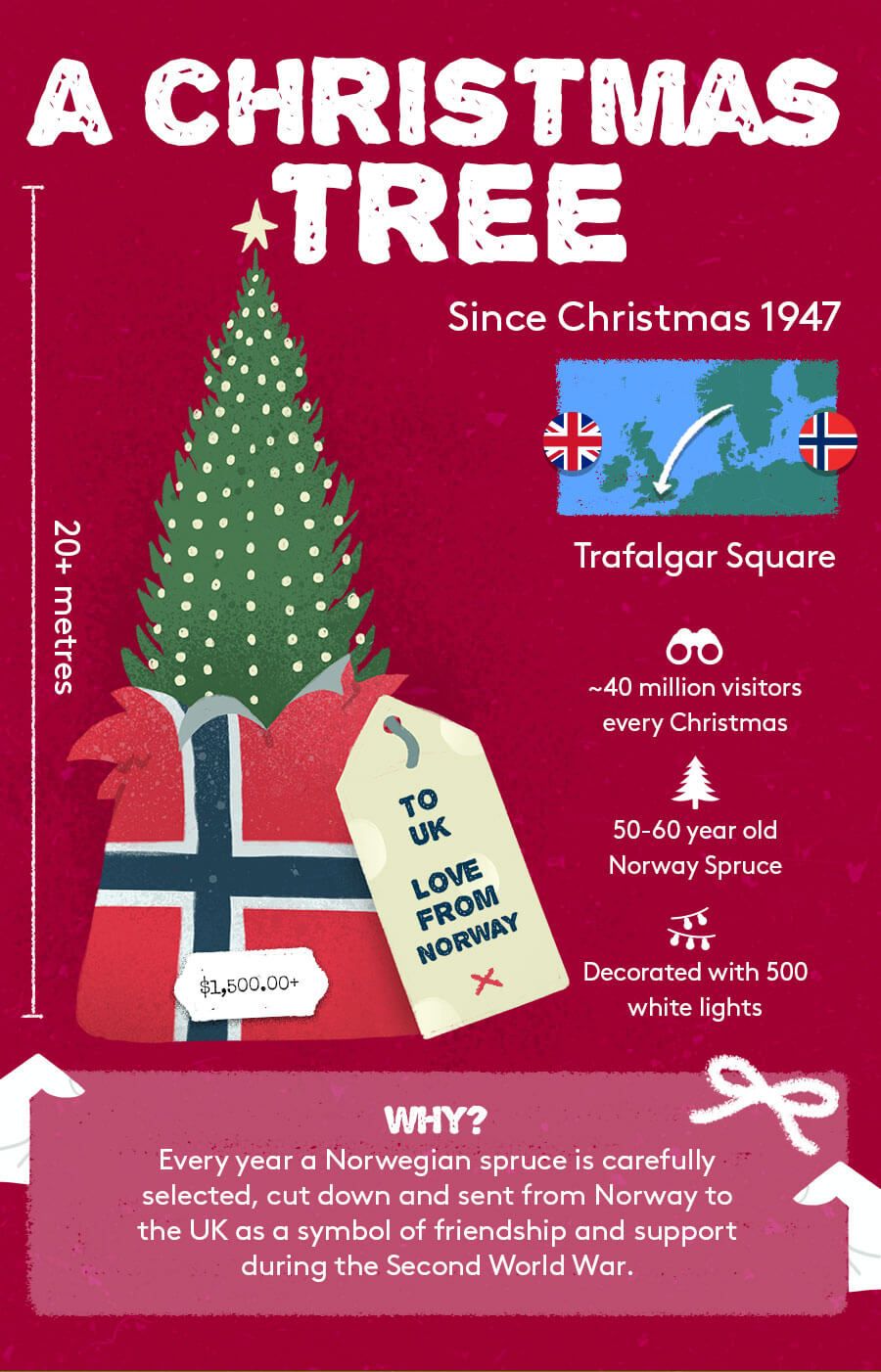 Since 1947, Norway have sent a 20+ meter spruce tree to the UK every year, where it stands in Trafalgar Square for the Christmas season.

This is an annual tradition that commemorates the assistance Britain gave to Norway in resisting Nazi occupation.

Norway fell in one day to the Nazis, and their exiled government took refuge in London, where they were able to coordinate resistance strategies and attempts. 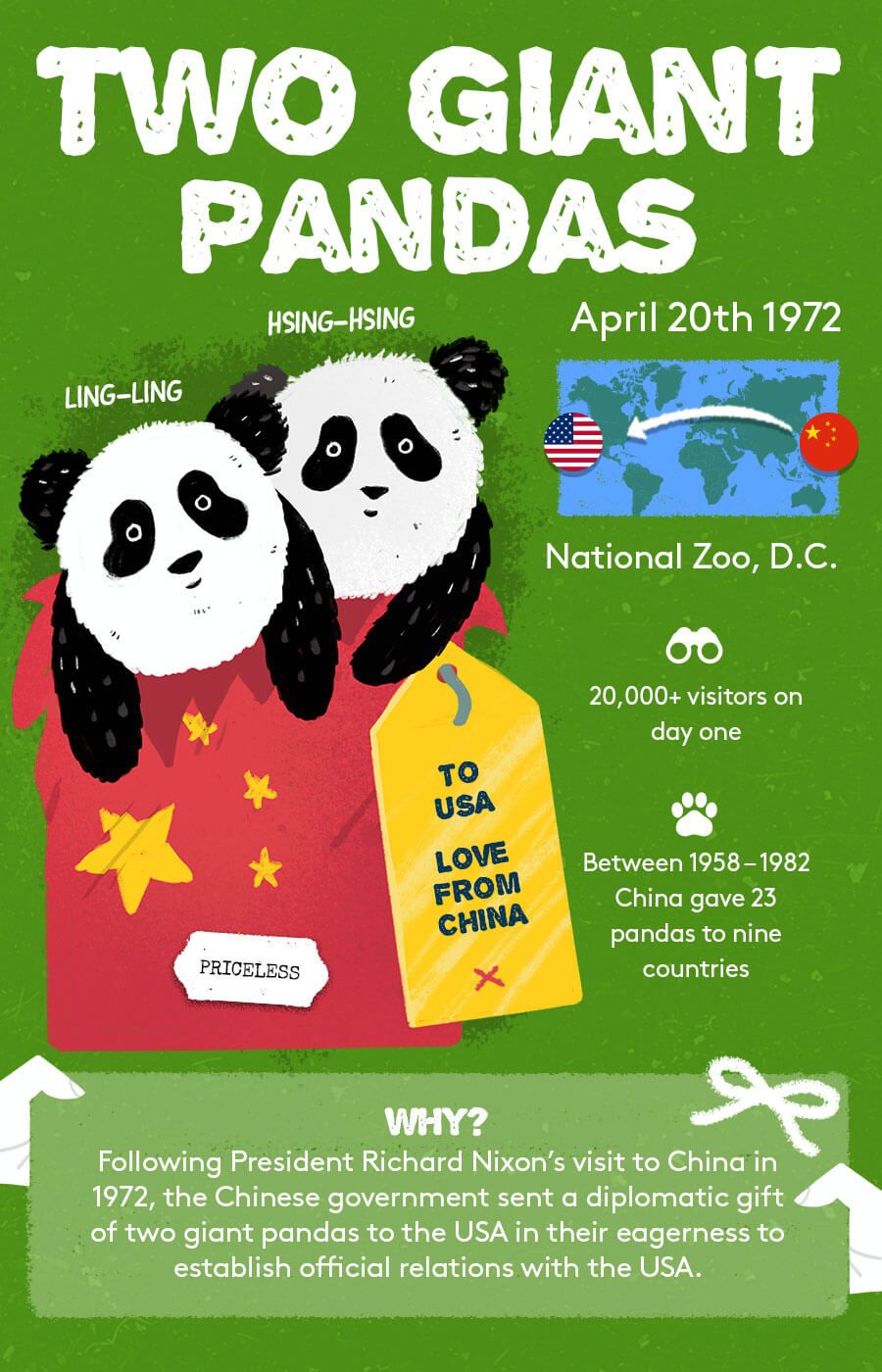 The visit was highly symbolic, it represented the end of 25 years of no communication or diplomacy between the two nations.

We hope America and China can reminisce on their friendly days as the two nations are going through a bit of a rough patch in their diplomacy these days. 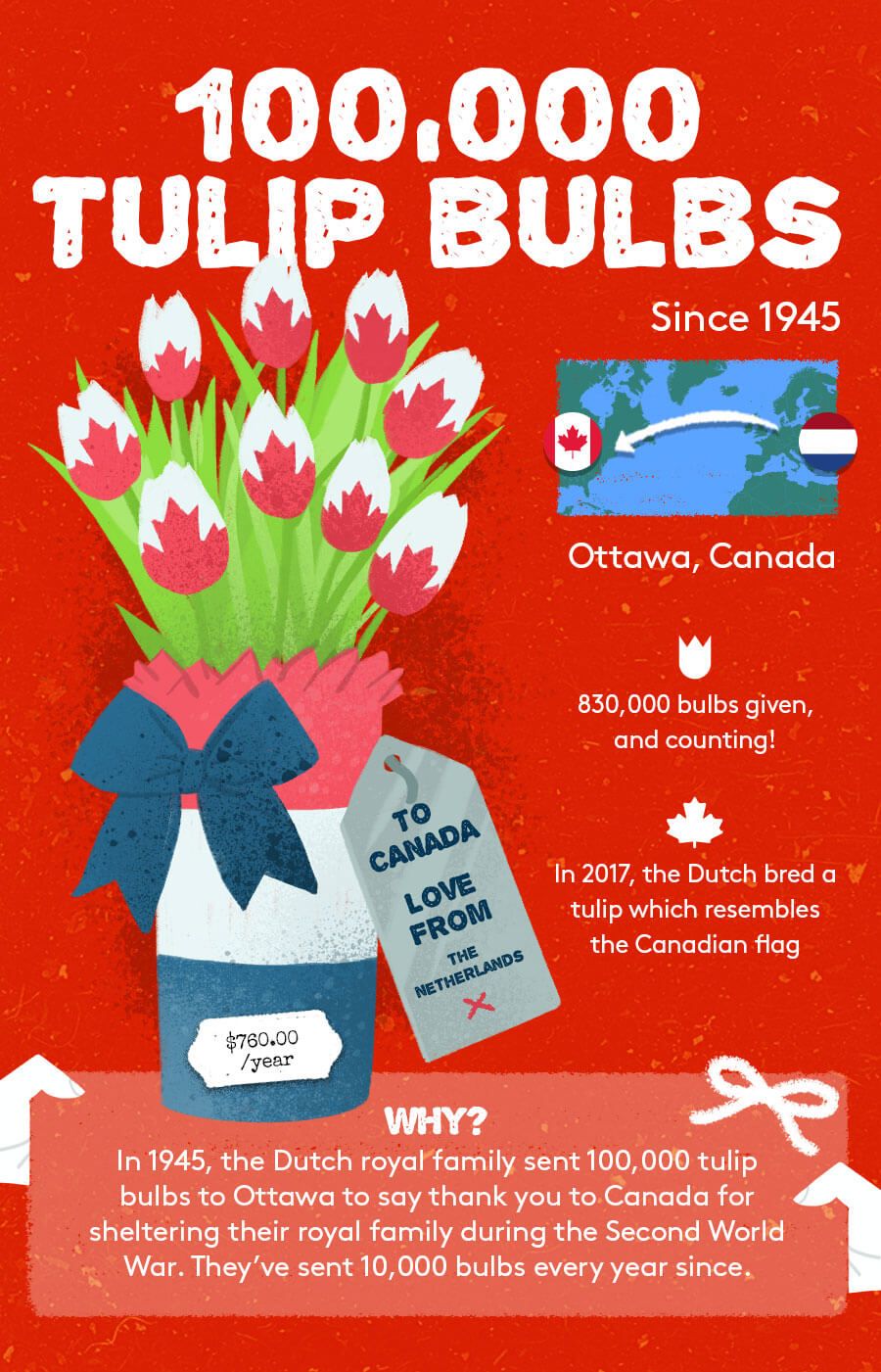 Another annual tradition that commemorates wartime deeds, this time between Holland and Canada.

The Netherlands had declared their neutrality in both world wars.

As they are located in between Britain, France and Germany, they had no choice but to remain neutral as to declare for one side would leave them open to attack from the other and they were in striking distance of every major power involved.

The Nazis invaded Holland in 1940 anyway, without any formal declaration of war.

The Dutch royal family were taken in by Canada and sheltered there during the war.

They now send 100,000 tulips to Canada every year and have even specially developed a tulip that resembles the Canadian flag.

The Sword of Stalingrad 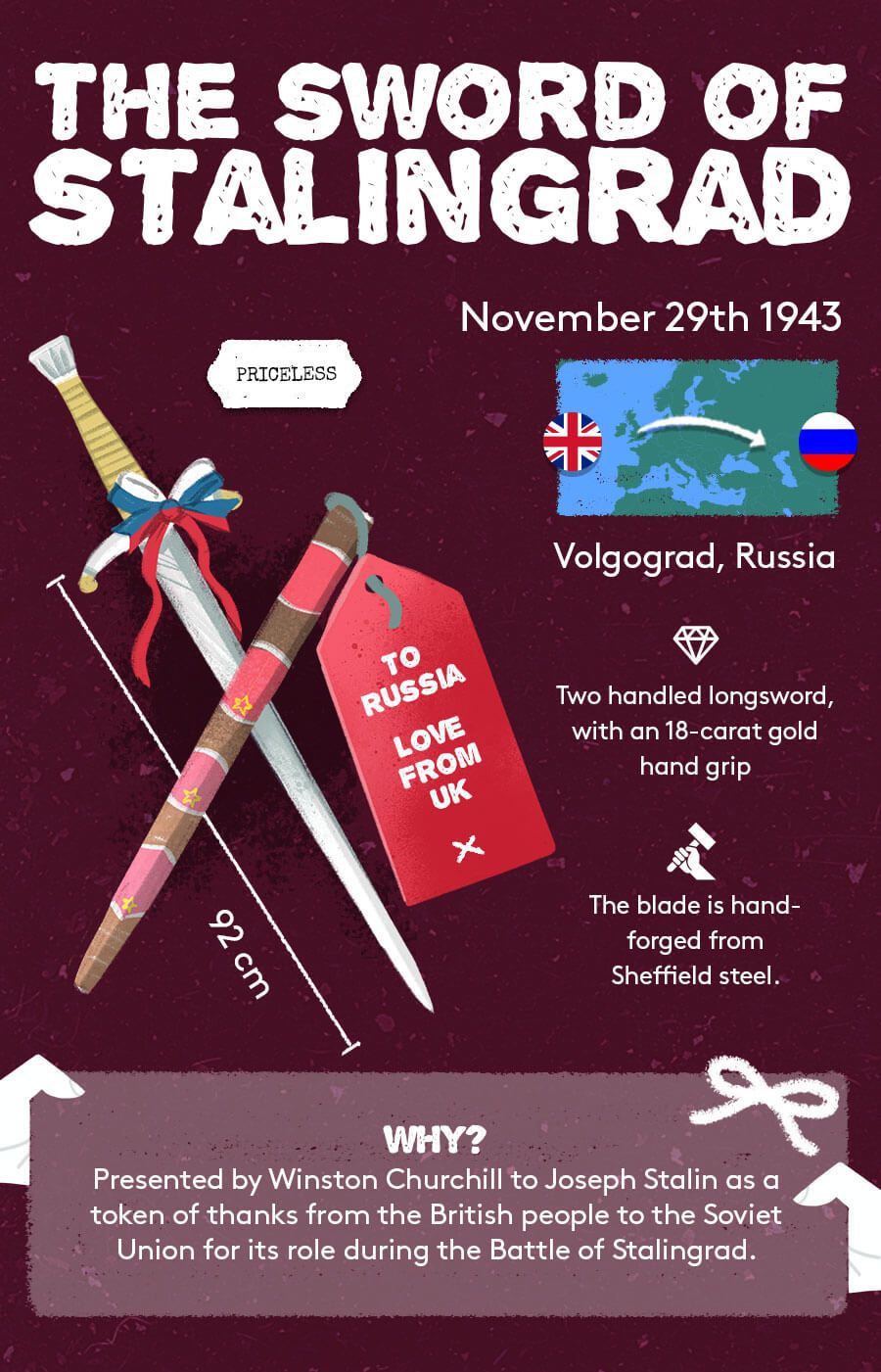 King George VI of the United Kingdom commissioned a sword to be created for Joseph Stalin.

As the leader of Russia, Stalin oversaw the Battle of Stalingrad.

A five-month epic that arguably changed the course of the entire war.

It was fought in 1943 and resulted in the largest defeat the Axis powers suffered, losing over a million men.

The Red Army lost hundreds of thousands more men, but emerged victorious as their sheer willpower, size and unrelenting spirit saw them through.

The only people equipped to deal with a Russian winter are the Russians themselves as history has shown us time and again. 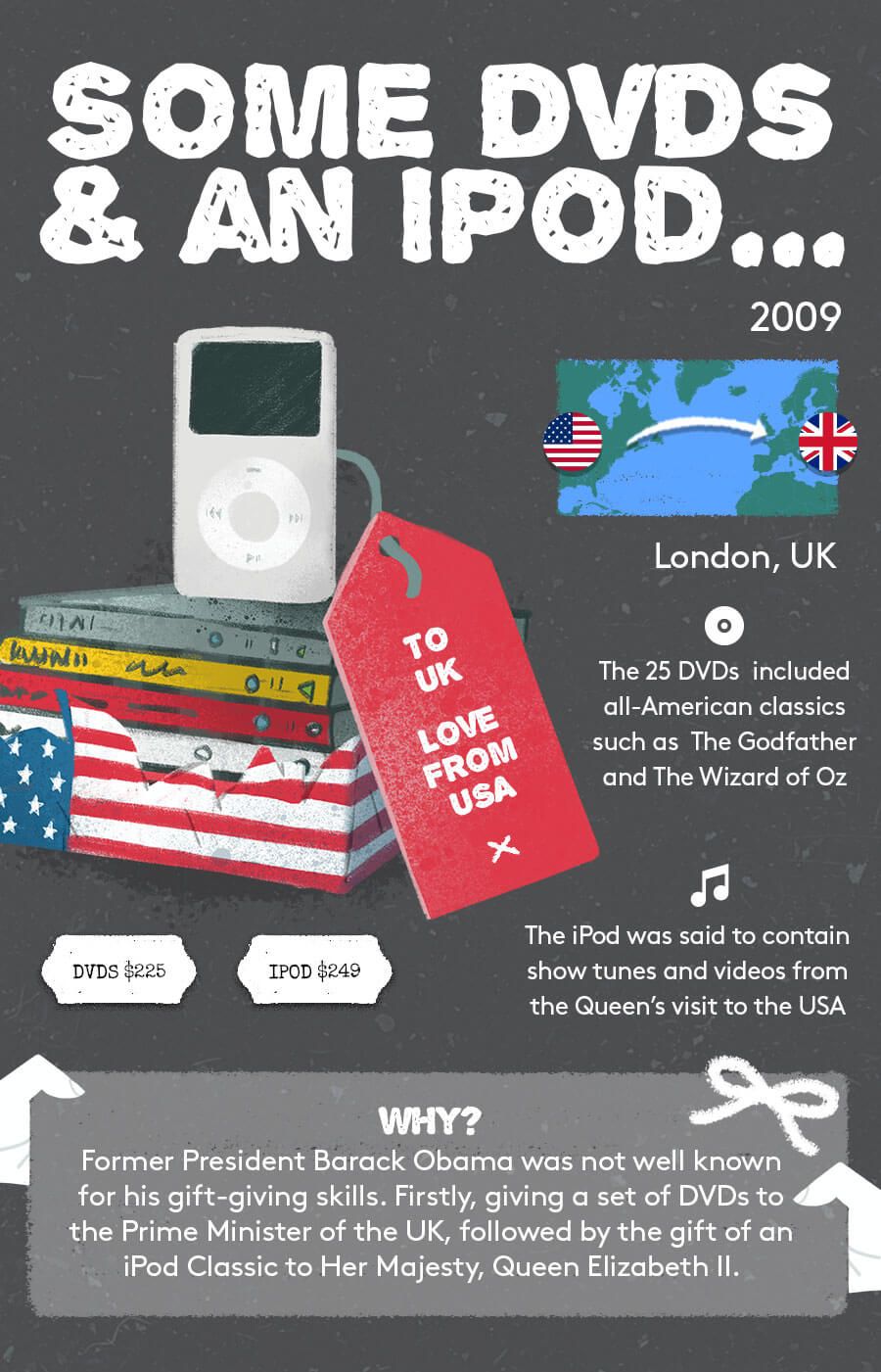 A newly sworn-in Barack Obama came to the UK in 2009 and had some interesting gifts for the Prime Minister and the Queen.

Obama gifted David Cameron 25 DVDs and gave the Queen, an octogenarian at the time, an iPod Classic.

For all Obama’s good traits, professionalism and charisma, his gifts left something to be desired.

Having said that, David Cameron bought him some wellies and Hobgoblin ale in return, so this naturally begs the question: how special is the special relationship? 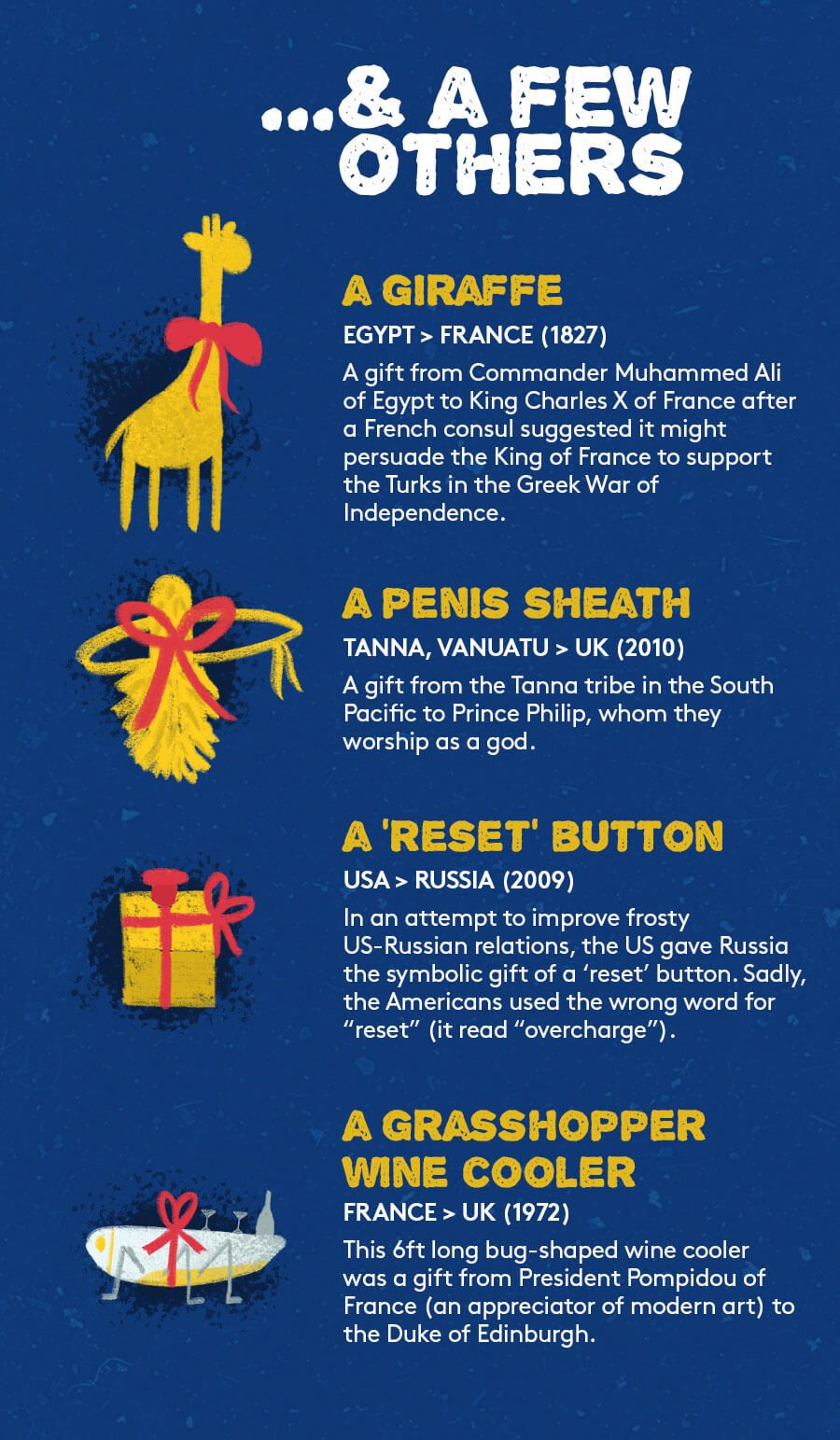 Some other notable diplomatic gifts from history include France’s first ever giraffe.

A present from Egypt, and intended to curry favor with the French for their support in a war, France received their first ever giraffe and the French people went absolutely crazy for it.

The Prince Philip Movement, a sect of a tribe in Vanuatu who worship him as a deity gifted Philip a penis sheath in 2010.

The more left unsaid about this, the better.

There was also another gift-giving gaffe from Obama’s America, as they tried to give Russia a symbolic gift of a big, red button with the Russian word for “reset” on it.

Because a big, red button is the ideal gift for two countries that had literally threatened to nuke each other for about 50 years straight.

The button unfortunately had the Russian word for ‘overcharge’ instead and US-Russia relations are arguably just as bad today as they were in the Cold War. Thanks, Obama.

And finally, we return to Prince Philip who received perhaps the strangest diplomatic gift ever from Georges Pompidou, French president at the time.

A six foot long wine cooler in the shape of a grasshopper. Because, why not?

Previous Article 10 Facts & Traditions About Christmas in Norway Next Article Have A Break... Have 9 Facts About Kit Kat 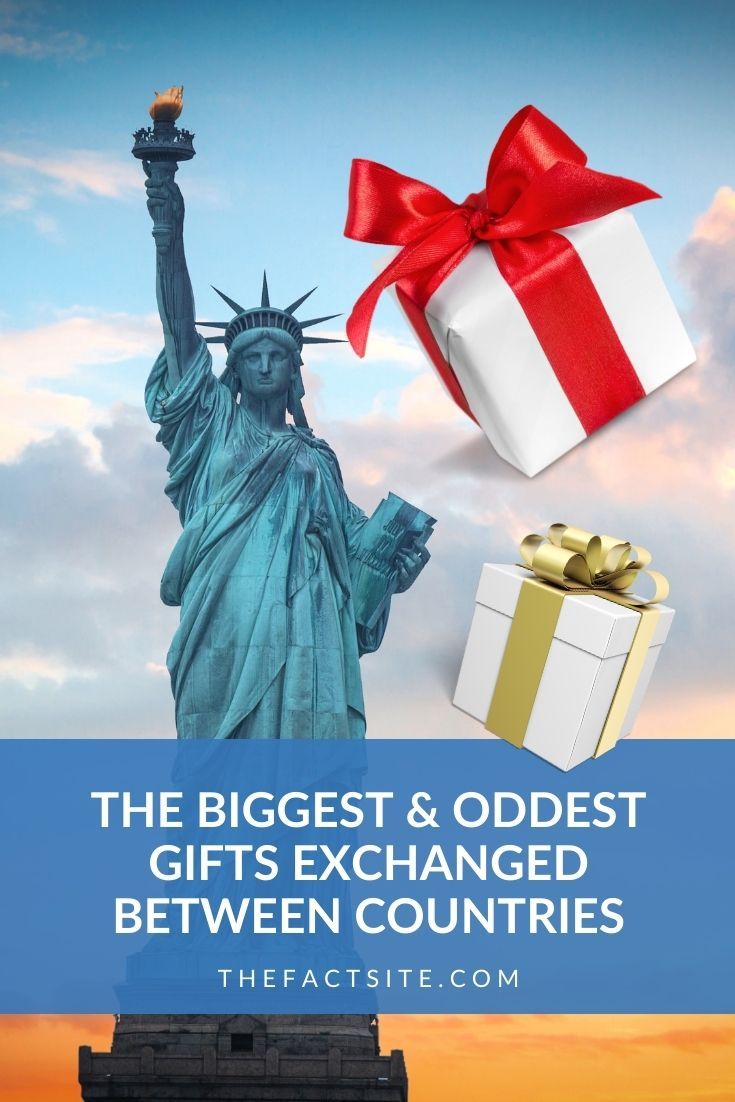 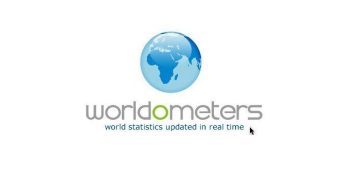 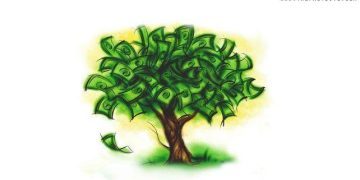 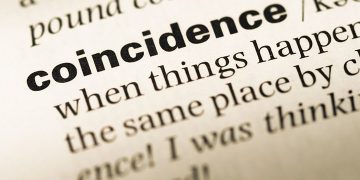 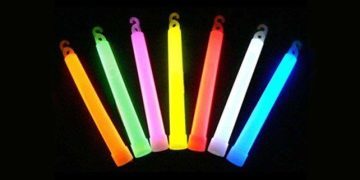 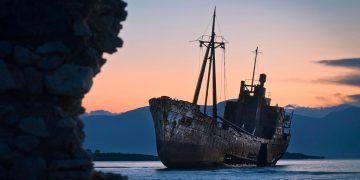 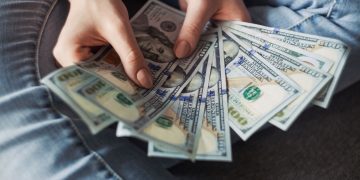