Cowboy boots were necessary footwear for cowboys back in the day, although nowadays they become a fashionable item.

But when did they first appear? And why did they become so popular? Learn the facts & history of cowboy boots!

So, let’s start at the beginning… The earliest mentioning of the “leather boot” can be traced back to the 11th century and the Genghis Khan’s invasion of Europe with his Mongol hordes.

Over the next few centuries, a similar style of footwear was seen around Europe, but it wasn’t until the 17th and 18th century that English riding boots brought leather, high tops and stacked heels back into popularity. 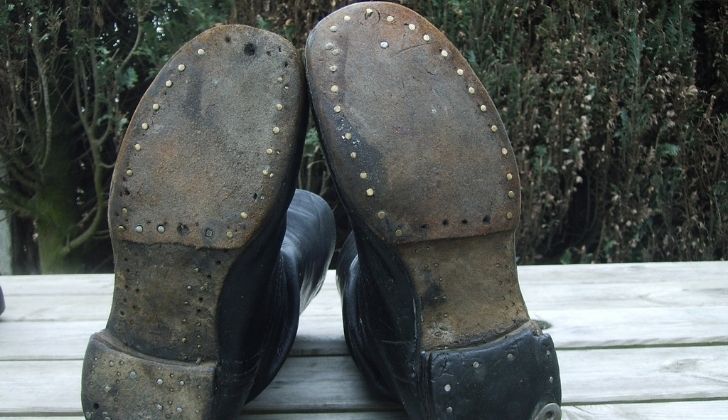 Hessian boots were a German-made style of boots that became popular in the 18th Century. Initially used as standard issue footwear for the military, especially officers.

Whether you see these as military boots or early cowboy boots is just a matter of opinion. 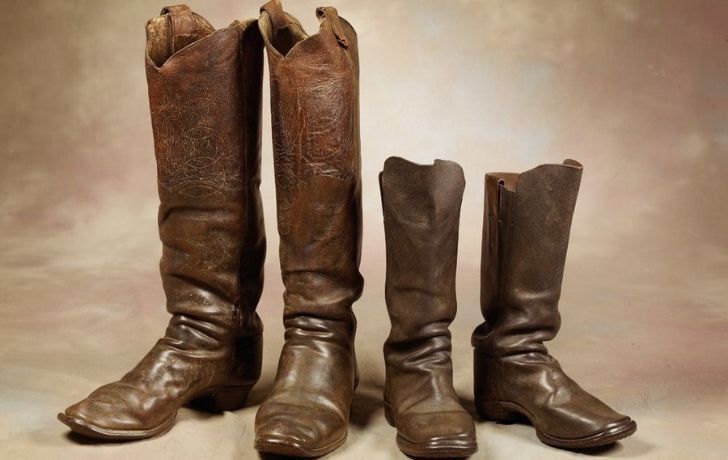 In 1815, Arthur Wellesley, the first Duke of Wellington, defeated Napoleon at Waterloo.

“Why are you telling me this” – you ask… well it’s because after Napoleons defeat, public attention was bought to Arthur’s boots, which were not the popular Hessian boots, but a custom made style, which fit more closely around the leg and stopped mid-calf.

This meant the boots would be tough enough to wear for battle, whilst being comfortable for other occasions. The styles of boots were named Wellingtons, in his honour and are still known as that to this day.

During the American Civil War, a sturdier version of Wellingtons were worn by soldiers. Once the war ended in 1865, the soldiers took their boots home, where their boots became necessary for every cowboy and farmers daily attire. 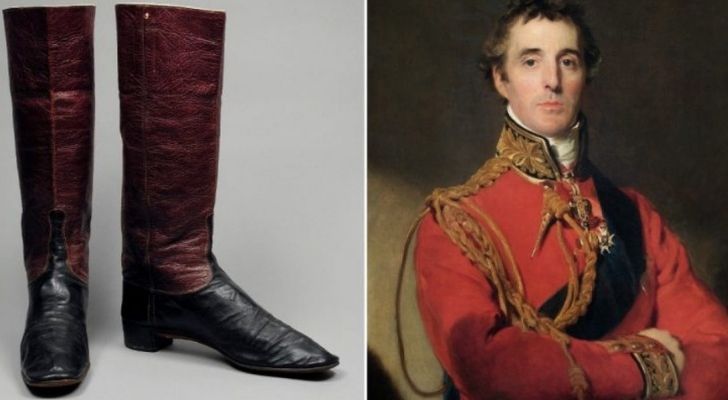 Many variations of the Wellington boot were manufactured for cowboys, the original design was perfect for the horse riding lifestyle.

The high tops of the boots prevent the boot from filling with water & mud, while the rounded toe made it easy to insert the foot into a stirrup and the slick sole that allowed the boot to slip free when dismounting. Finally, the shaft protected the ankle from rubbing on the stirrup leathers, as well as scrapes from thorns.

It was during this time that the cowboy boots also became slightly more fashionable with different patterns, decorative stitching and made from various materials.

However, the modern-day cowboy boots started once the cowboy era faded, and Hollywood took over and made them popular around the world.

In the 1940’s the style of the extremely pointed toe was manufactured, which – to cowboys – would have been useless, the only real difference – other than the way it looks, is they can be uncomfortable as a working boot.

This is where square toe cowboy boots for men come in, as they are much more comfortable for long days on your feet.

Leather boots in the modern world.

Since then, nearly every style of cowboy boot you could ever imagine has been created and still remains popular, even with celebrities such as Jessica Simpson, who blessed us all with her version of “These Boots Are Made for Walkin”.

Popular brands today include Sancho, Mayura, and in England, Grinders – to name a few.

Finally, I didn’t really know where I could mention this in the article, but I wanted to give a shout out to the most famous computer-generated cowboy in the world… Woody!