Written By:
Zoe Adams
Last Updated:April 6, 2021
Reading Time:
4 Minutes
Filed Under:
Film & TV
Did you know that Paddington Bear has two birthdays throughout the year?

Paddington Bear was voted the top animated character of television on March 16, 2012, and has truly become a national treasure!

If you’re a fan of this lovable bear, check out these interesting facts you probably didn’t know!

The man behind the bear.

The man behind the lovable bear is Michael Bond, who first created the adventures of the mischievous bear on October 13, 1958.

Michael Bond, who was working as a cameraman for the BBC, found the inspiration for Paddington Bear in 1956, on Christmas Eve.

Spotting a forlorn-looking bear on a shelf, he felt deep sympathy for it and brought him home as a gift for his wife, Brenda.

He was immediately named Paddington, for they lived near Paddington Station.

A book was born… and then another!

The book has sold over thirty-five million copies worldwide and has been translated into over forty languages.

There have been twelve Paddington books to date.

When Paddington made his debut he was illustrated by Peggy Fortnum. Since then, there have been eight artists working on him at all different times.

In 1975, Paddington made his television debut. He starred in five-minute programs, which used stop-motion style animation.

He also had three successful thirty-minute films, in which he replicated Gene Kelly’s famous Singing in the Rain routine.

The tale of Paddington in Peru.

Paddington Bear came from Darkest Peru, where he was brought up by his Aunt Lucy after an earthquake orphaned him when he was just a few weeks old.

When Aunt Lucy went to live in the Home for Retired Bears, she decided to teach her nephew how to speak English. She sent him to live in England, by stowing him away on a cargo ship’s lifeboat.

Paddington Bear arrived at Paddington Station, where he got his namesake. It was here he met Mr. and Mrs. Brown, while he was sat near the lost property office.

All Paddington had, was a suitcase, hat, and a little note tied around his neck. The note was from Aunt Lucy, who had written: “Please look after this bear. Thank you.”

Mr. and Mrs. Brown brought home the lost bear, where they lived at 32 Windsor Gardens. The semi-detached house is in the Notting Hill area, near Paddington Station and Portobello Road.

Paddington soon became part of a new family. Jonathon and Judy (the Browns children) loved having him around, and Mrs. Bird (the housekeeper) has a seemingly six-sense when it comes to Paddington’s latest adventures.

He is also close friends with Mr Gruber, a Hungarian immigrant, who owns an antique shop on Portobello Road. They usually have a nice chat over mugs of hot cocoa, and sticky buns (their mid-morning snacks).

The Browns’ neighbor, Mr. Curry, however, isn’t exactly a friend of the brown bear. A humorless man, Mr. Curry often tries to trick Paddington into giving him money. Paddington always comes out on top.

It was later revealed as the series continued that Paddington’s name in Peru, was actually Pastuso.

Paddington celebrates his birthdays on 25th June and 25th December.

Paddington is never seen without his hat, duffel coat (which has become a recognized icon), wellington boots, and his battered suitcase.

The infamous bush hat was inherited from an uncle in Peru. He is barely seen without it.

Paddington’s favorite food is marmalade. In his suitcase, he carries a jar of the sticky stuff and his very important paperwork.

He is never without his emergency marmalade sandwich, which he carries underneath his hat.

He also carries a scrapbook of memories, filled with photographs, ticket stubs, and postcards from his dear Aunt Lucy.

Paddington is quite the philanthropist!

Paddington and Michael Bond are also huge supporters of the Action Medical Research charity, which supports a wide range of medical conditions, from sick babies, children with disabilities and those suffering from a rare disease.

Paddington began his medical support in 1976, and he has soon become the mascot from the charity, up and down the United Kingdom.

Paddington Station now has a memorial bronze statue of this famous bear. It still attracts many visitors to this day.

Paddington has accumulated a number of celebrity fans, including UK favorite, Stephen Fry. Fry has taken part in many nature documentaries, including Spectacled Bears: Shadow of the Forest in which he traveled to Peru in search of the real Paddington Bear. 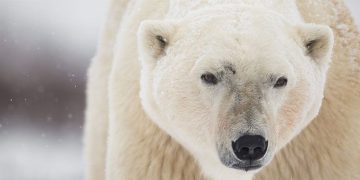 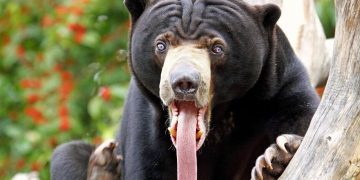 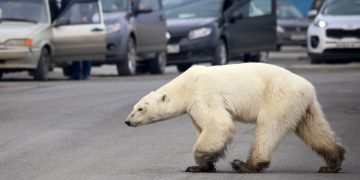