Becca Marsh
4 Minutes Read
Published: May 14, 2021
In 2019 the settlement of Belushya Guba in Northern Russia was invaded by 52 polar bears. 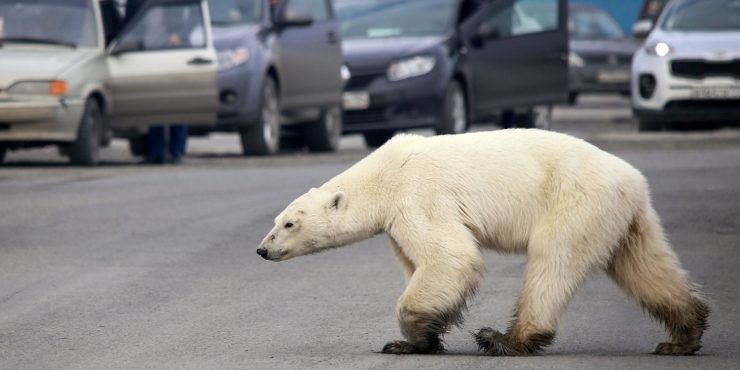 In 2019 a small town in the North of Russia was invaded. But not by humans, but by polar bears!

Russia has over 50 polar bears across its northern region, where it meets the Arctic.

So, why were so many entering villages at once?

Let’s have a look at why these ice dwellers made an invasion of Russia.

Russia has over 50 known polar bears living in and around the North, where the country meets the Arctic.

It is not common for polar bears to come onto land as they are ice-based creatures.

They live on the frozen waters, as this is where the majority of their food sources are.

During the cold winter months, they need to stock up on fatty foods that are high in protein in order to survive the harsh environments.

But in 2019, dozens of the fierce bears came onto land, disrupting a village and looking for alternate food sources.

The archipelago of Novaya Zemlya was invaded.

The chain of islands called Novaya Zemlya were the victims of this mass invasion.

On February 16, 2019, a state of emergency was called by Arkhangelsk Oblast authorities as dozens of polar bears were seen entering inhabited areas, including homes and civic buildings.

With only a total population of 3,000 people, the islands were under attack from polar bears who were searching for food sources.

Local inhabitants became scared to leave their homes in fear of sending their children to school or kindergarten in case a polar bear ate them.

A local report said that at least 52 polar bears invaded the main settlement of Belushya Guba.

Alexander Minayev, a local administrator, reported that between 6-10 bears had entered buildings in the area.

Head of the local administration, Zhigansha Musin, said that there had not been this many polar bear sightings or quite an invasion since 1983.

Specialists were deployed to help the situation.

The situation was getting out of hand, and people were being chased down the streets by the unruly bears.

In fear of their lives, a specialist team was called in to save the villagers after an unsuccessful attempt to scare the polar bears off with patrols of vehicles and dogs.

Russian law states that it is illegal to hunt and shoot polar bears, so specialists from the Russian environmental authority were deployed to remove the polar bears in a non-harmful way.

The law against hunting has been in place since 1956 as polar bear numbers were declining at a rapid pace.

In the mass polar bear invasion of Russia, footage from locals showed polar bears searching through the local dump and garbage piles for food sources.

Due to climate change, ice caps are melting at a decline of 13% every decade, which means the polar bear’s habitat is being destroyed, and their food sources are becoming scarce.

As a result, polar bears have to relocate and adapt their diet to their surroundings.

Although polar bears won’t actively seek out humans to eat, they are drawn to built-up areas as they have garbage dumps which are initial food sources for bears to find.

Realistically these garbage piles are not sustainable for polar bears to be able to get enough proteins, so it results in them attacking humans because they are hungry.

Russia is invaded a second time in the same year.

Later on, in December 2019, another polar bear invasion happened in Russia.

This time located in the North East, where Russia joins Alaska by ice where the sea freezes over in the winter.

In this case, over 60 polar bears were loitering in Ryrkaypiy, in the Chukotka region.

All activity was halted, and locals were encouraged to stay inside for their own safety.

These astonishing events, which were scary encounters for the locals of the Novaya Zemlya islands and the Chukotka region, will not be forgotten.

Although we can’t stop nature or change how the wild behaves, we all have an impact on our surroundings, and we can shape the future of our planet.

Why not look into your carbon footprint and see what you can do to help slow down global warming, as you might be saving the polar bears!

Previous Article What Is The Immune System? Next Article Why Are Women's Pockets So Small? 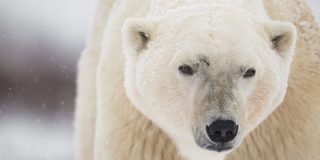 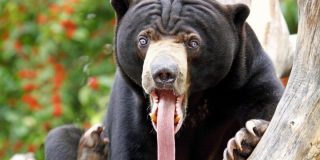