Sir Winston Leonard Spencer-Churchill, the Great British Bulldog, is without a doubt one of Britain’s most recognizable faces.

He’s often voted as the Top Briton of all time in many a poll – and rightly so!

He led the country from its darkest days to its finest hour between 1940 and 1945 during World War II.

He fought in and reported on several conflicts throughout his youth, served in Parliament for over 60 years and under six different monarchs, and even served a second term as Prime Minister in later life between 1951 & 1953.

A great deal of information is known about Churchill, with the man himself being a prolific writer who wrote several sets of memoires and biographies, and the collective authors of mankind have written hundreds of thousands of pages on him.

But how much do you know about him? Did you know he loved to do bricklaying and masonry as a hobby? Or collect butterflies?

Well, all of that and more to come in these 10 witty facts about Winston Churchill!

Winston Churchill’s mother was an American. 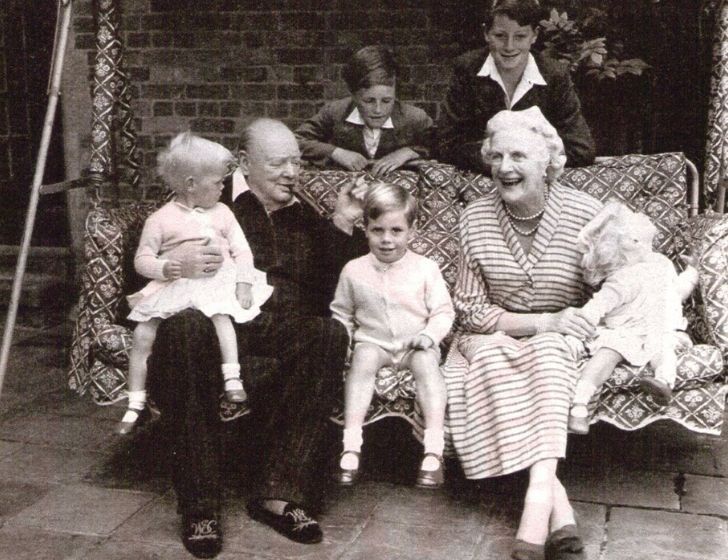 Back in the 19th Century, it was common practice for British aristocracy to marry US heiresses.

One such marriage like this took place between one Lord Randolph Churchill and Brooklyn heiress Jennie Jerome.

Jennie and Lord Randy had two children, Winston in 1874 and Jack in 1880, with both children being born at Blenheim Palace on their Oxfordshire estate.

Quick side-note here: Winston’s brother Jack was not the “Mad Jack” Churchill – the WWII soldier who often charged into battle playing his bagpipes, used a bow and arrow, and said “Any officer who goes into action without his sword is improperly dressed”.

He was a man of his vices! 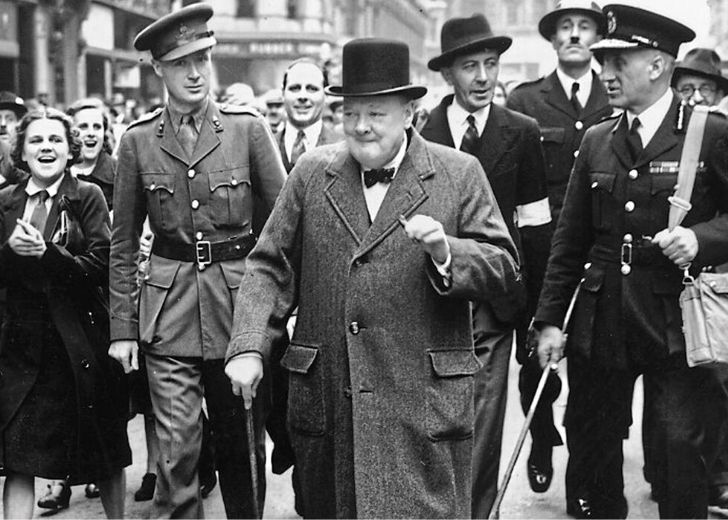 Most of the iconic images of the British Bulldog usually feature a chunky cigar clutched in his hand or in his grinning mouth, but smoking wasn’t his only vice.

The man himself once said that “hot baths, cold champagne, new peas and old brandy” were the four essentials of life.

When he was in the military as a youngster, Churchill took 60 bottles of assorted alcohol –mostly comprised of his favorite whiskey and brandy – with him when he shipped out to the Second Boer War in South Africa!

As you can imagine, Churchill wasn’t the greatest fan of prohibition in America either, describing it as “an affront to the whole history of mankind”.

He even managed to get himself a Doctor’s note in 1932 which stated he could drink an ‘indefinite’ amount of alcohol during his time in the States.

When Churchill was set to meet the Saudi King Abdulaziz in 1945, he was told he couldn’t drink in front of the King due to the King’s religious beliefs.

Churchill, in his dry sense of non-humor humor that he was a renowned master of replied “my religion prescribed an absolute sacred rite smoking cigars and drinking alcohol before, after, and if need be during all meals and the intervals between them.”

Winston Churchill staged a prison break in his youth. 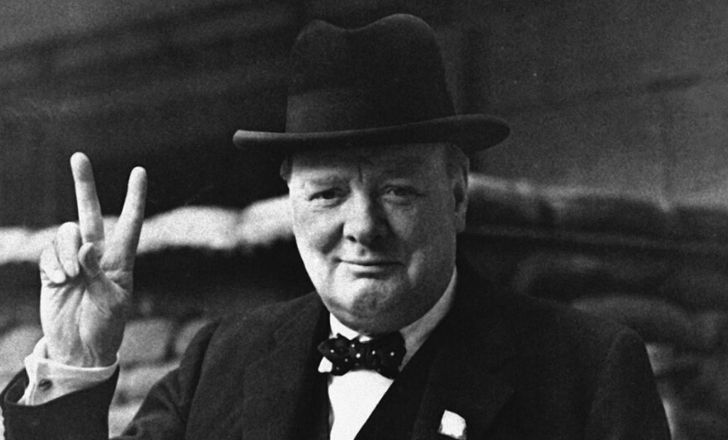 As a youngster, Churchill joined the military and graduated from the Royal Military Academy, Sandhurst, becoming an officer in the cavalry.

After his graduation and a bit of reporting as a war correspondent, he wound up in South Africa in 1899.

Upon his arrival, the armored train he was travelling on was ambushed by Boers (descendants of Dutch settlers battling the British at the time), and Churchill was captured and marched to a prison camp.

Now, the reason for the breakout isn’t exactly known, but if I had to bet, I’d say they confiscated his alcohol… because during the night Churchill managed to scale the wall – something too hard for two of his prison break buddies who turned back – and legged it.

With no clear plan in mind, Churchill luckily managed to stumble upon the house of a British coal mine manager.

The mine manager was able to hide Churchill in a mineshaft for three days before sending him on his way to British-run Mozambique in a truck filled with wool.

Churchill hopped onto a train back to South Africa from Mozambique, and when he arrived back in the military camp he was an overnight celebrity amongst his cavalry fellows!

He suffered with mild depression throughout his life. 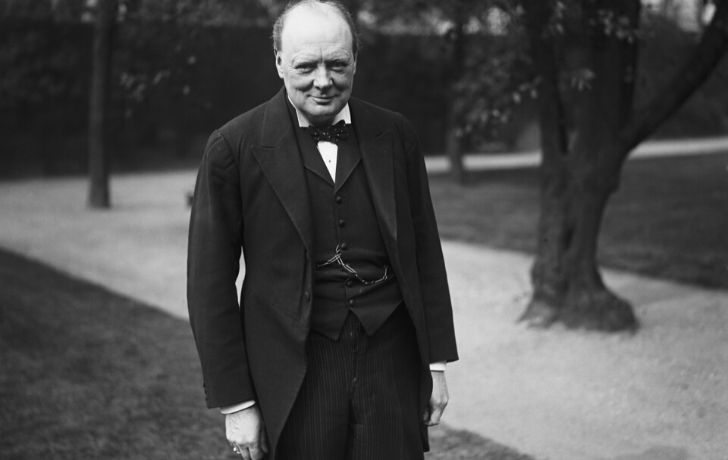 Churchill was prone to low moods and bouts of mild depression throughout his life – something he called his “Black Dog”.

There would be times in Churchill’s life when he lacked the energy or will to get out of bed and function, losing his appetite, focus, and sidelining his interests.

There is still a lot of debate on this topic, with some people believing Churchill suffered from Bi-Polar Disorder, and others disagreeing with this due to the level of functionality he was able to achieve in his life without any medication.

Some researchers also believe he suffered from Attention Deficit Disorder and Hyperactivity (ADD-H) as a child and continued to counter these symptoms throughout his adult life with activities such as painting or building.

He got voted out before the end of the Second World War. 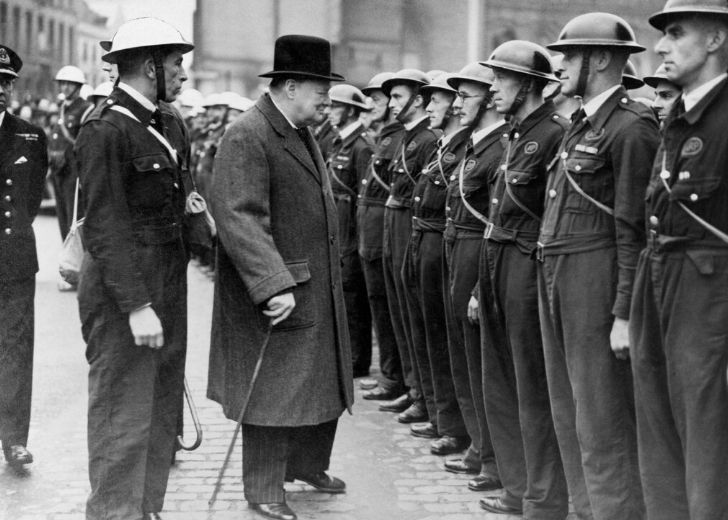 This one might come as a shock to some, given that he’s often referred to as one of the “Best Britons”, or when people talk about how he was Britain’s best wartime leader ever.

However, in July of 1945, two months after Nazi Germany’s unconditional surrender whilst war still raged on in the Pacific, Britain had its first general election in over a decade – something which usually happens every four or five years.

As anyone who knows anything about British politics will tell you, every political campaign is always dripping in propaganda (yes, Brexit, I’m looking at you) and this one was no different.

Thanks to the work of the opposing Labour Party, who managed to paint Churchill’s Conservative Party as anti-worker and anti-welfare, Clement Attlee beat Churchill in a huge shock landslide.

Despite this, he took it all quite well, saying “They have a perfect right to kick us out. That is democracy. That is what we have been fighting for.”

Despite losing his role as Prime Minister, Churchill remained in Parliament and would eventually run successfully for the PM role again in the 1951 general election. 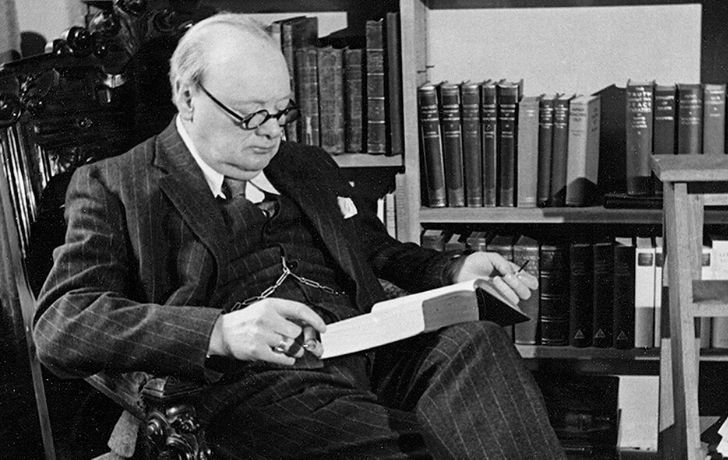 Or India, for that matter.

Throughout his life, Churchill was a very outspoken Imperialist – believing that the British Empire should retain hold of its colonies.

Especially so with India, being somebody who vehemently opposed any form of Indian autonomy.

As such, Churchill was no fan of Gandhi – he publicly advocated for letting Gandhi die during his hunger strike.

He often spoke out against Gandhi – in Parliament and in public – going as far as to say Gandhi was a “malignant subversive fanatic” and “a seditious Middle Temple lawyer, now posing as a fakir of a type well known in the East”.

Churchill’s hands were far from clean… 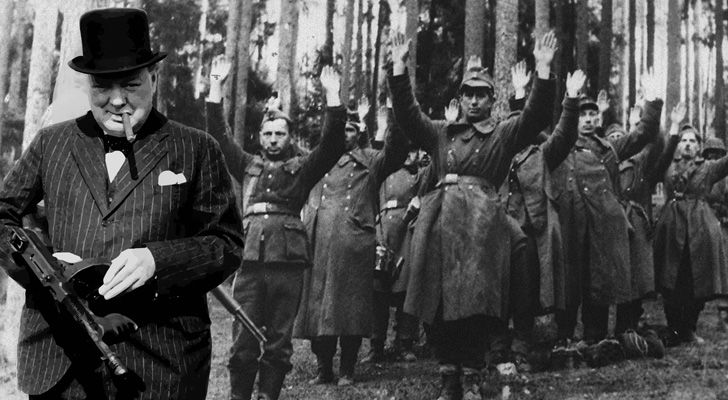 With Churchill’s thoughts on India well-known, it should come as no surprise that the Indian population suffered at his hands during WWII.

And I’m not just talking about the Indian men who were drafted into the British Army, but rather the civilian population of India.

The Bengal famine of 1943 – the only famine in modern Indian history not caused by nature – left a death-toll of roughly 3 million civilians.

As part of Churchill’s wartime logistics efforts, huge amounts of rice were exported out of India to the frontlines and to Britain as a means of keeping the British populace and Army fed and fighting.

Churchill, ever the critic of the Indian population or Gandhi, blamed the famine on the Indians, saying it was their fault for “breeding like rabbits” and that the shortages couldn’t be all too bad as Gandhi was still alive.

He didn’t take too much of an active role in military affairs during WWII. 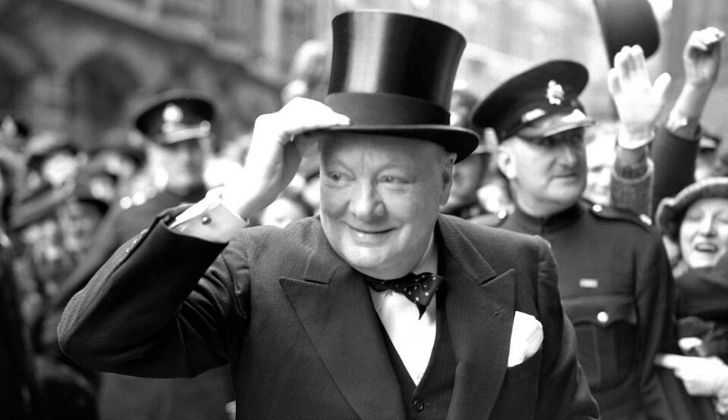 Unlike Hitler, who was well-known and infamous amongst his generals for his meddling and interfering in war plans, Churchill tended to stay out of the military planning for his armed forces within WWII.

After starting his Parliamentary career in 1900, Churchill eventually landed the role of First Lord of the Admiralty in 1911 – a role equivalent to the US Secretary of the Navy.

In this role, Churchill planned one of the British Navy’s greatest defeats: the Dardanelles campaign.

Churchill believed (and rightly so, to be fair) that if the British Army could defeat the crumbing Ottoman Empire, they could link up with their Russian comrades and put extra pressure on the German army, hopefully speeding up the war’s end.

However, as the Royal Navy’s fleet steamed into the Dardanelles strait, Ottoman fire sank three ships almost immediately, heavily damaging another three ships and sending the rest of the fleet running back the way they had come.

Churchill promptly resigned after the incident, and although he suffered a bit of damage to his political career and reputation, he was able to rebuild it over time.

This mistake must have weighed heavily on Churchill, because throughout World War II he often left the strategic and tactical military decisions to the military’s leaders.

Winston Churchill was an accomplished artist and all-round creative. 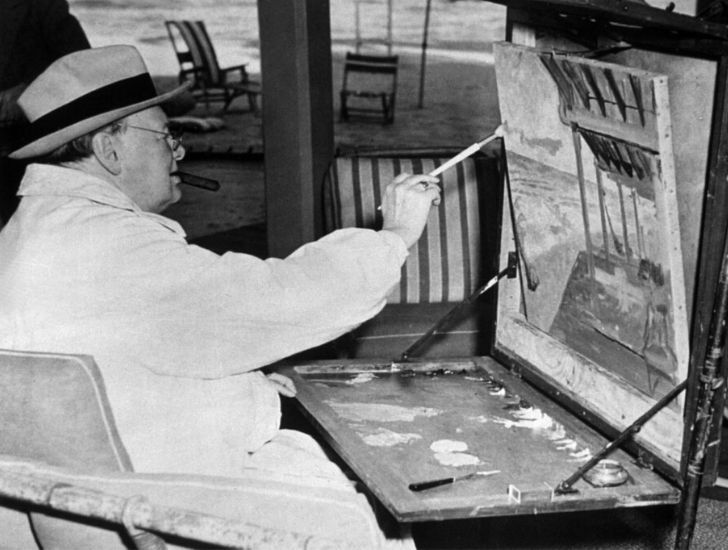 Churchill was, by all accounts, a rather sensitive soul who wasn’t afraid to wear his heart on his sleeve – often being moved to tears in the House of Commons, or when giving speeches or receiving praise.

He was also a very artistic and creative person – being an avid painter, a journalist in his earlier years, and an author throughout his entire life.

Churchill quite enjoyed painting impressionist landscapes and still lifes, and after the Great War he befriended painter Paul Maze, who was a big influence on him artistically.

The two remained friends and painting companions for the rest of their lives.

Churchill painted under the pseudonym “Charles Morin” and most of his surviving works can be seen at Chartwell House in London.

He was also a serial writer throughout his life, having penned a novel, two biographies, three volumes of memoires, and several historical books.

Churchill was awarded the Nobel Prize for Literature in 1953 during his second term as Prime Minister “for his mastery of historical and biographical description as well as for brilliant oratory in defending exalted human values”.

But despite that he was absolutely not a Grammar Nazi – mocking the contentious grammar law of not ending a sentence with prepositions by saying “That is nonsense, up with which I shall not put”!

He had a speech impediment. 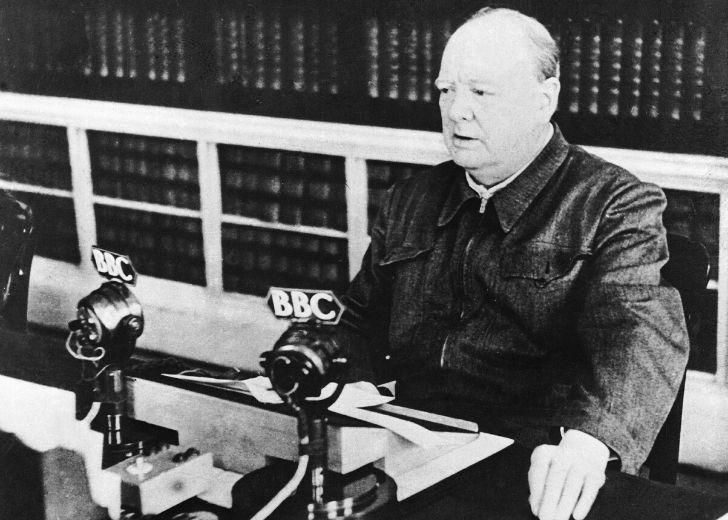 That’s right, one of history’s most renowned public speakers had a speech impediment.

Churchill had what is known as a lateral lisp, and as such had trouble pronouncing his “s” and “z” sounds.

In 1897, he sought help from Sir Felix Semen, a revered specialist in speech difficulties, who simply told Churchill that he just needed to practice to get over it.

So that’s what he did.

Although there was one word Churchill never quite got the hang of, and it might have just been a little bit intentional.

He could never pronounce the word “Nazis” properly, instead saying “Narzees”.

On the 24th January 1965, Winston Churchill died at the age of 90 after suffering a severe stroke nine days earlier.

He was given the largest state funeral to ever happen in British history, with representatives from 112 nations attending and 350 million Europeans, including 25 million British people, watching live on TV.

As Churchill’s coffin passed the River Thames, dockers working there all simultaneously lowered their cranes in a beautiful impromptu salute.

The Royal Artillery fired a 19-gun salute and the RAF performed a fly by with 16 English Electric Lightning fighter jets.

At his request, Churchill was buried in his family plot, a short distance from his birthplace at Blenheim Palace in Oxfordshire.

Indicative of the Great Briton’s dry sense of humor, the epitaph on his tombstone reads:

“I am ready to meet my Maker. Whether my Maker is prepared for the great ordeal of meeting me is another matter.”

Winston Churchill had a doctors note to enable him to drink "unlimited" amounts of alcohol while visiting the USA.