Neil Patrick Harris has been a household name for years, and that doesn’t seem to be changing anytime soon.

He’s one of those celebrities that everyone loves, and for good reason!

Check out these top facts about this multi-talented actor that you may be surprised to learn!

While most people think of him as an actor, Neil Patrick Harris is also a writer, producer, comedian, singer, and even amateur magician!

Both of his parents were lawyers who also ran a restaurant.

At the early age of 3, Neil played Toto in a school production of “The Wizard of Oz.”

Neil’s career kicked off at the age of 15 when he was discovered by Mark Medoff – a playwright who found him at a drama camp.

When Neil started acting, he went by his full name because there was already another actor named Neil Harris.

This discovery led to Neil starring in a movie adaptation of a novel, “Clara’s Heart” alongside Whoopi Goldberg. His talent in this film earned him a Golden Globe nomination at the age of 15!

Neil Patrick Harris scored the lead in Doogie Howser, M.D., which had a significant amount of success. However, he almost wasn’t cast for the role, as the show executives didn’t like the casting choice, but the producer shot the pilot with Neil anyway!

The first role as an adult for Harris was in 1995’s Animal Room – ironically enough, he played a teenager.

Neil came out as openly gay on November 4, 2006, by saying, “I am happy to dispel any rumors or misconceptions and am quite proud to say that I am a very content gay man living my life to the fullest and feel most fortunate to be working with wonderful people in the business I love.”

Neil has been with his partner, David Burtka, since 2004. They were married in 2014 in Italy, with Elton John playing at their wedding.

In 2008, Neil Patrick Harris confessed in an interview to having undergone otoplasty – a surgery to have his ears pinned back because he was self-conscious about them sticking out.

Neil Patrick Harris is obsessed with Red Bull! He is often seen drinking it on How I Met Your Mother. So much so, that Red Bull gave him a lifetime supply and mini-fridge because of the amount of free advertising he’s given the company.

All of the suits worn by Neil on How I Met Your Mother were tailored especially for the actor. After the series finale, he took some of them home.

Neil posted so much food on his Twitter account, that he started annoying his followers with the frequency of food photos. He now has a separate account @NPHFoodPorn dedicated to his mouthwatering food photos.

In any given episode of How I Met Your Mother, Neil made $210,000 which was almost twice as much than any other cast member. This was due to him being the biggest name on the show.

If Neil needs to calm down before a show, he does a set of deep-breathing exercises to cool down, and then drinks a can of Red Bull to get pumped back up.

One little known fact about Neil Patrick Harris, is that he is an amateur magician. He’s been doing magic since he was a kid, and is now even on the board of directors for The Magic Castle – a nightclub for magicians and fans of magic.

Neil Patrick Harris and his partner had twins via a surrogate mother. Their son, Gideon Scott, and daughter, Harper Grace, were born in October, 2010.

At home, Neil has a “meditation corner” where he keeps mementos that relax him. Some of these objects include rocks he obtained from trips to Knott’s Berry Farm, fortunes from fortune cookies, a golden Buddha statue, and his four wisdom teeth.

Neil Patrick Harris’s signature hair is all thanks to a product from Indonesia he uses called “Tancho Stick Tique.”

Elton John is one of his best friends! Harris says they bonded when they were both expecting children via surrogacy.

In 2010, Neil Patrick Harris made it to the list as one of Time magazine’s 100 Most Influential People.

Neil has been on Broadway in both musical and drama roles However, his first ever on-stage performance was in 2001 in a concert performance of Sweeney Todd.

Having appeared in his fair share of on-stage productions, Neil has hosted the Tony Awards four times. Doing so has earned him with three Emmy Awards!

Neil Patrick Harris has appeared on American Idol as a guest judge.

His autobiography was on The New York Times best seller list for two weeks.

On top of his autobiography, Neil Patrick Harris has published a young adult novel called The Magic Misfits which is the first of a four-book series.

Previous Article Charles Darwin Ate One of Everything He Discovered Next Article Green Tea: From Harvest to Cup [Infographic] 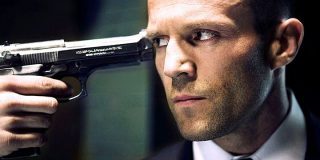 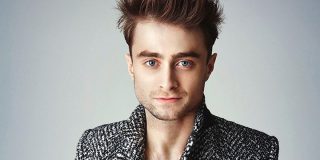