Morocco sits in the North of the African continent. Its position means that it has close links with Europe, as it faces the Mediterranean Sea looking onto Spain.

For various lengths of time in history, Morocco has been taken over by many countries and rulers.

The most recent being France, which meant it was part of the French Empire

It has also been ruled by the Romans and Arab nations throughout history.

Here are 17 marvelous facts about Morocco that will leave you wanting to know more.

Did you know that the official full name of Morocco is “Kingdom of Morocco”?

It was officially named in March 1956 when the French rule was ended, although it’s abbreviated to Morocco by most people today.

Morocco is almost the same size as California.

The capital of Morocco is not its largest city.

That’s correct; you may think that the capital city of most countries is generally the largest, but not in this case.

But the largest city in Morocco is Casablanca, which is 84.94 miles squared (219.9 kilometers squared).

There are two official languages of Morocco.

Unlike most countries that have one main language, Morocco has two. The first and most commonly associated with Morocco is Arabic.

The version of Arabic that is spoken in Morocco is known as “Darija”.

The second and lesser-known language spoken is Berber. The Berber language is used by most North African countries as this is where it derives from.

The Berber people still inhabit Morocco, hence the popularity of the language.

Because of Morocco’s history with France, French is still sometimes used and in less common situations Spanish is spoken.

The Berbers are the descendants of the first people to inhabit Morocco.

This is defined as the pre-Arab race that inhabited and spanned the North of Africa.

They call themselves “Amazigh” and the plural being “Imazighen”. It’s difficult to know exactly how many descendants are still living in Morocco, as many choose not to identify themselves as Amazigh.

It’s estimated that over half of the population of Morocco descends from the Berbers.

The name Berber, comes from “Barbar” an abbreviation of barbarian.

The people were given this name by the Arabs when they enlisted many Berber’s to fight in their conquest to take Spain.

The reason they were associated with the word barbarian was that they were speakers of a language other than Greek or Latin.

The flag of Morocco has only 2 colors.

Morocco’s flag is red with a green star in the middle and has been used since 1915.

The red background represents the bravery, strength, and hardiness of the people and the troubles they have been through to keep their country.

There is a green star in the middle of the flag. The reason why it is green is that within their culture the color green represents joy, love, and happiness.

The star itself is representative of the five pillars of Islam, hence why being a five-point star or sometimes referred to as a pentagram.

The pentagram itself is often referred to as Solomon’s seal. 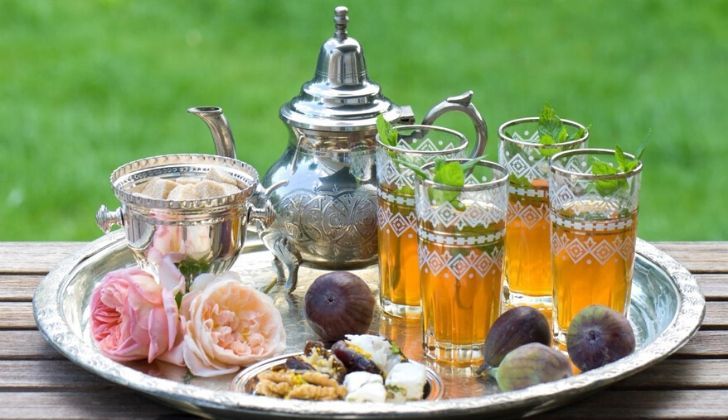 If you didn’t know already, Morocco loves its tea and is home to the green and mint tea combo.

In Morocco, it is known as “Maghrebi Mint Tea”.

It’s a green tea that is traditionally prepared with spearmint leaves and a cube of sugar and originates from the Greater Maghreb Region.

Drinking tea is seen as an important social activity and has a very ceremonial way of preparation.

Normally the head male of the house will be the one to prepare the tea.

Tea is drunk all year round, multiple times a day and when there are guests, tea is always made as a welcoming sign of hospitality.

Couscous is a national delicacy.

Did you know that Couscous is a staple food across North Africa, and more specifically is the national dish of Morocco?

In Berber, it is known as K’seksu and has been used as a staple food for most North African dishes since as early as the 7th Century.

It is highly nutritious and cheap to make from wheat or other cereals that can be grown in Morocco.

The process of making Couscous is very special in Morocco and can be seen as a very sacred and religious routine.

Couscous traditionally is made by the females of the house during special occasions and due to its longevity, it can be stored for months after making it. 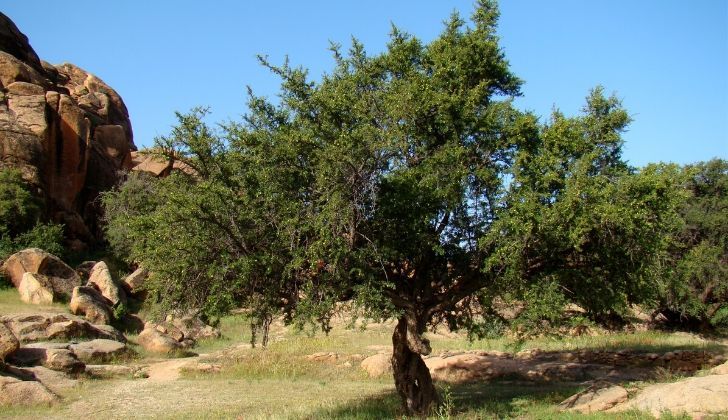 Morocco is the world’s largest producer of Argan oil. You may have come across it in cosmetic products such as hair conditioners or treatments.

In Morocco, it is commonly used for more than just cosmetics as it is their main oil used for cooking.

Argan oil comes from the fruit/nut that grows on the Argan tree, which is most commonly found in Morocco.

Morocco is famous for its style of building called a Kasbah.

Have you heard of a Kasbah? Some may be familiar with the word, but if you are not, “Kasbah” is the word used to describe a medina, citadel, or more commonly a fortress.

The word “Kasbah” has many direct translations such as watchtower, fort, keep, and old city.

So as you can see from these translations, a Kasbah resembles a group of buildings that make up a city.

Some of the oldest Kasbah’s in the world are found in Morocco.

The UNESCO world heritage site called “Aït Benhaddou” is a Kasbah and is located southwest of Marrakesh.

It was established in 757, by its founder Ben-Haddou. When he died he was buried in a tomb just behind the site and it is a popular place for tourists to visit.

The historical site of Aït Benhaddou was made famous by Hollywood.

Over the years not only has Aït Benhaddou attracted many tourists; it has also featured as the perfect backdrop to some very well-known movies.

Morocco has the oldest University in the world.

Believe it or not, the oldest university in the world is in Morocco, located in Fez.

According to records, the University of al-Qarawiyyin was founded in 859, making it the oldest recorded institute for higher education learning on record.

The institute was founded by Fatim al-Fihri, the daughter of a wealthy merchant, and is still used today as a learning facility known as a Madrasa.

Morocco uses dirhams as its currency.

In modern days, Morocco uses the Moroccan Dirham. They have been using the Dirham since 1960, but before they used Moroccan Francs.

Much like countries in Europe at the time, and during the French rule, this was the best currency to use for Morocco.

Initially, just French Morocco used the Franc from 1921, until 1957 when it became the most common currency used across the whole of Morocco.

Although the Dirham was introduced in 1960, the Moroccan Franc was still in circulation until 1974.

You might be expecting something exotic, but like most countries around the world, Morocco is passionate about soccer.

Morocco won the Fifa world cup in 1961 against Saudi Arabia and it was the largest victory in history being 13-1.

As a country they are so into their soccer that they have applied three times to host the Fifa world cup.

Morocco is home to the tallest peak in North Africa. 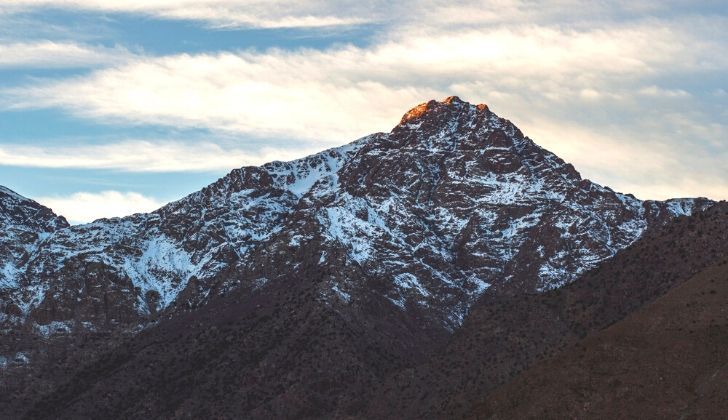 The highest peak in North Africa can be found in the High Atlas mountain range in Morocco.

Not only is it the highest peak in Morocco and North Africa, but also of the Arab World.

The national animal of Morocco is a lion. 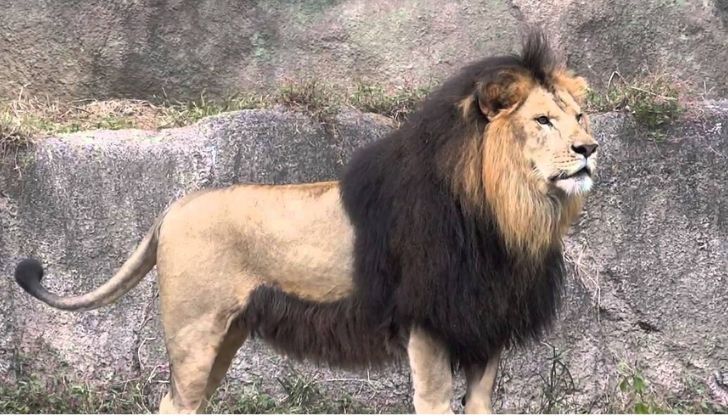 Morocco’s national animal is the Barbary lion to be exact.

These would have been found in forests and mountainous regions but have been considered extinct since the last sighting of a small group in the mid-20th Century.

The only Barbary lions that can be found today are in zoos or conservation sites.

The Barbary lion, Also known as the Atlas Lion or Berber Lion would have been found in Morocco across to Egypt and was the only type of lion to be found in North Africa.

Much like the 4th of July is marks the national holiday for the USA; Morocco has one of its own.

In Morocco, it is known as Throne Day and it is on July 30th each year.

This special day marks the celebration of the day that their king Mohammed VI took the throne.

Every time there is a new king, this celebration day changes to whichever day his accession to the throne is on. Mohammed VI took the throne in 1999 from his father Hassan II.

Morocco has become a fusion of African, European, and Arabic traditions and language.

So the next time you find yourself eating couscous think about where this delicious food originated!