In the world of arcade games and video game history in general, the gorilla is known worldwide as one of the true originals.

I myself am slightly too young to have played Donkey Kong, or “DK” as it’s known, in the arcades but did have the pleasure of playing it on the Nintendo 64 and then on all subsequent consoles including my personal favorite Donkey Kong Land.

Here we’re going to go through 25 facts about the Donkey Kong series.

Donkey Kong was the first game to tell a story via cut scenes, something almost every game does today.

In 1994, Donkey Kong Country became the bestselling Nintendo game not bundled with the console.

If Donkey Kong is left alone for too long in the Donkey Kong Country Returns 3D he’ll break out a DS-like device and start playing a game that uses the original Donkey Kong sound effects.

Donkey Kong’s movements are based on those of a horse, not a Gorilla as the developers thought the Gorillas moves weren’t up to scratch.

EnGuarde the Swordfish, Squawks the Parrot and Rattly the Rattlesnake are 3 of the 11 animal characters who appear in Donkey Kong Country.

Mario is actually Donkey Kong’s abusive owner and is the villain of the game series. In Donkey Kong Jr. Mario is keeping Donkey Kong caged up.

In 2008, Don Hodges found an Easter egg buried in the depths of Atari 400’s Donkey Kong that displays the coder Landon M Dyer’s name on the credits screen after a series of actions are completed.

Donkey Kong 64 has the world record for the most in-game collectibles of any game today with a total of 3821.

Mario’s princess in Donkey Kong isn’t that of Super Mario’s Princess Peach. She’s called Pauline or “the lady”. Pauline is based on the woman in the King Kong films.

Nintendo trademarked the phrase “it’s on like Donkey Kong” in 2001 after appearing in Ice Cubes’ “Now I Gotta Wet’Cha” hit.

There are over 35 different versions of Donkey Kong including Donkey Kong, Donkey Kong Country, and Donkey Kong Jungle Beat as well as collaborations with other characters like Mario vs. Donkey Kong: Tipping Stars.

Donkey Kong’s TV show ‘Donkey Kong Country‘, based on the SNES classic, Aired in France and the US in 1997 and 1998 respectively, lasted 2 seasons with 40 episodes.

Donkey Kong made his film debut in the 2015 blockbuster ‘Pixels‘, acting as Adam Sandler and crew’s biggest enemy.

Donkey Kong has had 5 developers in its day including Rare, Paon, Retro Studios, Namco, and of course the heroes over at Nintendo.

Donkey Kong was initially pitched as a boxing game called Donkey Kong Country with a new 3D visuals style, the creators Rare pitched the idea to Miyamoto and Genyo Takeda and they gave the nod to create a game with this style of graphics. Donkey Kong, 15 years later, appeared in Punch-Out!! For the Wii as an unlockable character.

The name “Donkey Kong” comes from a mash-up of “King-Kong”- a Japanese phrase used across the country for a gorilla, and the first English word creator Miyamoto found to describe “Stubborn and dumb”.

In 1982, Universal sued Nintendo over the use of Donkey Kong as it was too similar to their film King Kong. ‘King Kong‘ however was already in the public domain years ago and this meant the case was dropped with Universal having to pay Nintendo’s legal fees.

Manky Kong, the villain, is the only “Kong” not to be part of the Donkey Kong family.

Donkey Kong Racing, Diddy Kong Pilot, and Donkey Kong Coconut Crackers are the names of the 3 Donkey Kong games that were canceled.

Since the Nintendo 64 days, Donkey Kong has been a playable character in almost every Mario sports game.

The Donkey Kong franchise worldwide has sold over 40 million units.

So there we have it, the iconic gorilla has taken the world by storm appearing in dozens of games and selling millions of units and is still one of the gaming heavyweights.

Whatever Nintendo creates next I can almost certainly say that Donkey Kong will appear somewhere.

Maybe in his own game or simply a playable character, and I for one cannot wait for the day where you can take control of the Mario-hating ape.

Previous Article The History of Space Travel Timeline Next Article How Much Would Darth Vader's Suit Cost? 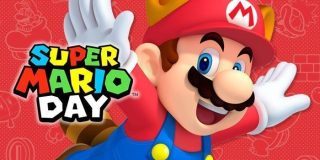 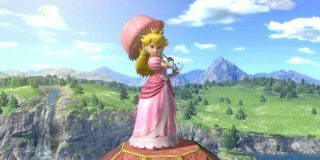 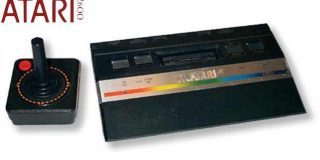