Jack De Graaf
5 Minutes Read
Updated: November 18, 2021
One of the first times anything remotely resembled a ray-gun appeared was in H.G. Wells’ The War of the Worlds in 1989.

Anybody out there who loves sci-fi probably loves ray-guns. And if you also love the Call of Duty franchise then you must definitely be a mega-fan of Treyarch’s Ray Gun.

So, without further adieu, here are some cool bits of trivia about the Ray Gun and its various variants.

With the Zombies mode that dawned in World at War, spawned one of gaming’s most infuriating/pleasurable contraptions: The Mystery Weapon Box.

For those of you who have never played a Treyarch Call of Duty game, or any CoD game, the Mystery Weapon Box offers players a chance to spend 950 in-match credits on a random weapon from said box.

Most of the weapons are terrible, few are good, fewer are great.

And then there is the Ray Gun. The Ray Gun is the most powerful weapon in Zombies, and debatably the best.

It fires the most beautiful incandescent bluey-green rays – glorious pinky-red rays when it is Pack-a-Punched – and it even runs on batteries called ‘Atomic Cold Cells’.

It was created by scientist H. Porter of the mysteries Group 935 and features their logo on top of the gun.

The Pack-a-Punch version of the Ray Gun is called the Porter’s X2 Ray Gun and gets its name from Treyarch weapon artist Max Porter, who came up with the weapon as a side project.

With the Black Ops II: Vengeance DLC came the successor of the Ray Gun, the Ray Gun Mark II.

Now the Ray Gun Mark II truly is a weapon that strikes fear into the cold hearts of your undead assailants.

Acquired through the same painstaking way as its predecessor, this weapon is well-worth the heartache and robbery the Mystery Weapon Box dishes out oh so regularly.

With three-round burst fire, double the mag capacity, and a different type of ammo which means no splashback damage and shots that penetrate multiple zombies, the Ray Gun Mark II is a sickle made for harvesting heads.

But now let’s talk about the idea that inspired the CoD Ray Gun over 100 years after its own conception!

The ray-gun is possibly one of the most iconic symbols of science-fiction ever. Its notoriety is akin to that of the spaceship, or the classical big-headed little green alien.

So, let’s engage our minds as though they are the hyper-drive and read some cool facts and history about the ray-gun itself.

Where did the Ray Gun come from?

One of the first times anything remotely resembling a ray-gun appeared was in H.G. Wells’ The War of the Worlds in 1989.

The Martian’s spaceships that featured in Wells’ novel had a weapon called a Heat-Ray.

Whilst this title actually referred to the beam fired from the weapon, not the weapon itself, it behaved like a modern-day laser would, incinerating all in its path.

In the novel itself the beam was invisible, and was described as an intense beam of heat that was created in a chamber then focused and projected through the use of a parabolic mirror.

Shortly after The War of the Worlds, energy weapons began appearing in pulp fiction novels as well as comics like Buck Rodgers.

Toys based on the disintegrator ray from Buck Rodgers became massively popular within the 1930s.

Strangely enough, the disintegrator ray itself didn’t first appear in Buck Rodgers. It first showed up in 1898, as a feature in an unauthorised sequel to The War of the Worlds, Edison’s Conquest of Mars, by Garrett Serviss.

Just as an interesting side-note, the Lightsaber pre-dates Star Wars in the world of sci-fi. They appeared as ‘force field blades’ in 1952’s David Starr, Space Ranger.

The Nazis try to make science fiction a reality.

During World War II, the Nazis tried to develop something called Wunderwaffen, or Wonder Weapons. The idea behind this was to create weapons so powerful they could end the war in a single strike.

They even experimented with sonic weapons that had similar effects to directed-beam laser weapons, even achieving some measure of success.

Luckily for us, however, they never managed to mass-produce them. However, in a manner of speaking, Germany did create a laser-pistol.

Han Solo‘s Blaster from Star Wars is based on the German Mauser P-96 pistol, also known as the ‘broomhandle’ for the shape of its grip.

In the 1950s and the 1960s the toy industry saw a boom in space-themed toys, and foremost among them were laser pistols and atomic ray-guns. Despite this, toy ray-guns had been around for a long time before.

They pre-date all other toy guns as toy guns didn’t become popular with children until after World War II.

Most of the laser toys were based on popular weapons from sci-fi movies or books. In fact, by the time Star Trek made its debut in 1966, lasers were already five years old.

Gene Roddenberry was worried that lasers would be considered out of date by then, so he decided to add a whole host of functions to the phasers.

Phasers had different settings, could weld doors shut or cut holes in things, and could even blow up like a grenade!

They even ran on batteries – in one Star Trek episode, Scotty transferred power from a bunch of stored phasers into the Enterprise’s engines.

So, there you have it, a brief history of the ray-gun and some awesome facts about it. Not to mention some cool tit-bits about the Ray Gun from Call of Duty: Zombies.

Hope you enjoyed it, and until next time keep reading and stay clever! 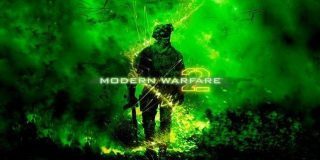