Solving a Rubiks cube is overwhelming for those of us who aren’t mathematically inclined!

Even though it is just a small unassuming cube, it has hundreds of millions of combinations.

Some of use take days to complete it, while others seem to breeze through in just minutes.

For example, the fastest time a Rubiks cube was solved, was in less than 10 minutes.

If you don’t want your Rubik’s Cube to collect dust on your shelf, you might be able to use some inspiration here.

Here’s an awesome infographic that shows the colors, combinations, measurements and record times for the Rubik’s Cube.

Check out the facts! 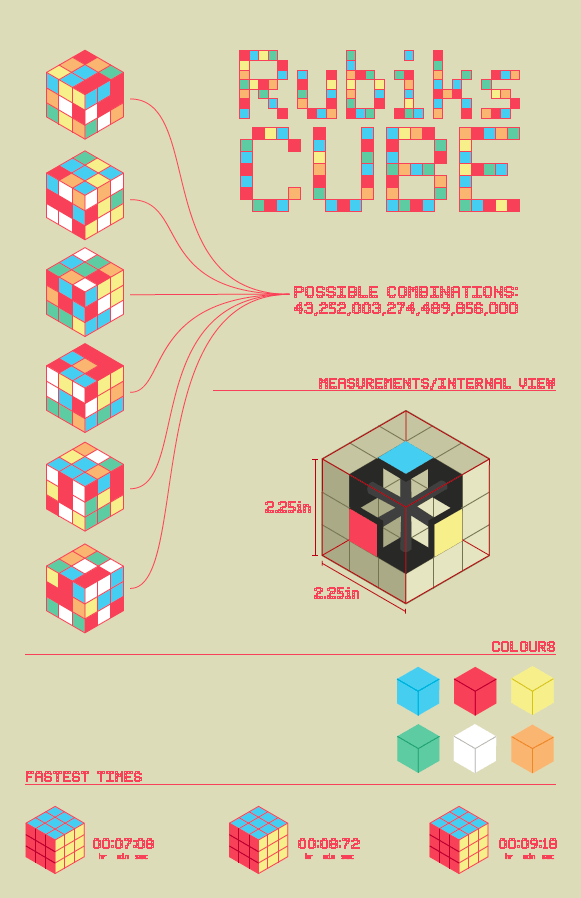 If you would like more information about Rubik’s cubes and the new Rubik’s 360 puzzle game check out my previous article: Rubik’s Back With A New Puzzle: Rubik’s 360