The Earth has been around for billions of years but how long have trees existed?

Have you ever wondered what the oldest tree in the world might be?

Many tree species have become extinct over the years due to climate change, but there are plenty that have survived and still thrive today.

It has become difficult to determine what the oldest tree is, as there are varying types, species, and ways in which trees grow.

Here are the seven of the oldest trees in the world that are still alive today.

This includes both singular trees and clonal colony trees.

Gran Abuelo is located in Alerce Costero National Park, Chile. The tree is the oldest living tree in South America.

Sadly the Patagonian Cypress is an endangered species.

This is because the tree contains a resin that slows down the time it takes to deteriorate; therefore it has become a popular building material.

The species is a Mediterranean Cypress (Cupressus sempervirens) and is believed to be around 4,500 years old.

Sarv-e Abarkuh is a natural monument in Iran and is protected by the Cultural Heritage Organization of Iran.

The tree has attracted attention across the world as the legend is that the tree was planted by an Iranian prophet named Zoroaster.

Other legends tell of the tree being planted by the third son of the Biblical Figure Noah. 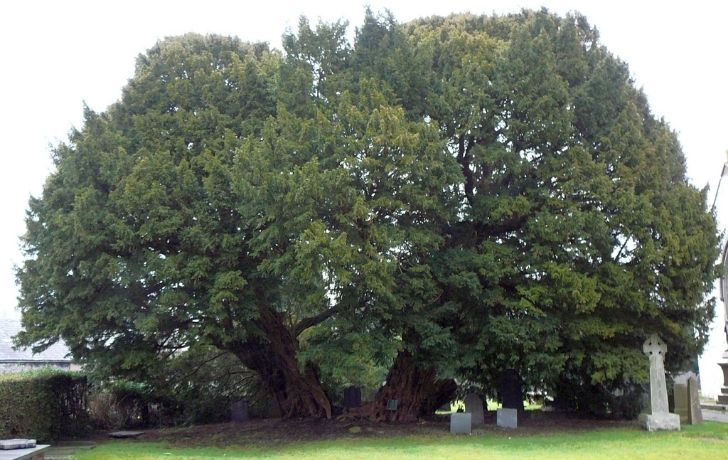 The Llangernyw Yew is located in the churchyard of St. Digain’s Church in the village of Llangernyw, Conway, Wales.

The tree is a Common Yew (Taxus baccata) species and has existed for around 5,000 years.

It is difficult to tell the exact age of this species as quite often the core will disappear over time and will be taken over by new large shoots that replace the area the core once was.

The tree has its own certificate that was issued by English botanist David Bellamy, confirming its age.

The Llangernyw Yew is an important part of the community as is the heart of local folklore tales.

The Llangernyw Yew appears in Welsh mythology as the place where the spirit called Angelystor (Recording Angel) will appear each Halloween to tell the village who will die next. 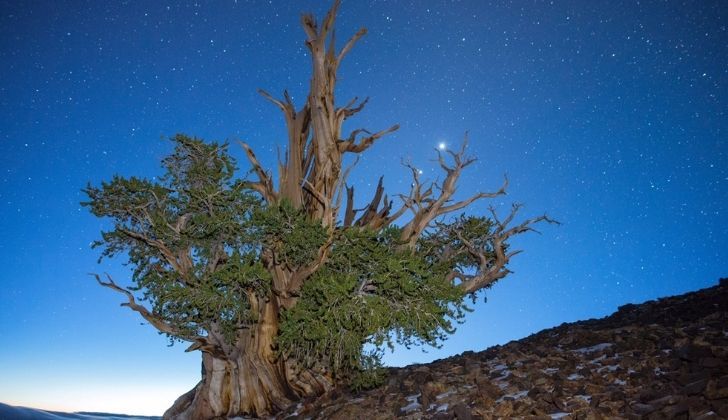 The tree is located in California at Methuselah Grove in the White Mountains of Inyo County.

The exact location is unknown to the public as it is surrounded by other ancient trees.

This is so the tree stays safe and can be preserved for as long as possible.

It is estimated that the tree would have been germinated in 2832 BCE.

The tree was named after the oldest Biblical figure Methuselah, who lived to be 969.

The farmer Jared Milarch, in 2003 was granted permission to take cuttings from the tree.

He was successful in growing clones from Methuselah. 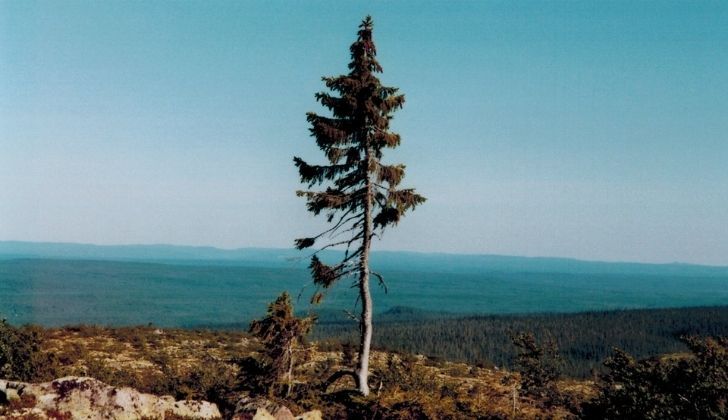 Old Tjikko can be found in the Fulufjället Mountain of Dalarna province in Sweden and was discovered in 2008.

The tree is a Norway Spruce (Picea abies).

This species is known for its ability to shed and regrow a new trunk in the same place around every 600 years.

The species is a clonal colony tree.

You might be wondering how you can tell its age if this is the case.

The age can be seen through the root system, which is dated to be around 9,500 years old.

It is expected that the tree was brought to the areas by humans to germinate.

This theory shows that the climate in Sweden may have warmed sooner than scientists once thought.

Jurupa Oak is located in the Jurupa Mountains in Crestmore Heights, California, USA.

The tree species is a Palmer’s Oak (Quercus palmeri) and was discovered in 2009.

The species like the Norway Spruce is also a clonal colony tree.

Its age is determined by the root systems and new shoots are analyzed.

Palmer’s Oak’s thrive in wetter climates at high altitude, so Jurupa Oak was the only one found to survive in the area.

It was also made up of 70 clusters of stems. 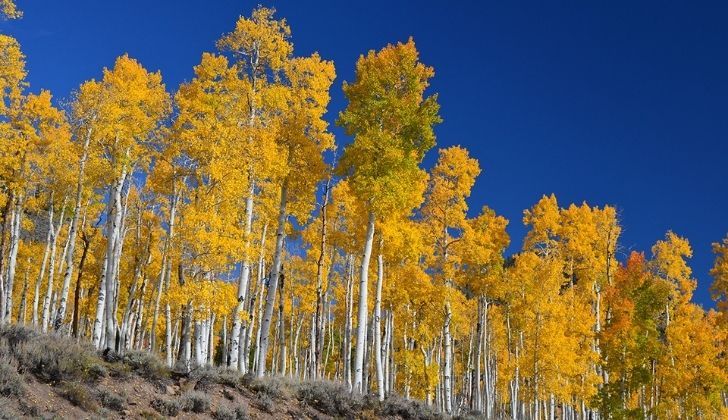 Pando is a Quaking Aspen (Populus tremuloides) and is estimated to over 80,000 years old.

Pando is also a clonal colony tree, therefore it may appear to be a cluster of trees above ground but it is linked through its root system which started as one.

Sadly research shows that Pando’s rate of growth has slowed over the past few decades which indicates that Pando is slowly dying.

The 7 oldest trees in the world show how strong and durable nature can really be.

It is difficult to measure accurately how old a tree can be, as there are many varying factors.

Some may argue that clonal colony trees don’t count as they re-grow, but it is still incredible to think these plants have been living longer than us!

Some of the world’s oldest trees have survived and witnessed great events throughout history and they are still standing tall today.

Why not research what the oldest tree is near you and witness nature at its strongest.