Written By:
Lizzie Robinson
Last Updated:March 17, 2021
Reading Time:
3 Minutes
Filed Under:
Film & TV
Lawrence Kasdan said in an interview that Kylo Ren was a much more complex character than the other bad guys he had created.

He’s the villain of the hotly-anticipated 2015 Star Wars movie, but what do we actually know about Kylo Ren?

Impress your friends with your new-found knowledge after reading these twenty facts!

Kylo Ren is the main villain in Star Wars: The Force Awakens, portrayed by Adam Driver.

At first glance, many viewers believed Kylo Ren to be a Sith Lord. However, the director, J. J. Abrams, confirmed that this isn’t true and Darth Vader was the last Sith Lord.

His lightsabre is different from the other ones which were seen in the previous movies. It has three blades and a jagged appearance, due to the fact that Kylo Ren himself made it using cracked kyber crystals.

Adam Driver, the actor who plays Kylo Ren, chose this role over the part of Lex Luthor in the 2016 Superman vs Batman film.

The actor didn’t like the dark and frightening mask which he had to wear for the part of Kylo Ren. He stated that he could barely see what was on set.

The mask was designed in such a way so that child viewers would easily remember it.

The costume for the character wasn’t the result of a few designs – in fact, there were hundreds of drafts and designs drawn up before the final conclusion was made.

The character of Kylo Ren is a huge fan of Darth Vader, the original masked villain.

As can be seen in the movie, this bad guy isn’t working completely alone. He has many troops who work together to help him achieve his power.

He was a former Jedi apprentice before becoming Master of the Knights of Ren and then taking his place as Commander of the First Order.

His biological father is Han Solo and his mother is Leia Organa. The pair had a relationship in the previous Star Wars movies.

As a result of Han and Leia’s relationship, this would make Luke Skywalker one of Kylo’s uncles. This means Anakin and Padmé would be his grandparents.

Kylo Ren was originally trained by Luke Skywalker to be a Jedi, but as we find out in the movie, turns to the dark side in an attempt to be the next Darth Vader.

This character is expected to appear in the 2017 Star Wars movie, which will be the eighth movie.

Star Wars writer, Lawrence Kasdan, said in an interview that Kylo Ren was a much more complex character than the other bad guys he had created.

When a trailer for the movie was released in April 2014, Kylo Ren’s character could be seen but nobody knew what his name was yet.

Although there had been speculation, it was finally confirmed that Adam Driver would play the character in a photoshoot for Vanity Fair in the summer of 2015.

Since the release of the movie, Kylo Ren has become a popular figure in computer games and Lego sets. He is now featured in the Lego Star Wars sets, and is a playable character on the Star Wars addition of Disney Infinity 3.0.

Reviews for Kylo Ren’s character were positively received by most critics, with some comparing him to Darth Vader but quick to add that his character is a new villain in his own right. 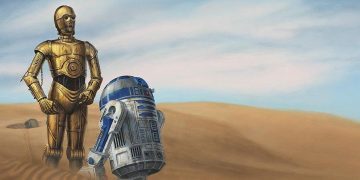 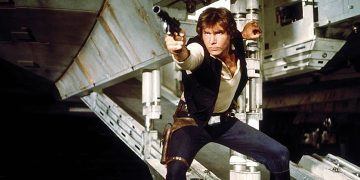 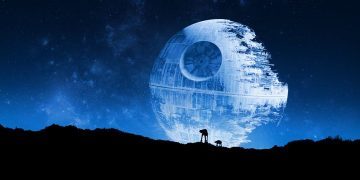