Komodo dragons are the largest living lizards on the planet. They are fearsome creatures with a reputation for being strong, aggressive and deadly hunters.

However, as time has gone on, science and research has showed us that they’re not exactly the man-eating beasts we once thought.

Here are the top 10 facts about Komodo dragons!

When you look at a Komodo dragon, weighing up to 198 lbs (90kg) and 10ft (3 meters) in length, full of muscle and lumbering around the land, you wouldn’t think they’d be natural swimmers.

However, Komodo dragons – much like most other reptiles – are avid swimmers.

Living on a series of five southeastern Indonesian Islands, Komodo dragons have to quite often swim from island to island in the search for food.

In fact, they can swim for hours and have been spotted miles offshore.

Komodo dragons can smell carrion from up to five miles away.

Like other reptiles, Komodo dragons smell through the use of a different sensory system than that of a human.

Using their flickering forked tongues, they pick up microscopic taste particles on the air – literally tasting the air.

When the Komodo dragon draws its tongue back into its mouth, the prongs fit into an organ called the Jacobson’s Organ on the roof of its mouth.

This organ processes the scent particles on the tongue, which allows the Komodo dragon to pinpoint exactly what each particle is, and where it is.

For a Komodo dragon, this way of smelling carrion is so refined that it can smell something dead over five miles away and pinpoint where it is.

As you can imagine, this is very useful especially if they have to swim a couple miles to get to their food!

Komodo dragons can eat 80% of their body weight in one sitting.

Komodo dragons are indeterminate growers, which means that they will never stop growing in length or weight for as long as they live.

This is a big part of why they have no natural predators.

With a big appetite and always being in a rush to eat, Komodo dragons have been spotted in the wild eating huge meals in one go.

With jaws that are highly flexible and can open very wide, they can easily swallow a medium-sized piglet down in one!

So therefore it should come as no surprise that a Komodo dragon can – and will – eat as much as 80% of its body weight in one go.

To put that into perspective, that’s the same as a person eating about 260 Big Macs in one go!

Due to an observational study conducted in the 1970s, scientists have long believed that a Komodo dragon’s saliva contained a deadly cocktail of bacteria potent enough to kill its prey with only one bite.

However, back in 2009 biochemist Brian Fry from the University of Queensland tested this widely-accepted belief.

He aimed to discover exactly which microbes would cause such a horrific death, and was able to collect some swabs from the inside of several different Komodo dragons’ mouths.

Whilst there was a lot of bacteria within their mouths, it was actually lower than most mammalian mouths and there was nothing that would cause the rapid tissue disintegration or blood loss associated with Komodo dragon bites.

Fry followed this up by doing MRI scans of Komodo dragon skulls which showed two small venom glands in the lower jaw.

Previously thought to be redundant, an analyzis of these on a captive zoo animal showed they were most certainly active.

The Komodo dragon venom found in these glands contained a few types of toxic proteins, known to cause the exact effects that have been seen in animals bitten by Komodo dragons.

Young Komodo dragons roll around in poop and climb trees to avoid getting eaten.

Komodo dragons are notorious for not being picky with what they eat, and quite often adult Komodo dragons wouldn’t think twice about eating juvenile ones.

So to counteract this threat, the young Komodo dragons move up trees and become nimble branch-climbing predators until they grow large enough to not be threatened by other dragons.

However, this doesn’t always work, so as an extra measure they make themselves as unappetizing as possible by rolling around in poop.

This makes them smell so bad even the most ravenous dragons can’t stomach them!

About halfway through his four-year term, the then-President Bush Sr. was gifted a male Komodo dragon by the name of Naga from the Indonesian government.

Despite the temptation to let him run amok in the Oval Office, Bush Sr. decided to donate him to the Cincinnati Zoo.

Naga lived until the ripe age of 24, and sired over 32 little baby Komodo dragons.

He was one of Cincinnati Zoo’s top attractions getting a million visitors a year – and he even went on tour as a conservation officer in 1995!

11 of which were viable for hatching – after living in captivity alone and never coming into contact with a male Komodo dragon.

This is because of something called “parthenogenesis” and it works something like this: with no males around, and in lieu of sperm, certain egg cells fertilize each other meaning an embryo is created and Komodo dragons can experience “virgin births”.

Komodo dragons are actually quite speedy.

Despite being huge beasts weighing up to 198 lbs and 10ft in length, Komodo dragons can run at speeds up to 13 mph (20 km/h) when sprinting.

This is something they use quite often when hunting in the wild. They will stalk up to their prey slowly, or lie in wait for passing animals, then burst forward at them in a sharp sprint.

All it takes is one bite from the Komodo dragon and it can wait for its prey to succumb to the venom.

Then all that’s left is for the Komodo dragon to use its incredible sense of smell to track down the carcass – albeit before other Komodo dragons get to it!

Komodo dragons have only killed 4 people since the 1970’s.

Despite their bad rep as vicious man-eating beasts, Komodo dragons are responsible for hardly any fatalities at all. Mortal encounters were documented in 1974, 2000, 2007 and 2009.

The last Komodo dragon fatality occurred in 2009 when a man fell from an apple tree and was passed out below it.

Two Komodo dragons mauled the unconscious man before people nearby intervened. Although the man was rushed to hospital, he later died from his wounds.

However it is no myth that Komodo dragons will dig up and eat buried human bodies.

Therefore the natives who share their lands with the Komodo dragons tend to pile rocks over the burial sites of loved ones to deter hungry grave-robbing dragons.

Still though, you’re more likely to die from a risky selfie, choking on a peanut, or drowning in the bath than you are from a Komodo dragon attack!

Whilst they may be very fearsome to look at, these apex predators have been known to be very playful in captivity.

Captive specimens have been seen playing with everyday objects like shoes and shovels, or toys like Frisbees and ropes!

A study was conducted on a captive Komodo dragon called Kraken at the Smithsonian National Zoological Park after it started acting weird towards zoo workers.

She was observed tugging at shoe laces with her teeth, or gently pulling objects out of peoples’ pockets.

The zoo keepers decided to introduce items into her enclosure, like boxes, blankets, shoes and Frisbees – she also liked to play tug of war with her keepers!

The behavior observed in Kraken was interpreted as play due to the way in she showed no aggression and didn’t do it for a food reward.

She was also able to learn commands, such as walking to a keeper when whistled, and understanding it was food time when she saw a keeper wearing bright colored gloves.

So there you have it, the top ten facts about Komodo dragons. Not only are they very intelligent apex predators, but they’re also fun-loving lizards!

Hope you’ve enjoyed this one; let us know what your favorite fact was down in the comments!

Previous Article The Fascinating Origins of the Word "Boycott" Next Article What’s The Difference Between an Avenue, Street & Road? 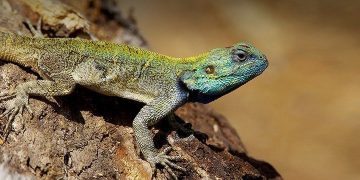 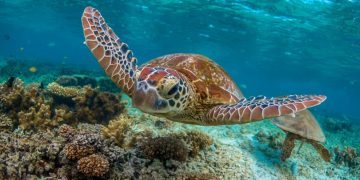 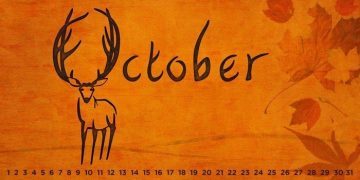 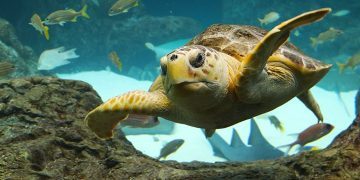 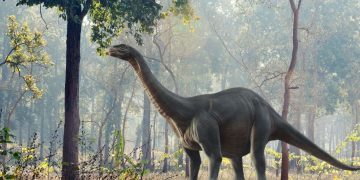