If you are looking for a coffee and donut, then the first place that often comes to mind is Dunkin’ Donuts!

The famous franchise supplies a selection of delicious donuts and coffee lovers around the globe with their famous coffee.

But who started this much-loved coffee house, and how long have they been serving donuts for?

Here are seven delicious facts about Dunkin’ Donuts that you should know.

Dunkin’ Donuts was not the shop’s first name. 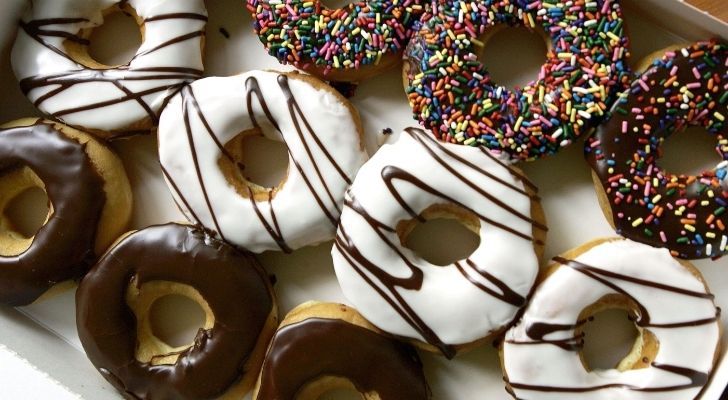 The first Dunkin’ Donuts store was opened in 1948 in Quincy, Massachusetts, by William Rosenburg.

Back then, it was known as “Open Kettle,” but in 1950, he changed the name to the famous Dunkin’ Donuts.

It is said that the reason for the name change was to sell more donuts as Rosenburg noticed people loved to dunk their donuts in coffee!

As starting out as a coffee house where you could get a donut on the side, the focus changed to be all about the donuts.

All Dunkin’ Donuts franchises use the same original coffee blend that Rosenburg created. 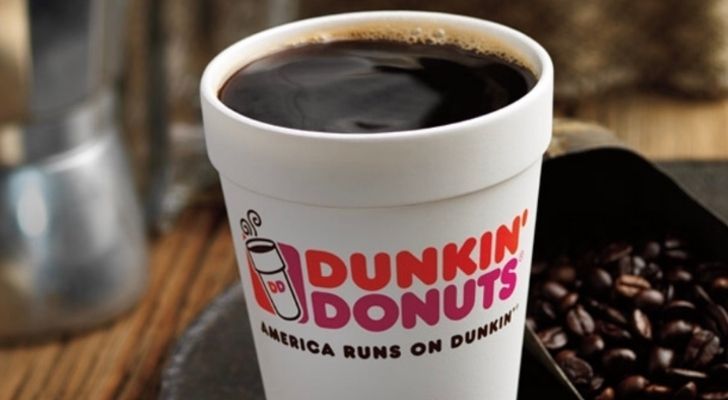 Rosenburg loved his coffee so much that he tried a cup of coffee every morning to make sure that what was being served was up to standard.

He made it his mission to serve the best coffee around, which could only be done with testing and passion.

Rosenburg started the coffee and donut shop after working for a lunch delivery company for many years.

He noticed that coffee and coffee snacks were the most profitable, which sparked his mission in opening “Open Kettle.”

Through this, he could personally blend and focus on great-tasting coffee. He also offered 52 different flavored donuts, unlike most cafes that offered around five.

This tradition and passion have lived on and across franchises, and the original blend is still used and tested daily.

An average of 30 cups of coffee are sold per second. 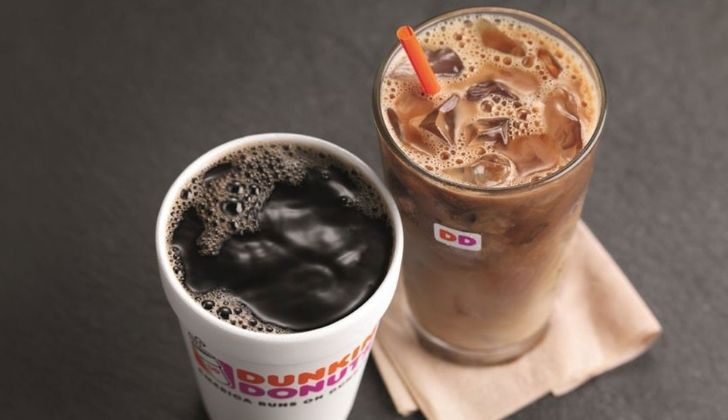 That is a lot of coffee to account for, so on average, more than 30 cups of coffee are served every second across their locations.

There are around 200 taste testers per day, checking that the coffee is up to standard.

The taste testers and coffee-drinking customers drink around 1.7 billion cups of coffee in a year.

That is a lot of single-use cups! So in 2019, Dunkin’ Donuts started to use paper cups to serve their coffee, and they even sell a reusable travel mug to help reduce their waste. 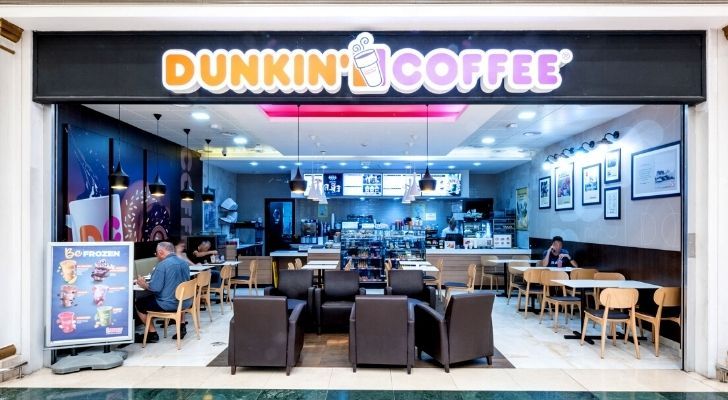 If you have been to Barcelona in Spain, you might have noticed that the same Dunkin’ Donuts brand is called something different!

This name change is because when Dunkin’ Donuts wanted to open their first store in Spain, Spanish bakery chain Panrico had trademarked the name “Donuts.”

The joint venture was originally set up so that 50% of the shareholders were Spanish to keep to company local, but in 2007 Dunkin’ Donuts bought out Panrico’s 50% share and rebranded into Dunkin’ Coffee.

The brand has taken off in Spain with a total of 59 stores as of 2017, most of which are in Madrid, Barcelona, and Malaga.

The stores even have their own slogan, “Juntos es Mejor,” which means together is better.

You can get married at Dunkin’ Donuts! 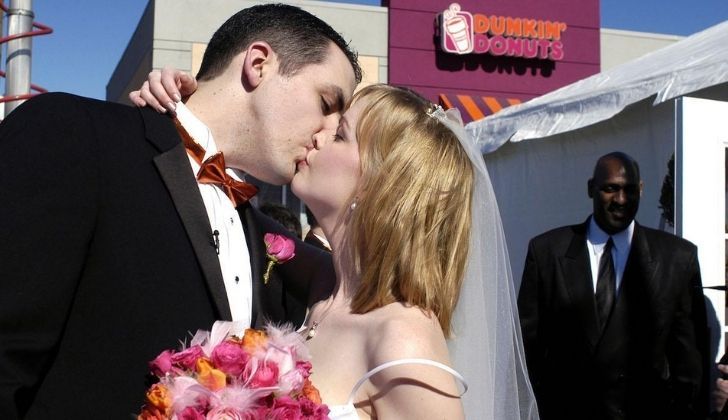 There have been a few love stories that revolved around Dunkin’ Donuts, breakups, and even marriages.

In 2010 a couple from New Jersey decided to tie the knot in their local Dunkin’ Donuts as it was a special place to them.

They sometimes visited twice in the same evening when they were dating, so it was a meaningful place for them to say “I do.”

On Friday, December 27, 2019, a couple who had once broken up at their local Dunkin’ Donuts decided to get married in the same spot!

They found their paths crossed 25 years later, and they decided to get married at their memorable Dunkin’ Donuts in Worcester, Massachusetts.

The franchise even sponsored a contest in 2004 where the two winning couples would win an all-expenses-paid wedding at their local Dunkin’ Donuts!

South Korea has the most Dunkin’ Donuts franchises in the world. 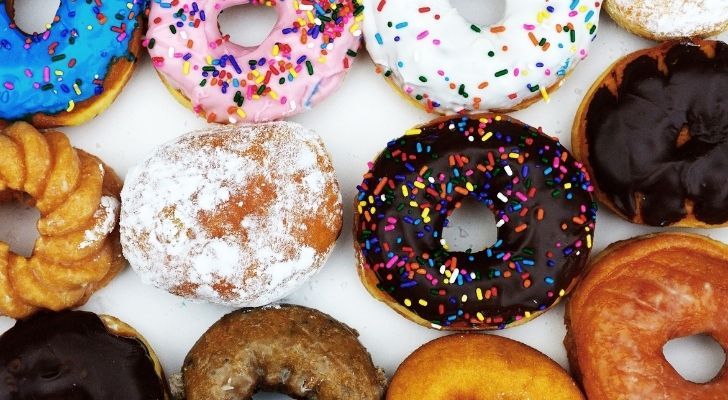 Dunkin’ Donuts is a staple for South Korea and one of the top spots to hang out after dark.

The country is also home to Dunkin’ Donuts’ only coffee roasting plant outside of the US.

From mango to pork, Dunkin’ offers many flavored donuts. 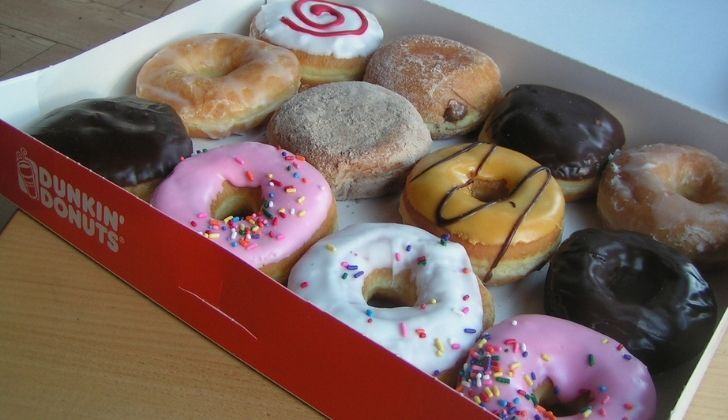 Dunkin’ Donuts is loved for its colorful collections of delicious donuts, but did you know that some unique flavors are offered across the world?

In China, the Pork Floss donut is a popular donut choice. The meaty delight is covered in dried pork flakes and is sometimes even served with dried seaweed too.

A sweeter option in China is the Mango Pudding donut; this delightful donut is dipped in a mango pudding.

Another sweet and savory donut that is served in Indonesia is the Black Cheese Donut. This is a chocolate frosted donut that is then rolled in vanilla cream and then grated parmesan.

If you are a coffee lover, then you can appreciate the dedication and passion that first went into setting up what is now Dunkin’ Donuts.

Although it has grown into the global company it is now, it still cherishes its roots and makes sure to serve the best coffee around.