Bethany Rollinson
5 Minutes Read
Updated: June 17, 2021
The cassowary bird is famed for attacking people, but most attacks happen when we stop feeding them!

Did you know the third largest bird to currently walk our Earth is the cassowary?

What makes the cassowary so scary?

They’re also the most dangerous bird in the world!

These abilities and the size of the bird make it very good at fighting.

Their middle claw can be up to twelve centimeters (4.75″) long which is therefore used in fights as a dagger-like weapon.

The cassowary bird is flightless, much like the ostrich and penguin.

There are currently three species of cassowary and the bird is related to the emu and the ostrich.

The cassowary has black feathers and is often compared to looking similar to a turkey.

The bird has a casque which is a tall feather on the top of its head.

Cassowaries have large front-facing eyes which enable them to have very good eyesight.

They also have very good hearing that has specially adapted to be able to hear the low-frequency calling of other cassowaries.

They make a low-frequency rumbling and booming noise the cassowary makes the lowest sounding pitch out of any other birds.

The attack of the cassowary!

Over 200 attacks on humans are reported every year.

However, the last death by a cassowary was in 1926 when 16-year-old Phillip McClean got an injury to the throat after running from a cassowary and then he fell to the ground.

The cause of this attack was self-defense.

Most cassowaries will not attack unless they are provoked and feel threatened.

They have been known to attack when expecting to be given food.

Most of the time, however, it is simply when humans attempt to get too close and the bird feels threatened and therefore feels it needs to use self-defense.

Many humans who work with cassowaries or protecting them believe the birds to be very peaceful animals who just want their own space and to be respected.

Cassowaries have also been known to attack dogs unprovoked.

They have even broken down a few doors and windows by pecking them with their beak.

Too many incidents lead to studies.

Christopher Kofron completed a study in 1999 on 221 cases of cassowary attacks. 7 of those attacks were territorial attacks with humans, 32 were defensive with the cassowary protecting eggs or chicks.

A huge 109 attacks were because humans had given the cassowaries food and then when this was stopped the cassowary became agitated.

The cassowary’s location and habitat.

The cassowary can be found in New Guinea and northeastern parts of Australia.

The cassowary plays a huge part in the rainforests in north Australia. It helps to spread seeds for the plants.

They are fruit-eating birds; therefore, some seeds pass through them undigested and they can help to germinate the rainforests.

These seeds are sometimes moved up to half a mile.

This is a great advantage to the plants and trees in the area.

Some of these trees have large fruits that other animals cannot carry so to some of the trees the cassowary is its lifeline.

The bird does supplement its diet with small animals, insects, and frogs.

Cassowaries live long lives. They generally live twelve to nineteen years in the wild and up to fifty in captivity.

The females are larger and generally stronger than the males.

However, the females are not the ones to look and rear the young.

Much like a penguin, the male incubates the egg for up to fifty days.

They then look after the chick for up to nine months after it is born.

The cassowary in Australia is listed as endangered. It is estimated that there are up to 2,000 left.

The cassowary originally had no natural predators in the area.

However, as humans have settled nearby dogs and cats often kill their young, nearby roads with passing cars have run over quite a few of these birds.

The cassowaries numbers of dwindling and due to the fact cassowaries are solitary birds it is hard for people to be able to estimate to a correct degree the number of cassowaries left in the wild, and therefore how endangered they are.

Additionally, rainforests are also being cut down due to timber, banana, and other plantations.

This does not help the bird as it is losing its habitat.

What’s in a name?

You may be wondering how the cassowary bird got given its unusual name. there are currently two explanations for this.

One explanation is that it is based on the French word ‘casque’ which means helmet.

The second explanation is that it comes from the Papuan language, ‘kasu’ meaning horned and ‘weri’ meaning head.

Since the birds come from Papua New Guinea it seems more likely for the second explanation to be true.

There are lots of discussions as to whether the cassowary is related to the dinosaur.

It has a very similar body shape, such as the casque on its head, it has scaly legs and is brightly colored.

It is probable that the cassowary was related to the dinosaurs however scientists are skeptical to say any modern animal is a dinosaur.

The cassowary is a very under-rated bird. It is a beautiful peace loving bird whose home and life are being taken away from them by human activity.

Is it really the world’s most dangerous bird? 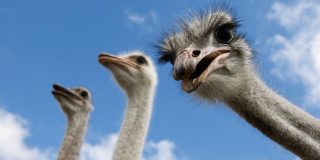 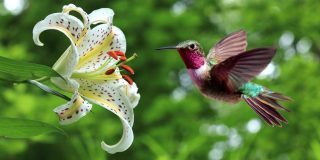 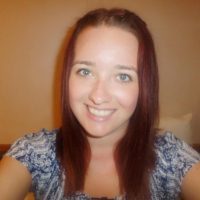 Bethany is currently studying towards a history degree while working in a toy shop! She lives in the historic town of Colchester, Essex with her partner. She loves learning new facts & writing about animals.