10 Historical Facts About The Ancient Egyptians

Becca Marsh
6 Minutes Read
Updated: March 17, 2021
Did you know that the ancient Egyptians were some of the first people to mummify the dead? The whole process took around 70 days. 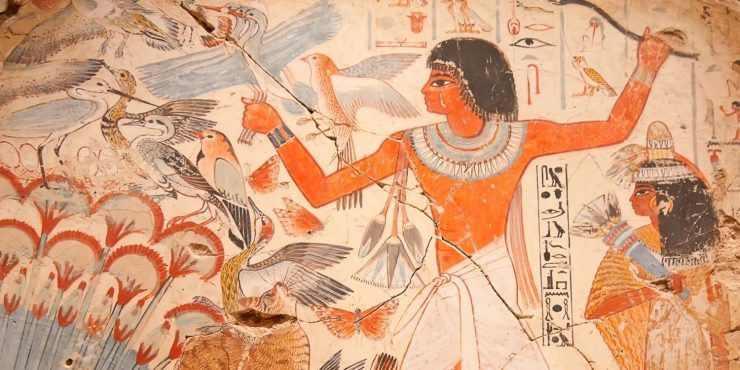 The Ancient Egyptians were a fascinating race, with mysterious mummies to worshipping cats.

After all these years we are still unearthing hidden secrets about this culture today.

The Ancient Egyptians were cat crazy. 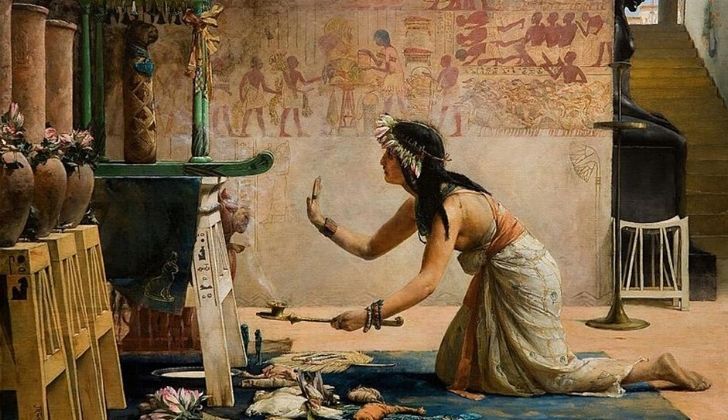 Yes they were! In Ancient Egypt animals were very important and quite often worshipped.

The most highly respected of them all being the cat.

The Ancient Egyptians believed that animals were incarnations of the gods so it was popular to keep animals as pets.

The most popular being cats but also dogs, hawks, lions and baboons were kept at home.

If you were caught killing or injuring a cat in Ancient Egypt the penalties were high, usually resulting in death.

However the only time that this was an exception was if there was an overpopulation of cats and it needed reducing.

Cats would be offered as sacrifices to the gods and this would lower the population.

There was a goddess just for cats.

The Goddess Bastet, was the representation of this love for cats and she was depicted as half cat, half woman.

Egyptians were some of the first people to mummify their dead.

In Ancient Egypt, they believed that there was an afterlife and that the only way of reaching it safely was to follow a strict set of procedures to prepare a dead body.

The process took around 70 days.

When a body was being prepared for mummification, firstly the organs would have to be removed and placed into Canopic jars.

The next stage was to remove all moisture from the body.

To do this they covered the body in a powdered type of salt and let it rest for around 35-40 days, or until all the moisture was gone.

After cleaning all the remaining salt off, the body would have been stuffed with linen to plump it up again, and then it was ready for wrapping.

The wrapping process could take up to two weeks to complete and the family of the deceased was expected to gather around 4,000 square feet (372 square meters) of linen to wrap the body.

Once this was complete the mummy was put into its coffin and then taken to a tomb where it would rest.

Canopic jars were used to store the organs of the dead.

Canopic jars were used to place the organs of a body that was being mummified.

An organ was placed in each as a sign of respect to Horus, the God of the Sky.

The Ancient Egyptians believed that it would ensure that the dead would safely reach the afterlife.

There were 4 jars; each was named and represented one of Horus’s sons and each was decorated to identify which organs should go where.

The first jar was called “Imesty”, which had a human head carved into the lid. This jar was used for the liver.

The second jar was called “Qebehsenuf”, which had a falcon’s head carved on it and it carried the intestines of the deceased.

The third jar “Hapy”, depicted the head of a baboon, and was used to store the lungs.

The fourth canopic jar “Duamatef” had the head of a jackal and was used to carry the stomach.

The most famous Ancient Egyptian in the world is Tutankhamun.

The most famous Ancient Egyptian is the mummy of King Tutankhamun. His mummified body was discovered in the Valley of Kings, near Luxor in Egypt.

Howard Carter, alongside a team of British explorers and archeologists discovered the mummy of Tutankhamun.

Tutankhamun’s encasing was made entirely of gold and he was buried in the tomb alongside over 5,000 artifacts.

These would have been items gifted to the deceased King, to take with him to the afterlife.

The Rosetta Stone was the key to understanding Hieroglyphs. 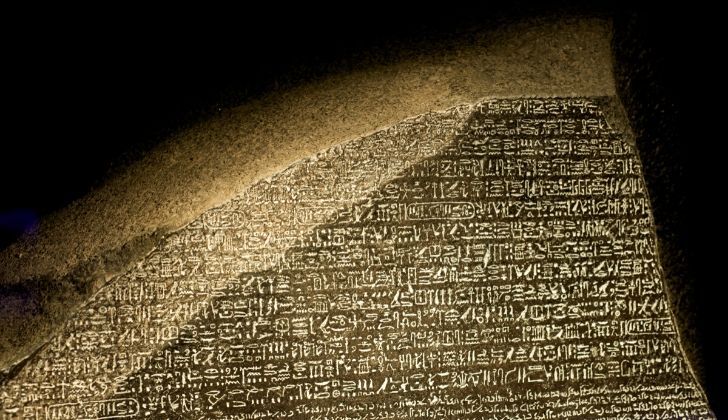 The Rosetta Stone was discovered in 1799 and was the key to understanding hieroglyphs and is on display at The British Museum in London.

It was created 196 BC and it is a segment of a decree issued in Memphis, Egypt that was carved onto the stone and written in 3 different languages.

The top and middle segments were written in Ancient Egyptian hieroglyphs and the bottom segment in Ancient Greek.

By having the Greek translation, it allowed researchers to crack the code of understanding hieroglyphs, which allowed us to understand more about the Ancient Egyptians.

The Egyptians were invested in their dental care and they were the creators of the first-ever recipe for making toothpaste.

It is believed that their food contained a lot of grit and sand, which would have been wearing on the enamel on their teeth, so experiments were carried out to improve their dental care.

Scribes that have been found throughout Ancient Egypt show recipes for toothpaste making.

They would use ingredients such as ashes, pumice, burnt eggshells and the powder of ox hooves to create toothpaste.

It wasn’t until the Roman Empire came about that items such as mint were added to give a better flavor!

The Egyptians loved to play board games. 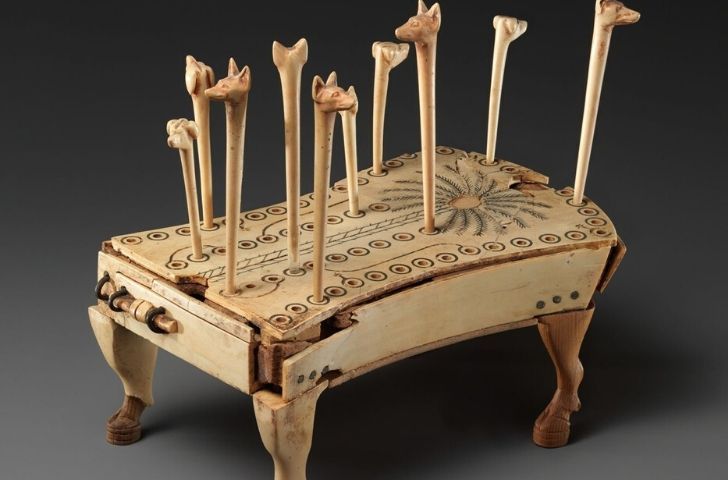 Everyone loves a good board game, but not as much as the Ancient Egyptians.

There were two very popular games played in Ancient Egypt, these were Senet and Mehen.

The Senet board game is thought to be around 5,000 years old and the title of the game in Egyptian translates to “game of passing”.

Mehen was another popular board game, but it had a round board. The word Mehen translates to “coiled one”, and the board resembles a coiled snake.

It was popular to bury either or both games with pharaohs in their tombs, so they had something to play in the afterlife.

Both men and women wore makeup. 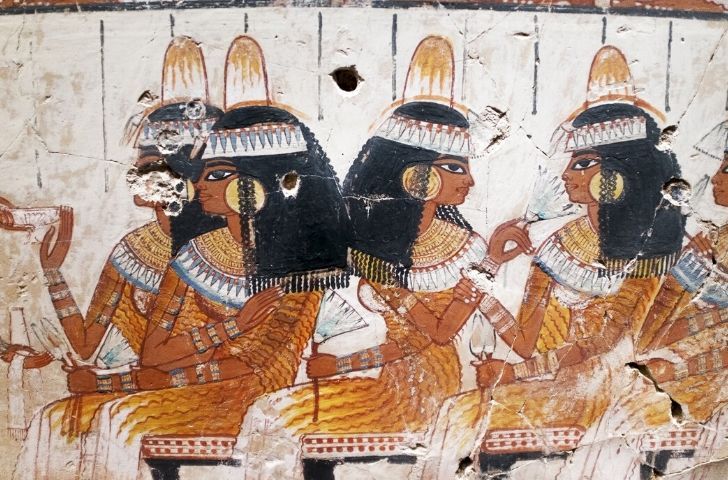 In Ancient Egypt both men and women wore makeup as they believed it gave them the protection of the Gods Horus and Ra.

To produce the makeup they would grind up ore elements such as malachite into a paste and then using tools made from bone or wood, they would apply it around their eyes, much like us using eyeliner today.

They believed that wearing makeup would give them powers.

Years later, research has shown that because the eyeliner would have been lead-based, this would have reduced the risk of eye infections.

Women had the same rights as men. 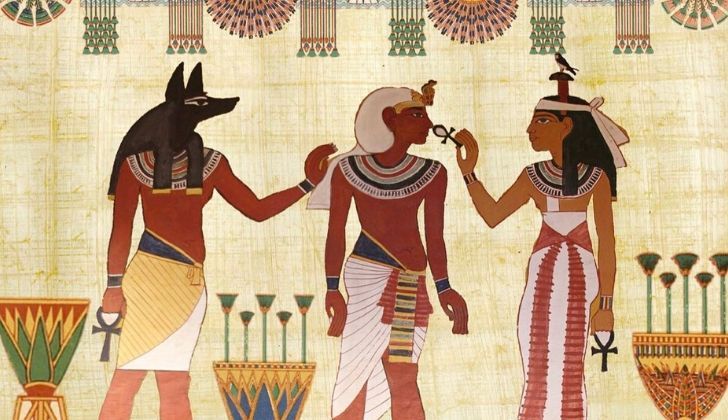 In Ancient Egypt women had similar rights to men, making them stand out from other communities around the world at the time.

Women were allowed to own property and in court, women were legally equal to men.

That being said, there were still some rules and exceptions in place.

Women were not allowed to have important roles within society unless they married into the position via their husbands or were related to families of power.

There were certain jobs that were considered to only be suitable for females, such as weaving, dancing, singing and becoming a professional mourner.

The Ancient Egyptians will always be a mystical race as we continue to discover more about their culture and worship of Gods.

So now you have more of a window into the life of Ancient Egyptians, why not find some friends and challenge them to a game of Mehen or Senet and see how they played games.

Previous Article What Causes An Earthquake? Next Article How Does Classical Music Affect The Brain? 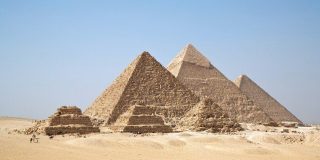 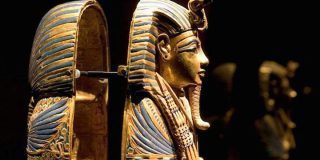 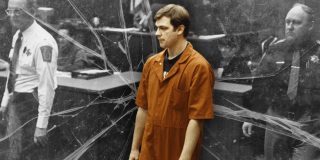