Adam and Eve are possibly one of the most well-known couples of all time and to some, they are considered the first humans to exist.

The bible tells of their tale from the creation of man on the sixth day to learning about sin, but do we know what happened to them after they were banished from the Garden of Eden?

The bible is full of hidden clues to the mysterious couple’s lives.

Here are 10 interesting facts about Adam and Eve that will leave you wanting to know more about the lives of these legendary characters.

Adam was named after the elements he was created from.

So in the Bible, it explains that God created the first man, who he called Adam, from mere dust.

There is some debate as to the meaning of the word or name ‘Adam’, but most commonly it means man or mankind.

It is closely related to a word in Hebrew which means dust, and the bible explains how God created the first man from dust.

The name chosen for man represents what he was; a human and also reflects the elements he was created from; dust.

The name Eve means to give life. 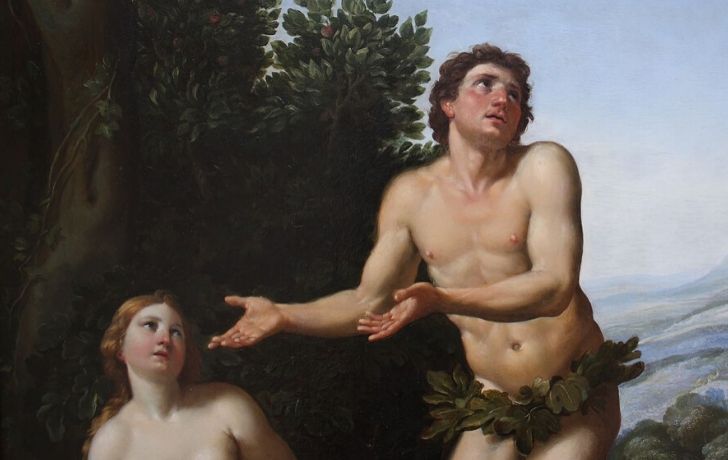 If you are familiar with the story of Adam and Eve then you will know that Eve was made from taking one of Adam’s rib bones.

This is where the word woman comes from, as Eve was created from Adam, a man.

She was given the name Eve, which is closely related to the name Eva in Latin which originated from the Hebrew name ‘Chavah’, which means living or to give life.

Amazingly the Bible explains that Adam lived until he was 930 years old.

This might seem quite unexpected as the average human lives for around 79 years, but according to the bible, this was his lifespan.

As this is near impossible, it is debated whether this is literal or symbolic, as it could be perceived as his spirit lived on for 930 years rather than him as a physical being.

The forbidden fruit might not have been an apple.

In the story of Adam and Eve, it says that a forbidden “fruit” was picked by Eve from the tree of knowledge of good and evil.

But in recent years it has become known that Eve picked specifically an apple from the tree.

A reason for this could be that the Latin word for evil is “malum” but it is also the same word as apple.

A Latin translation which appeared in the fourth century AD, first used the word “malum” when describing the tree of knowledge of good and evil.

It is thought that from this point on people saw the translation meaning evil or apple and then blended the two and associated the evil fruit with being an apple.

The story of Adam and Eve is different across the world.

Although the story of Adam and Eve tells the tale of eating the forbidden fruit and therefore being exiled from the Garden of Eden, stories of their life up until death vary across countries.

Ancient versions of the story of Adam and Eve include the Greek Apocalypse of Moses, in Georgian the Book of Adam, the Slavonic life of Adam and the Armenia Penitence of Adam.

These are known as primary Adam literature, which defines them as original texts and separates them from similar related texts.

They all have similar key points within the story but they are all unique and creative with the tale.

All the texts relate to Christian teachings but they all differ in their wording of the story and the length of the text. 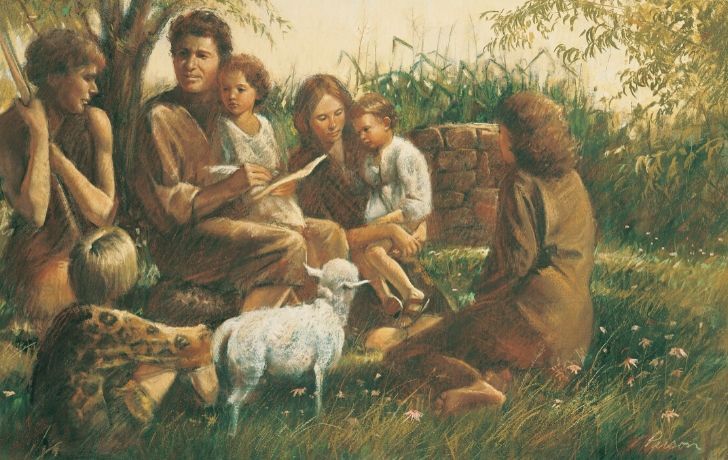 It is said that Adam had 6 children with Eve once they left the Garden of Eden, they were called Seth, Cain, Abel, Azura, Awan and Luluwa.

Four of which were sons and two were daughters.

In some accounts of the life of Adam and Eve, it is said that they had many children, with Adam having 30 sons and 30 daughters.

It was mankind’s choice to eat the forbidden fruit.

According to the story, Adam being the first human contained the souls of every human being to come after him.

That means that when he had the choice to eat the forbidden fruit, there could have been an influence in his decision from all the souls he contained.

If that is the case then all 7.5 billion of us today, had an influence on how our world has developed today.

Adam and Eve ate the forbidden fruit on purpose.

Known as “the fall of man”, it is sometimes debated that eating the fruit was a mistake.

The reason being, why would you want to risk being exiled from the Garden of Eden?

But it is suggested that life for Adam and Eve, although almost perfect it was not challenging.

There was nothing bad, no war, no illness so how were Adam and Eve able to learn and progress as the human race?

The reasons why they ate the fruit vary across cultures, with the most common being the temptation from the snake.

Perhaps it was a lesson that had to be learned in order for humanity to progress.

Both Adam and Eve are saints.

They are both recognized as saints and on December 24th every year a feast is held in their celebration.

It has been celebrated since the Middle Ages across Europe including Scandinavian nations.

That date was chosen specifically as it lies the day before Christmas, the celebration of the birth of Jesus Christ.

The day is to honor and remember Adam and Eve as the creators of mankind.

It is unknown when Eve died.

Although across many texts it explains that Adam lived until he was 930, many texts don’t mention Eve.

It is said that they had their third son when Adam was 130 years old, so you would assume Eve to be the same age as they were both created on the same day.

Many texts explain that they both became old and eventually died from old age and from a tiresome life, but there is still no specific age put to Eve.

The story of Adam and Eve will be shared with future generations as the story for how mankind was created.

Although there are scientific oppositions to the creation of the world and mankind the story is a loved tale of temptation and the consequences that must be faced once you have sinned.