The star fruit, also known as the carambola, is a beautiful funky-looking fruit.

With its brightly yellow colored ridges, the fruit resembles a star shape.

Have you tried the star fruit?

Here are seven juicy facts all about them. 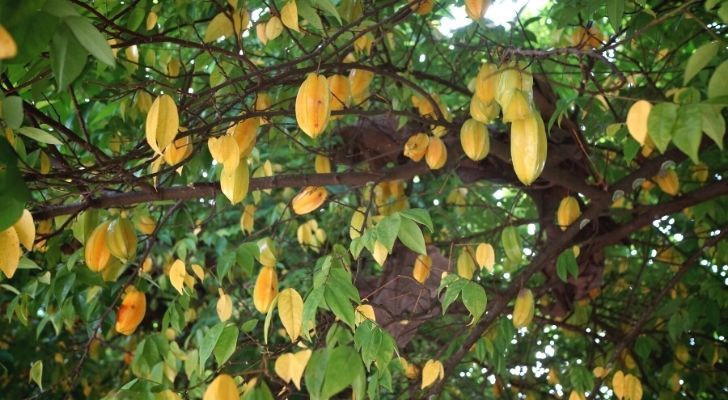 The beautiful fruit is grown from the Averrhoa carambola tree, which is native to Sri Lanka and Southeast Asia.

The tree is mostly found in tropical areas across the regions, but it can also be found in the South Pacific, Micronesia, and the Caribbean.

Star fruit trees look more like a bush, with a short thick trunk; the tree can grow as wide as it can tall.

They start to produce fruit after three to four years and live for around 40 years in the wild.

It is named after its shape. 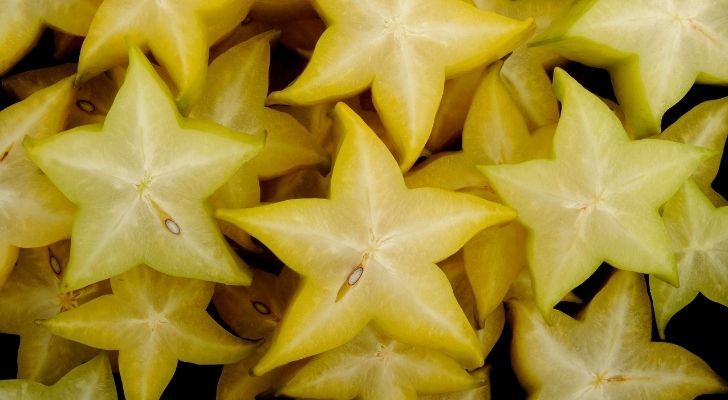 Although the fruit’s official name is carambola or birambi, it’s most commonly known as star fruit.

The fruit is an oblong shape with five ridges, but it looks like a star when cut on the cross-section.

Star fruit is light green or often a yellow color which adds to the popular nickname.

Star fruit is used in medicine. 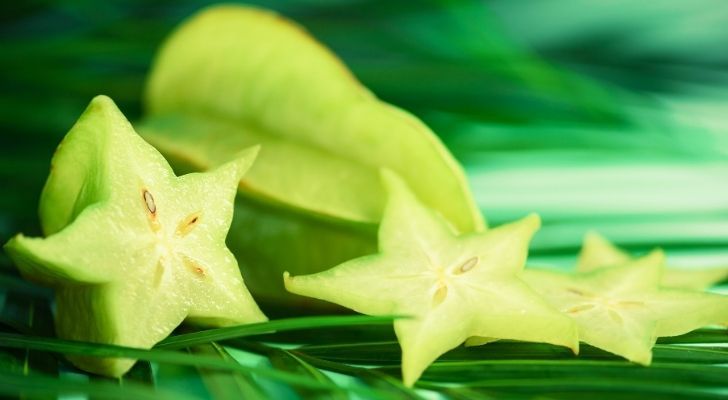 Star fruit is quite often found within Traditional Chinese Medicine and Ayurvedic medicine, which comes from the roots of traditional Indian medicine.

The fruit can aid the process of illuminating unwanted water in the body.

It is believed that star fruit can help with fevers, coughs, skin inflammation, diarrhea, and jaundice.

The roots and leaves of the star fruit tree are often used as a treatment for ringworm infections, chickenpox, and headaches.

Star fruit is also used as a preventative to cardiovascular disorders and some types of cancer because it contains certain elements that prevent the development of these illnesses.

Star fruit is rich in nutrients. 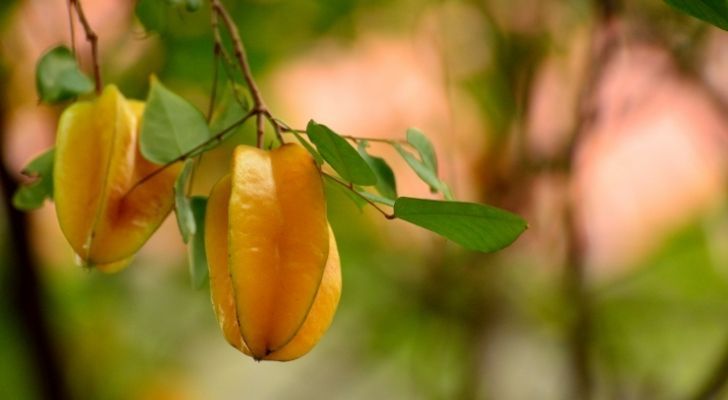 It is full of good things! Star fruits contain vitamins B2, B6, B9, and vitamin C.

They also contain minerals such as zinc, iron, phosphorus, and potassium.

As well as these, you will find magnesium, potassium, folate, protein, and fiber all squeezed into the cute fruit.

From one medium-sized star fruit weighing around 3.21 ounces (91 grams), you will find roughly 28-30 calories per fruit, making it very healthy.

Eating star fruit is dangerous for some people. 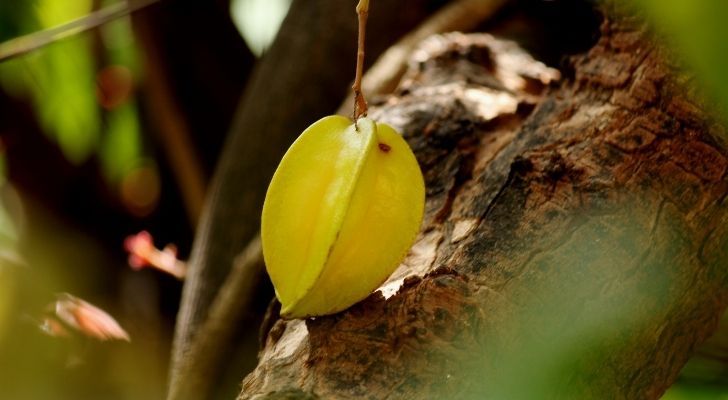 For most people, eating star fruit is ok, but for some, it can be harmful.

It is advised for anyone who suffers from renal problems such as kidney disease should avoid the fruit.

This is because it contains oxalic acid, which can cause kidney stones.

It also contains a neurotoxin that, although can be digested by a healthy person, can’t be digested by someone with kidney disease and, as a result, stays in the body and causes serious illness.

As little as 3.52 oz (100ml) of star fruit juice could kill someone suffering from renal problems.

This is also known as star fruit poisoning, which can show the following symptoms; hiccups, mental confusion, seizures, and in some cases, death.

You should not eat star fruit if you are taking medicine. 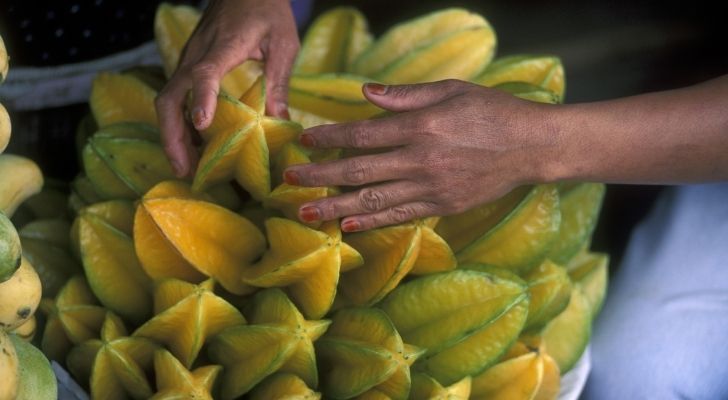 Most of the time, we are encouraged to eat fruits and vegetables when we are sick as they are full of good healthy properties that will aid us back to health.

Star fruit, however, is best avoided when you are taking medication, much like grapefruit.

The fruit contains activity from the CYP3A4 enzyme, which can affect metabolism and means that the breakdown of medication could be affected if you eat this fruit.

It is safer to avoid eating it as you might find you end up sicker than before due to the disruption.

There are two main varieties of star fruit. 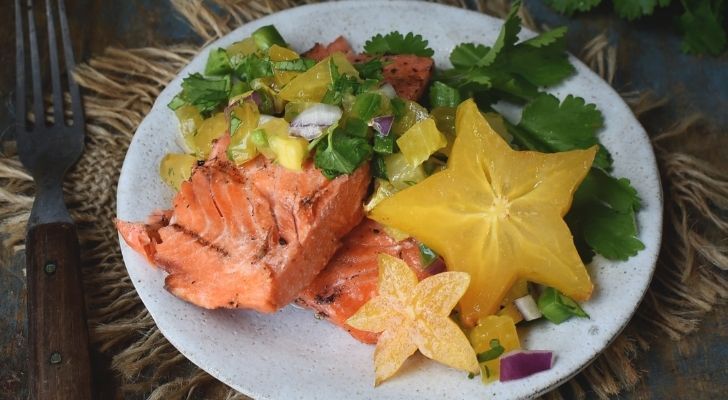 There two types of star fruit, sweet and tart.

Often the tart star-fruits will be used to prepare savory dishes like stews and curries, and the fruit complements dishes with poultry and fish.

The sweet variety is more likely what you might find in the supermarkets in the USA, and this is normally eaten by itself.

If you haven’t tried one of these juicy star-shaped fruits and you are healthy, then why not give it a go.

The crisp yellow fruit has become a popular antioxidant and has many health benefits when eaten regularly.