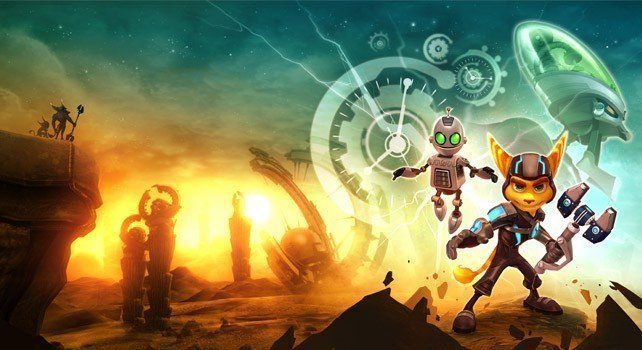 Ratchet and Clank are two of the most critically acclaimed gaming teams of the 21st Century, alongside rival games Jak and Daxter.

Bursting onto the single player platform gaming scene in 2002, the Insomniac gaming company brought us an unlikely mechanic and his robot sidekick, all in the science fiction genre.

Sony Computer Entertainment America and Insomniac are the people to thank for hours of gaming pleasure.

Ratchet and Clank emerged on the scene in their debut game, entitled Ratchet & Clank.

In this adventure, Ratchet, a Lombax mechanic finds a battered robot on his home planet of Veldin.

He names him Clank, and learns that he is a ‘malfunctioned’ robot who escaped his assembly line.

Clank reveals that Chairman Drek of the Blarg race is planning on building a new planet to live on, but must inevitably destroy other planets which he doesn’t care about.

Clank believes that only the superhero Captain Qwark can save them, and the two set off to find him, and save the world, at the same time.

Ratchet & Clank 2: Locked and Loaded continues where the first game left off, with the heroic pair becoming celebrities.

They are abducted by Abercrombie Fizzwidget, the owner and creator of Megacorp to retrieve an experiment, which later turns out to be a deadly pet.

Fizzwidget, who is disgraced hero Captain Qwark in disguise, planned on releasing the ‘Protopet’ as it was known, and saving the world from its destruction, making him a hero once more.

In Ratchet & Clank 3: Up Your Arsenal, Ratchet’s home planet of Veldin comes under attack from a new villain; Dr Nefarious, a robotic mad scientist, who hates ‘squishes’ like Ratchet.

Ratchet and Clank must find the illusive Captain Qwark once more, and with him, help bring down the mad robot, who plans to turn all the citizens of the planets into robots, to destroy all organic life forms.

The game series continues to bloom with an arcade style fighting game known as Ratchet: Gladiator, in which Ratchet, Clank and their friend Al, are captured and forced to fight and complete challenges in arenas by the new villain, Gleeman Vox.

This is the first of the games to introduce the multiplayer feature.

The PS3 introduced a Future Trilogy, in which the player learns more about Ratchet’s origins, and is subject to the theme of time travel and new pirate themes.

Each game continues from the last and follows Ratchet as he tries to save the world (again) and rescue his friend Clank.

In all of these games, Ratchet uses his trusty OmniWrench 8000, but he must also buy weapons, such as guns and bomb gloves.

The first game does not let you upgrade – this system was released in the sequel, and was a constant pattern in the games to come.

To buy his weapons, Ratchet must collect bolts, which is the form of currency.

Bolts are found scattered in locations, and are stored in breakable crates. They are also released when enemies are killed. 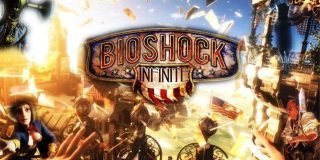 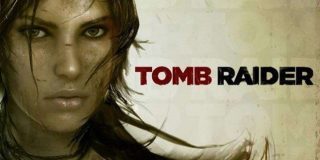 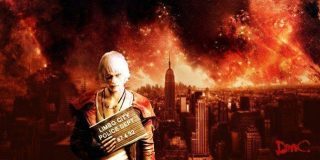