If you have been to a party or just been celebrating with friends, there is nothing worse than having a hangover the next day.

Although there aren’t any scientifically proven ways to cure a hangover, there are a lot of remedies out there that help, and these can vary dramatically around the world.

Throughout history the hangover has been around as long as alcohol, so what do people do to help cure this unwanted suffering?

Here are 10 crazy ways from around the world to cure a hangover.

Hair of the dog.

It’s quite common across most cultures to cure a hangover with a “hair of the dog” drink.

The saying means drinking an alcoholic beverage the morning after a night out, or before the hangover is kicking in.

In Danish they have their own word, “Reparations Bajer”, which means “repair beer”.

The theory is that by having another drink, it will make you feel better, and although you might feel a little better, you are in fact just prolonging your hangover.

An example of a hair of the dog type drink can be seen within Namibian culture. Their cure for a hangover is called Buffalos Milk.

Although it doesn’t actually contain any buffalo milk, it is believed that the mix will save you from a hangover.

The theory is that the cream will help settle a hung-over stomach and the alcohol will get you through the rest of the day. 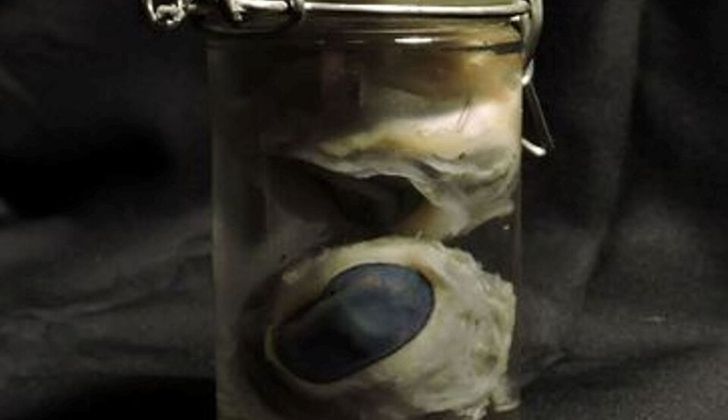 You might think that this sounds totally gross and you must be crazy to want to try either on a hangover stomach, but in Mongolia is the go-to hangover cure.

After a heavy night of drinking, it is common in Mongolian culture to cure your hangover with a glass of tomato juice, topped with a pickled sheep eye.

It is said though that tomato juice is the real cure here and the eye is more for decoration as there is no evidence to suggest that a pickled eye could be the answer.

Another animal-related cure is the horn of a rhino.

Sadly in Vietnam, it is believed that a rhino horn that has been soaked in water is the best cure for a hangover and can supposedly even cure cancer.

There is no solid evidence to suggest this is true and this is not your everyday cure, as one horn could sell for up to $300,000 USD.

Don’t get in a pickle.

Many people believe that pickled food and even pickle juice will cure a hangover.

The fermented goods carry nutrients and salts needed to restore the body back to a healthy level.

It is quite common across cultures that something pickled will help a hangover.

In Japan, the umeboshi (which is a pickled plum) is eaten.

Due to its bitterness it is often placed into a green tea to help get it down.

In Poland, it is common to just drink the pickle juice.

Often pickles will act as a chaser to vodka, so after a heavy night, you are left with a full jar of pickle juice, ready to down as soon as you wake up.

The German pickled hangover delight consists of a pickled herring, which is then wrapped around pickled onions and cucumber.

They even have a word for this hangover delight which is katerfrühstück. Sometimes it will come with a beer on the side.

It is scientifically proven that anything containing high salt levels will help because alcohol can cause dehydration and the electrolytes in your body need to be restored.

You may be feeling fragile when you are hung-over and the thought of movement is daunting, but in some countries, this is the suggested cure. You’ve just got to sweat it out.

In Russia having an afternoon in the sauna is the best-suggested cure for a hangover, with the sweat it out mentality.

Although it does help by getting rid of toxins and impurities, it could lead to severe dehydration which is not a good idea when your body is most likely dehydrated from too much alcohol.

So you must remember to drink lots of water whilst in the sauna.

The Irish would suggest going for a run to sweat it out this is similar to the thought process of the Russians, but involving a lot more work! 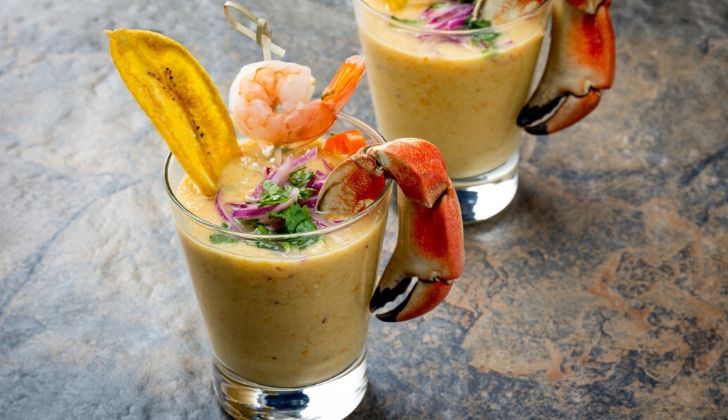 Now, this isn’t actually tiger’s milk, it is just the name used by the Peruvians to describe their hangover drink.

The name couldn’t be any less relevant, as the drink is made up of raw fish.

The lemony, fish-infused juice that is leftover from making ceviche, is used as the base to this powerful hangover cure.

This is the liquid known as tigers milk or Leche de Tigre in Peruvian, and sometimes you will find some raw seafood added to garnish.

That’s right; although the thought might make you feel sick, apparently eating the intestines of an animal can rid you of your hangover.

This is a traditional theory in many cultures and it can be served in many forms.

In Turkey the Kokorec, made from lamb intestines is a local favorite hangover cure.

The lamb intestine is rolled with curry spices into a sausage-like shape and grilled.

It is most commonly found in Istanbul.

If you have ever been to Mexico and had one too many types of tequila then you would have come across Menudo.

Menudo is a local cure for an unpleasant hangover, made from a cow’s stomach.

The stewed tripe is boiled alongside spices in a chili-pepper broth.

In South Africa a common hangover cure is an omelet, but not just any omelet, specifically an ostrich egg omelet.

Protein is one of the best cures for a hangover as it helps the body have the strength to heal, so why not have one of the biggest eggs on Earth.

One ostrich egg is the equivalent to eating around 24 regular chicken eggs!

This might sound like a lot, seeing as it weighs around 3.3 pounds (1.5 kg) and you have the challenge of finding a frying pan big enough to fit it all in, but the South Africans claim it is the best cure. 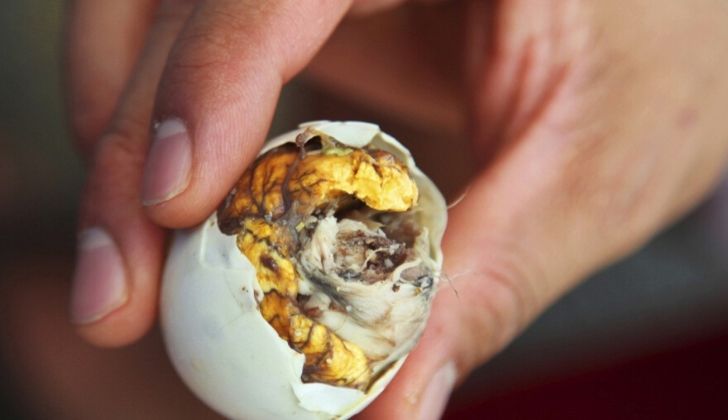 In the Philippines this is a popular hangover cure, alongside other remedies like soups.

Balut is a common street food dish, which is typically a boiled duck egg that has a developing bird embryo inside.

The fertilized egg is usually incubated for around 14-20 days depending on the region and is then boiled.

The egg will be eaten whole, with salt or chili and is a high source of protein and calcium.

It is said that if you eat one of these when you are hung-over then you will be cured, and theoretically the boost in protein and calcium will help your body recover.

This might be a hangover cure, but the thought of eating it might not help you keep it down! 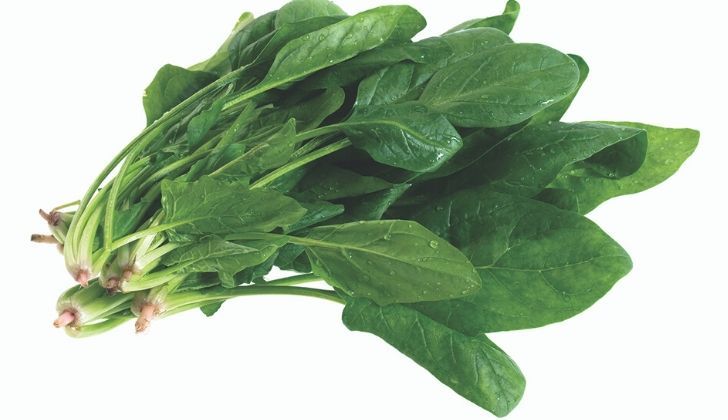 That is somewhat true, we, like plants, need sunlight for vitamins, we need water to survive and sometimes a little bit of chlorophyll can help us humans too.

This might sound totally crazy but chlorophyll, the pigment found in plants to help them absorb energy from the sun, also known as the process of photosynthesis, can cure a hangover.

You may wonder how we can find chlorophyll, but there is a synthetic version called chlorophyllin, which is now made into capsules to help with gas and constipation issues.

So by having a supplement or two with a hangover, you could be curing yourself of the inside out.

An alternative to this is milk thistle which is a natural treatment used for liver problems, so if you have some of this when you are hung-over, you might be helping your liver clear out all the toxins from last night’s alcohol consumption. 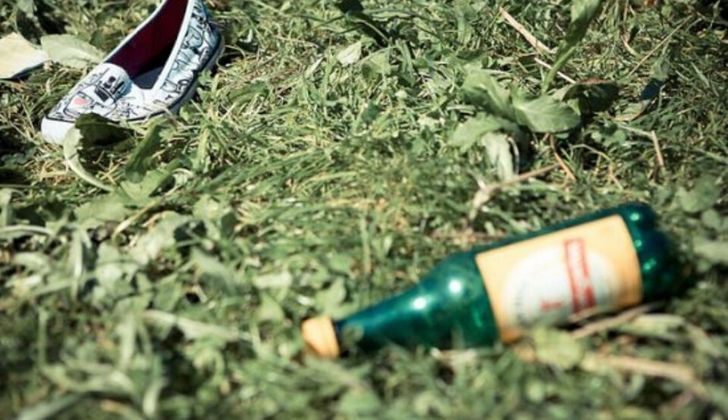 This is possibly the craziest method of curing a hangover ever, but in Haiti it is believed that voodoo can help.

The tradition of curing a hangover is to simply punish the bottle that caused you the pain.

Some Haitians believe that by sticking 13 pins into the cork of the bottle that caused you your hangover, it will relieve you of your pain.

There is no scientific evidence for this as a successful cure, but it might seem more appealing than eating sheep’s eyes or raw fish!

Although there are no scientifically proven methods to cure a hangover, there are certainly lots of ideas of what might help.

Methods of curing hangovers have come from experience, culture and myth and they will continue to evolve as we continue to drink.

There are many ways to prevent having a hangover, the most successful being by not drinking at all.

The curing of a hangover is different for each person and depends on what you drank the night before, but restoring liquids and electrolytes will help you on your way.

Finally, the best way to avoid a hangover is to drink responsibly.