Jack De Graaf
7 Minutes Read
Updated: June 1, 2021
Despite the fact that there are only 820,000 people living in Amsterdam, there are 1 million bikes in the city!

Whenever anybody asks me to recommend a place for a good city break my go-to answer is always Amsterdam – there’s something for everyone there and I’ve never known anybody to be disappointed by a trip there!

So I couldn’t turn down the chance to share some of the interesting things I know about my favorite city with you all, could I?!

Here are my 10 friendly facts about Amsterdam.

Due to the thick layer of fen and clay present in the soil of the city, all the city’s buildings were erected on wooden poles that are fixed into a sandy layer of the ground over 35 feet deep!

Normally, a house rests on about 10 wooden poles, but the bigger buildings sit on thousands of them.

Did you know that the Royal Palace sits on 13,659 wooden poles and the Amsterdam Centraal Station sits on over 9,000 poles?!

Amsterdam has only officially been the capital of the Netherlands since 1983.

Widely regarded prior to this as the economic and cultural “capital” of the Netherlands, Amsterdam was only officially recognized as the capital in the early 80s.

Before this, despite a lack of clarity on the country’s actual capital, Den Haag (The Hague) was considered to be the capital of the Netherlands as this is where the government resided (and still do to this day), making it the country’s hub of political power.

Amsterdam has city poets who will write and read a poem at your funeral.

If somebody dies in Amsterdam and is not claimed by any friends or relatives, then they will receive a burial from the state in Amsterdam.

For the unclaimed dead, a city poet is hired to find out as much as possible about the person, and they then write up a poem about them and recite it at their funeral.

This is a service that the Dutch government offers for anyone who dies and is left unclaimed in Amsterdam, not just Dutch citizens.

Amsterdam’s buildings are so narrow due to taxation reasons.

Back when the city was being rapidly built up, the powers that be realized that, due to the premium value of house frontage on the canals and streets, they should tax house size on the width of the front, or façade.

Because of this, the gorgeous old buildings you see lined up on the canal – and street-fronts of Amsterdam are particularly thin and tall.

What you don’t tend to see is that these houses often get wider the further back they get, as well as being very long.

The smallest house façade in the entire world is in Amsterdam at Het Singel 7.

It is only 3.5 feet wide and is barely wider than the house’s front door!

Many of the houses have smaller windows at their top, which gives the optical illusion of the house being taller – which acted as a status symbol of wealth back in the day.

For those eagle-eyed observers, you will also notice how many of the thin canal-front houses have hooks at their tops.

These hooks were fitted to the tops of houses so that large and bulky items could be winched into the house’s upper floors rather than carrying them up the narrow, steep, and winding stairways!

Saint Andrew was a fisherman who was tortured and crucified on an “X” cross in the First Century BC.

The symbol has been used to represent Amsterdam since 1505 when Amsterdam was still a little fishing town.

The motto often displayed underneath the three crosses says “Heroic, Determined and Merciful”.

Amsterdam has more canals than Venice and more bridges than Paris!

If you’ve ever been to Amsterdam then you’ll know you can’t walk for more than five minutes without crossing a bridge or seeing a canal!

In fact, Amsterdam has 165 canals and 1,281 bridges – with a whopping 80 bridges just around the canal ring alone!

Amsterdam’s heritage is that of a small fishing village located behind a dyke (or dam) on the River Amstel.

At the time, it was known as Amstelredam rather than Amsterdam.

As the village grew into a town and then a city, the network of canals running through it was further formed and shaped to help transport and trade – both with the outside world and within the city.

This maze of canals actually splits Amsterdam up into what is technically 90 small “islands”!

The city’s extensive network of canals and bridges provides it with some of its breathtaking sites.

For example, when you’re standing on the corner of Reguliersgracht and Herengracht you can see 15 bridges at the same time!

Amsterdam has the highest concentration of museums per square meter of all cities in the world!

Amsterdam has over 75 museums and some of the biggest art collections in the world.

As the home of the Van Gogh Museum and the Rijksmuseum, it should come as no surprise that Amsterdam boasts the world’s largest collection of Rembrandt paintings and Van Gogh artworks.

There are that many museums in Amsterdam that even Amsterdam’s Schiphol airport has a museum in it – making it the only airport in the world to have a museum!

It is located behind the initial passport control sections and is free for everyone to enter.

There are more than 1 million bicycles in Amsterdam.

As those who are lucky enough to have visited Amsterdam will tell you, there are bicycles everywhere!

After all, there are more than 250 miles of cycle paths weaving across the city.

A recent survey even showed that as much as 63% of Amsterdammers use their bicycles daily.

So it doesn’t come as too much of a surprise that there are over 1 million bicycles here.

However, this is a little odd, seeing as there are only about 822,000 people living in Amsterdam…

Still, though, it is estimated that every year some 25,000 bicycles are lost to Amsterdam’s canals – intentionally or otherwise!

Also, each year there are more than 100,000 bicycles stolen!

When you think of all the cycles that are there to be hired by tourists as well, all of these bicycle numbers start to add up a little bit more…

This is some feat, given that most of the city is either cycle paths, canals, or bridges.

But Amsterdam has a thriving park culture, with small children’s parks to the famous and stunningly magnificent Vondelpark that covers a ginormous 48 acres!

All the parks mean that you can always find a peaceful spot anywhere in Amsterdam no matter how busy it gets.

That said though if you’re looking for a bit of peace and quiet then maybe you should steer clear of Vondelpark – as it has more than 4,000 wild parakeets living there!

These parakeets are not a species of bird native to the Netherlands or Amsterdam but were bought there as pets whereupon a few escaped and started to breed and have lived in the city ever since.

Amsterdam’s main shopping street has existed for over 600 years!

Originally known as Byndewyck, this street became the main shopping street after the construction of the medieval city walls.

From 1486 until 1629, it was home to the city’s cattle market and became known as Kalverstraat, translating as “calf street”.

Kalverstraat has the highest rent prices in the Netherlands, with prices up to €3,000 per square meter! 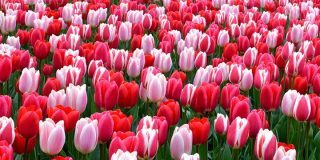 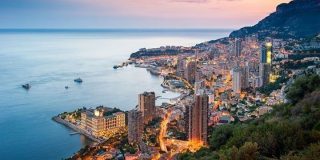 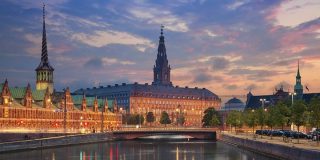