Who doesn’t love the taste of pineapples?

They’re definitely one of the most unusual looking tropical fruits, but what facts do you know about them?

Originally, ‘pineapple‘ was a name used for pine cones, the first recorded mention of the word dates back to 1398.

When this tropical fruit was discovered in America, the Europeans named them pineapples because of the resemblance to what we now known as pine cones.

A pineapple is not an apple, or pine. It’s actually a berry!

In Spanish, pineapples are called piña – which you’ve probably heard of in reference to the piña colada drink.

In the wild, pineapple plants can live & fruit for up to 50 years.

You can actually grow pineapple plants by slicing off the top of a pineapple and planting it in soil.

The world’s largest pineapple ever recorded was in 2011, grown by Christine McCallum from Bakewell, Australia. It measured 32cm long, 66cm girth and weighed a whopping 8.28kg!

75% of all pineapples sold in Europe are grown entirely in Costa Rica.

The Hawaiian word for pineapple is ‘halakahiki‘.

The Dole Plantation’s Pineapple Garden Maze in Hawaii has the record for the largest maze in the world, stretching over three acres! 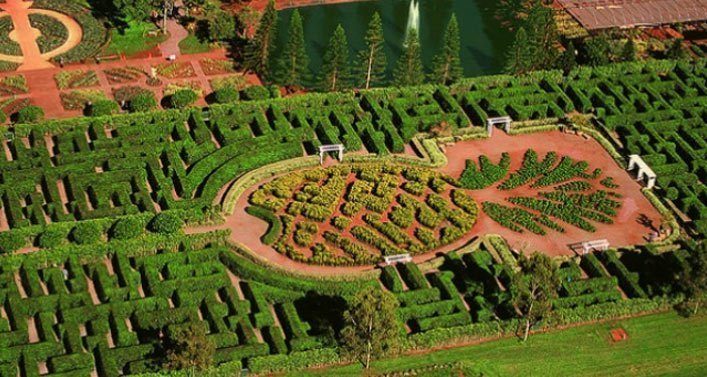 I visited the Dole Plantation on my vacation to Ohau, Hawaii – which was my inspiration for writing these facts.

If you’ve never been, I’d highly recommend adding it to your list!

Did you know that a pineapple is not an apple, or pine? It’s actually a berry!