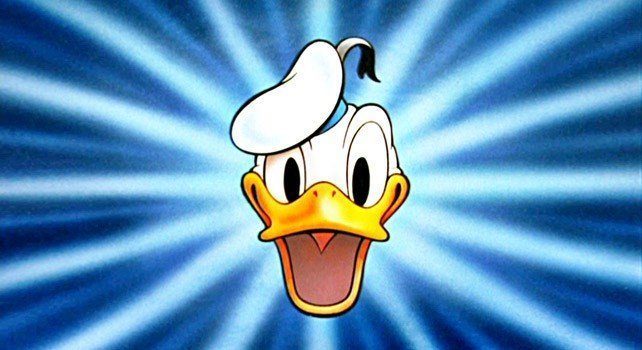 Donald Duck was born in June 1934 – considering his age, he’s still as quackers as ever!

Read the facts about the most famous animated duck.

Donald’s full name is Donald Fauntleroy Duck, he is normally seen wearing a sailor’s hat and shirt and either a black or red bow tie.

He is an American cartoon character from The Walt Disney Company.

He Lives with his nephews Huey, Dewey and Louie in a house in Duckburg.

The Voice of Donald Duck

Nash trained Tony Anselmo who was the voice of Donald from 1985 and onwards.

Donald Duck’s voice is one of the most recognizable voices of all animated characters.

Donald Duck on the Screen

Donald’s first film was called The Wise Little Hen which deputed in 1934.

One of Donald’s films titled Der Feuhrer’s Face won an academy award in 1943.

Donald Duck even has a star on the Hollywood Boulevard Walk of Fame!

Donald has appeared in 7 animated features, which is more than any of his animated friends.

In the 1940s, he was so popular that he featured in more cartoons than Mickey Mouse!

Donald Duck is the mascot of the University of Oregon.

Donald gets annoyed easily and he is extensively known for his unstable temper.