We live in a world these days where money really does make the world turn.

Be it paper, plastic, or pennies we make transactions on a near-daily basis. But have you ever stopped to consider how people would pay for things before they had a centralized currency?

Like could you imagine using wooden money made in your village because there’s no real money about?

Well over the years there have been many weird forms of currency, as well as strange notes and coins, and here are 24 of the most interesting! 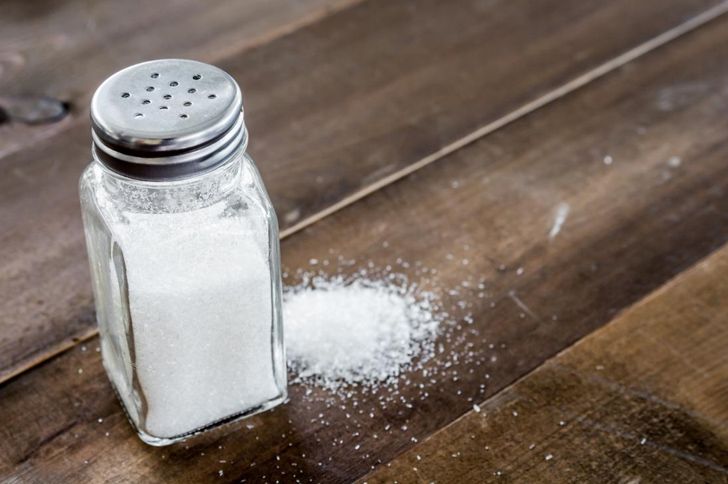 Salt is one of history’s oldest currencies and has been used worldwide – most notably as the main form of currency in East Africa through the Middle Ages.

In fact, the word “salary” traces its origin to the Latin “salarium”, which is a Roman word meaning “money used to buy salt”. 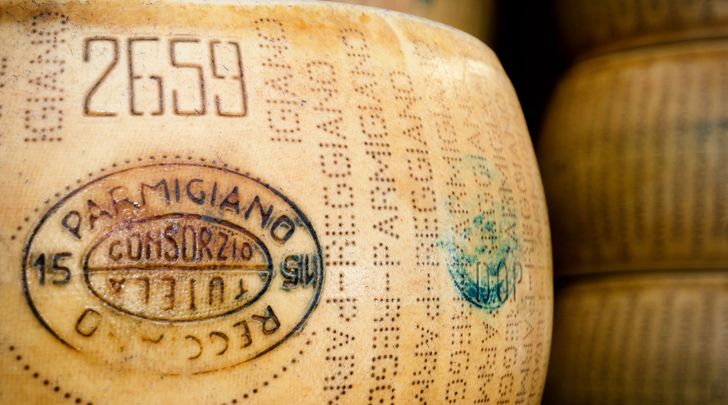 In Italy, Parmesan cheese has been used for financial operations since the Middle Ages.

It has historically been – and still is – used as collateral for bank loans due to both its value, as well as the fact that each compact wheel takes years to age, meaning it serves as a good collateral for financiers.

After World War II, Italy faced a huge recession. This form of collateral helped to finance cheesemakers during this tough economic period.

The Credito Emiliano bank has two climate-controlled warehouses that hold roughly 440,000 wheels of cheese with a total value of $187.5 million.

The Manchukuo Yuan is a coin used by Japanese Imperial forces during their occupation of Manchuria.

These coins were made from cardboard due to the high military need for metal during the war, coupled with the significant lack of natural resources in mainland Japan.

In the Solomon Islands, dolphin teeth were, and still heavily are, used as a form of currency.

Their value vastly increases whenever modern currencies, like the Pound, Dollar, and Euro decline.

Dolphin teeth are especially important when purchasing a bride, with the going rate of roughly 1,000 teeth per bride, which is the equivalent of 10 dolphins.

During the waning years of the Egyptian Empire, rings and jewelry became part of an informal bartering system.

This replaced the formal coin usage previously present within the region.

Cocoa beans were a favored form of currency in Central America, first used by the Maya as a barter material in exchange for things such as food or clothing.

In the 1500s, when Spain colonized most of Central America, the cocoa bean was introduced to the world and exported globally.

Due to the low yield of the cocoa plant, the beans became a rare commodity with a high price tag.

In 1555, there was an official exchange rate placed on cocoa beans that stated one Spanish real of white cotton cloths was worth 140 cocoa beans.

During 1946, as the result of Hungary’s serious economic strife and accompanying inflation, the world’s largest ever denomination of currency occurred with the Hungarian 100 quintillion Pengő note.

This lofty note was only worth about 20 American cents.

Definitely one of the stranger ones on the list by a long shot!

Bafia Potato Mashers were used as an ancient form of currency in the most important trades in Bafia culture.

In Ancient Bafia culture, one could purchase a wife for the price of thirty potato mashers.

In the 1600s, the world experienced one of its first major financial bubbles in Tulipmania.

During this time, the price and value of tulips rose to ridiculous highs, with many instances of tulips taking the place of Gilders as currency in transactions for houses, land, and farms – as well as Tulip bulbs being left to families as an inheritance!

As well as this, it also featured a button that, when pushed, would play a recording of JFK saying “Ich bin ein Berliner” in his famous 1963 speech supporting West Berlin.

Large bronze blades were an early form of currency commonly seen throughout China.

Roughly 2,500 years ago, a Chinese prince allowed his troops to use their knives as payment for goods when money was scarce.

The troops bartered with local villagers, and this trend caught on, becoming the normalized form of currency.

Used primarily during the Zhou Dynasty between 600 and 200 BC, these currency knives often featured a loop on the handle so they could be easily carried on belts and straps.

The Lobi were a set of ancient people who inhabited Ghana. They were mostly a farming culture often spending their time in fields.

As anyone who loves snakes will know, snakes love chilling out in fields.

So the Lobi forged themselves iron snakes that were either worn on their person or popped onto an alter to help ward off snakes.

These Lobi Snakes were such a prominent piece of Lobi culture that they were often used in barter and trading.

After the First World War, Germany’s economy was wrecked by the Treaty of Versailles and all that came with it.

As such, inflation was out of control across the country which led to some towns making their own bank notes out of wood.

This currency was referred to as “notgeld” which literally translates as “not gold”. 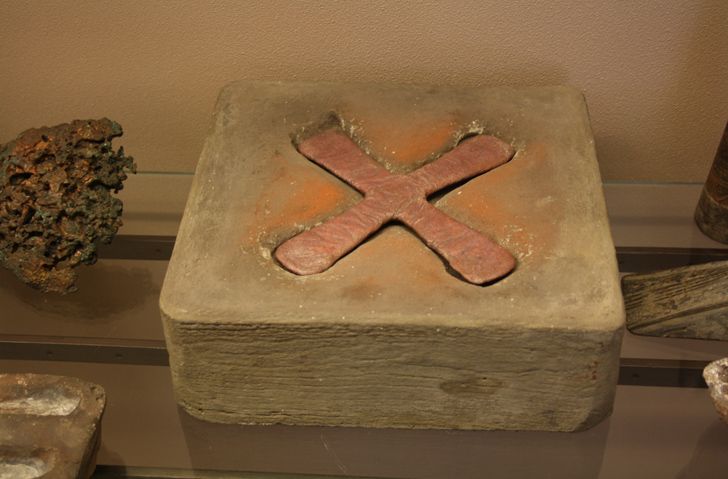 Originating in the mining region of Katanga in the now-Democratic Republic of Congo, these x-shaped copper crosses were the region’s primary form of currency for quite some time.

In fact, they were the most widely known form of Ancient African currency.

Cast from copper, the Katanga Crosses weighed between 1 – 2.5 pounds and were seen as symbols of great wealth – being used as a form of barter or trade.

The average going price for a Katanga Cross would be 22 pounds of flour.

Another one from the now-Democratic Republic of Congo!

The new government decided to save on the cost of printing new money by simply cutting the dictator’s face out of the current currency. 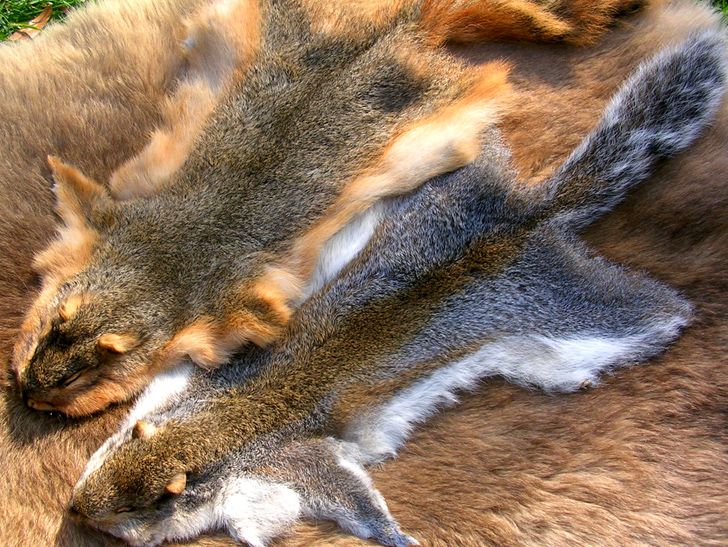 During the Middle Ages, Russia took a liking to trading in squirrel pelts.

Anyone who knows anything about the Russians will know they’re not wasteful people, and as such the squirrel pelt trade even used the squirrel’s claws and snouts for small change.

Not only was this strange form of currency good for Russia’s economy, it also helped them dodge the worst of the Black Plague that was sweeping the globe during the Middle Ages.

This is because rodents, such as rats and also squirrels, were the main carriers of the Plague, and by getting genocidal on them for their pelts it inadvertently helped stem the Plague’s spread.

Nowadays, Finland still recognizes squirrel pelts as a form of currency, with one pelt being worth roughly 3 cents.

In 2007, a silver dollar coin was issued in the country of Palau that contained a little vile of holy water from Lourdes, France, embedded in it.

The coin also features a picture of the Virgin Mary. 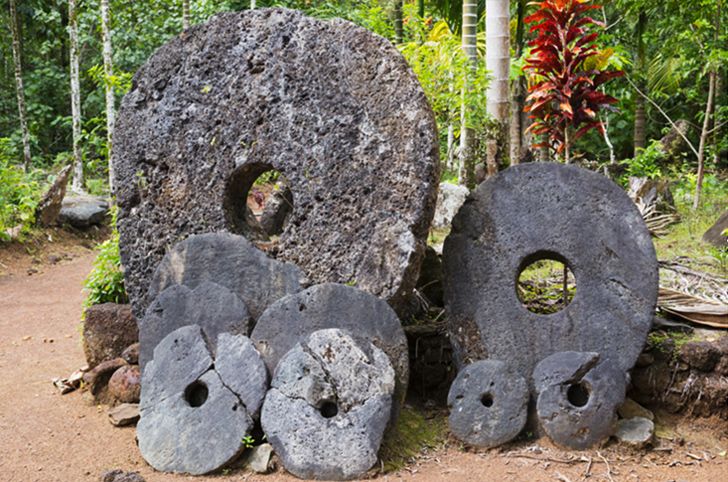 Rai Stones are gargantuan circular stones with a signature hole in the middle that are forged from a single piece of limestone.

Weighing up to 8 tons and measuring up to 12 foot tall, these behemoth stones are used as currency on the Micronesian island of Yep.

Due to the unique nature of these Rai Stones, each one holds its own individual value, with the difficulties experienced in making one adding to the product’s overall value as a piece of currency.

If a villager dies whilst transporting one across water in a canoe, or making one, its value increases exponentially!

Once, a villager transporting a Rai Stone capsized his canoe, and the stone was lost beneath the waves.

However, the stone was still used as a piece of currency, passing from owner to owner, even though it was buried at sea.

In the Fijian Islands, whales’ teeth were used as a form of currency up until the 20th Century to purchase anything from land to a hit on a rival chieftain.

The larger the whale’s tooth, the more valuable it was as a piece of currency.

Another one from Fiji! The seven dollar note.

It’s a normal piece of currency, yet is an oddly specific number for a note.

So why a seven dollar note?

It was released to celebrate the nation’s gold medal victory in Rugby 7s at Rio de Janeiro’s Olympic Games.

Kissi Pennies were used as a form of currency in many parts of Western Africa. Modeled by blacksmiths of the region, these are long strips of iron in a t-shape, with an “ear” on one end and a “foot” on the other.

These were used solely as currency and, if broken, couldn’t be used again without a ceremony involving a blessing from a witchdoctor.

Due to their low individual value, they were often bundled together in groups of 20 or so.

During their height, you could buy a bag of oranges or bananas with one or two Kissi Pennies. 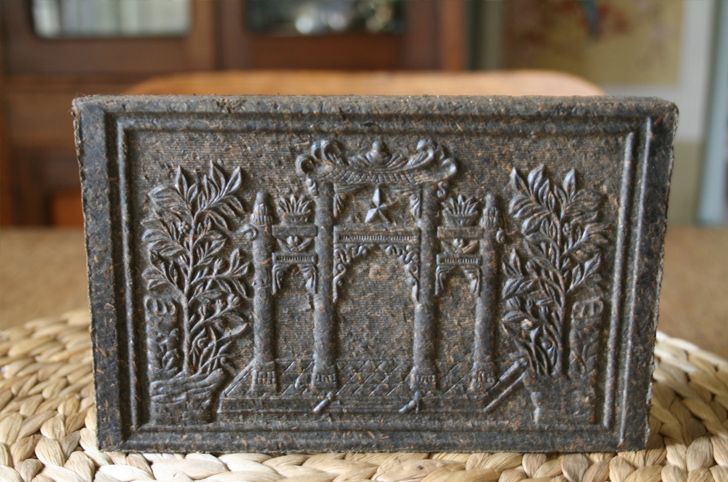 Tea bricks were used as a means of payment within China, Mongolia, Serbia, Tibet, Turkmenistan and Russia between the 9th and 20th centuries.

In Mongolia, tea bricks were a favored form of currency as they could also be used for nourishment, unlike most regular forms of currency.

No weird currencies list would be complete without the world’s smallest!

The world’s smallest piece of currency is the Quarter Silver “tara” of Vijayanagar and is only four millimeters in diameter.

You can bet you’d find those things in your pocket all the time!

The value of this is twice its face value, but it also fluctuates due to the global value of gold.

Finally, this coin also breaks a record for being the world’s first million dollar coin!

So there are 24 of the weirdest notes, coins and types of currency used at some point all over the world.

What was your favorite one? Let us know down in the comments!